Thank you for subscribing!
Got it! Thank you!
Home›Tips & News›Hotels›Which Hotel Brands Do the Best Job? The J.D. Power & Associates Results Are In 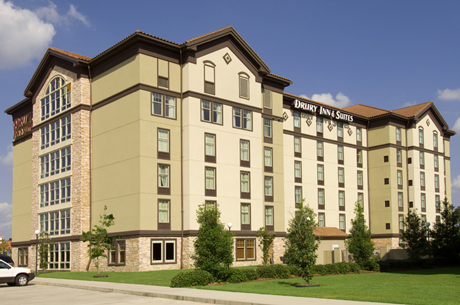 Which Hotel Brands Do the Best Job? The J.D. Power & Associates Results Are In


Pauline : Rick Garlick is the Global Travel and Hospitality Practice Lead for J.D. Power and Associates and is here to tell us about the massive study that J.D. Power just did that found that North American hotel guests are much more satisfied with their hotel stays.

Garlick: That's true. Thank you for sitting down with me.

Pauline: I want to make sure that this is news we can trust. How many people did you talk to, and what were the parameters of the study?

Garlick: I like to say ours is the most comprehensive study of traveler experience within North America. We spoke to over 60,000 hotel guests across all of the various hotel tiers from budget to luxury. Our survey was probably about 18 minutes long. It's comprehensive in that we ask about every single imaginable area that would impact traveler experience. Everything from the room experience the arrival/departure experience, services, food and beverage, and satisfaction with costs and fees, otherwise known as the value that you receive for the rate you pay.
advertisement

Pauline: When you talk to these people, wouldn't it be the case that sometimes folks who are traveling in summer and thus might be doing it for leisure, might be happier with their travel experience than the road warriors who hit the road in November and February?

Garlick: Well, thank you for asking about that. We do continuous tracking throughout the year. We begin in June of each year, and continue all the way through May of the following year to present a full year of data, so we correct for that seasonality that you reference.
advertisement

Pauline: So the overall finding of the study is that travelers are happier with their hotel room. How much happier are they? I assume it's quantifiable.

Garlick: Significantly happier in a very meaningful way. In our world we have a 1000-point index and when we see a shift of 15 points or more we consider that to be a very meaningful trend. This year we saw a 20 point increase, and over the last three years it has been a 47-point increase in people's satisfaction index.

Pauline: Well, why? Are the mattresses better? Is the soundproofing between rooms working better? What is it that accounts for the great outpouring of joy?
advertisement

Garlick: Several things. First of all the product is actually getting better. I don't think anybody who has stayed at a hotel over the past five years would deny that. Now when you go to a midscale hotel, hot breakfast is pretty much the norm, though it used to be you were lucky to get a stale roll and box of cold cereal. Beds have been improved as well.

Pauline: Before you move on from the beds, because to me that's the most important thing in a hotel room, how have they been improved?

Garlick: A lot of new technology. Westin was the first hotel chain to really focus on the bed with their Heavenly Bed concept and one of the things that people may not realize is that a lot of other hotels have copied that concept and in some cases bought the Heavenly Bed off of the Westin chain to replicate in their own hotels.
advertisement

Pauline: I've noticed that in a lot more hotels there are what are called pillow top mattresses, and we're seeing that more across the board.

Garlick: Absolutely, the other thing that people are concerned about is the blanket and the cleanliness and their own comfort when sleeping in someone else's bed. They've done a lot to improve the bedding and the quality of the bed itself.

Pauline: I have to say I hate duvets. I really want a sheet. Duvets get hot. It seems duvets have been the trend, or are we moving away from only having a duvet?
advertisement

Garlick: I think you can get almost anything you want based on the lifestyle of hotel that you choose. There is something for everybody and that's also a reason for the increased satisfaction.

Pauline: Some hotels are doing better than others. Let's go through the categories. On the budget end of the scale, which hotels are ranking the highest? Of the budget chains what do people like best?

Garlick: Microtel, by Wyndham. It's actually been a perennial winner now for many years.

Garlick: The hotels tend to be more updated, newly built, you don't have dingy- or dreary-looking buildings. They continue to maintain a very high quality standard for a budget property.

Pauline: I think one of the things I remember about Microtel was that they were one of the first to give free phone calls, both local and across the U.S. and to offer free Wi-Fi. How about the mid range properties?

Garlick: One in particular that deserves a mention is Drury hotels. Drury Inn and Suites is based out of St. Louis, they're a family-run chain, and they have perennially won the mid-scale category. This year we split it into lower and upper mid-scale, and Drury is upper. What's interesting about their score is this year they had a pretty significant increase in their satisfaction score. They rank now second in our entire study only behind Ritz-Carlton in terms of satisfaction. Ritz-Carlton actually set an all-time record for satisfaction in the hotel study and Drury Inn and Suites was right behind them.
advertisement

Pauline: So if you can't afford the Ritz, then head to Drury.

Pauline: Why is Drury so beloved?

Garlick: Well, being a family-run organization they have control over the quality of their hotel. A lot of times when you are franchising hotels, you don't have as much direct control over what takes place at the property. Another contributor to satisfaction to fit into your story, and why Drury is so successful, is that more travelers are matching their wants and needs to the offerings that are in the marketplace. Drury is a wonderful match for the customers that it attracts. If you were traveling five or ten years ago and you were going particular area to look for a hotel, you would typically buy based on the brand name, the rate, the location, but now you have so much information available to you to research hotels and match your specific needs.
advertisement

Pauline: That brings us to something we discussed earlier. You think that because of social media and the fact that the hotels are hearing more directly from their customers, they are more accountable.

Garlick: There is a level of visibility and public accountability like never before. If you had a bad experience at a hotel in the past, you really had no vehicle. They used to say if you had a good experience you tell one person and if you had a bad experience you tell five or 10. Now, if you have a bad or good experience you tell hundreds if not thousands of people through social media. There's a level of accountability that raises the game for hotels, and just like a footrace when everybody is running just a bit faster, it causes every single contestant in that race to run more quickly. The accountability that we see in social media combined with an improved product and service offering, combined with the fact that so much information is available to the consumer: These are the factors that are contributing tremendous rise in satisfaction that guests experience at a hotel.
advertisement

Pauline: Why is Ritz-Carlton whupping the other luxury resorts?

Garlick: Well I wouldn't say whupping. It's always a tight race between Ritz-Carlton and Four Seasons. Last year, Four Seasons ranked top in the category, and Ritz ranked first this time. Both hotel chains are very fine properties, but they've really got the key in that service is king.

Pauline: It's a fascinating study. Once again, it's the J.D. Power 2015 North American Guest Satisfaction Index Study. Thanks for sitting down with us Rick.
advertisement


This interview was broadcast on our weekly Frommer's Travel Show on nationwide radio.