Thank you for subscribing!
Got it! Thank you!
Home›Tips & News›News›Swiss Hotel Without Walls, New Machu Picchu Restrictions, and It's Too Hot to Fly in Phoenix: Today's Travel Briefing 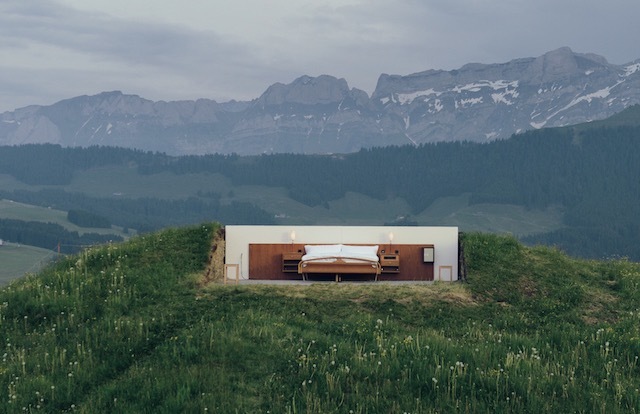 Swiss Hotel Without Walls, New Machu Picchu Restrictions, and It's Too Hot to Fly in Phoenix: Today's Travel Briefing

JUNE 22, 2017 — Good morning, everybody! Here's the latest from the world's hotels, airports, and ancient sites.

Starting in July, if you want to see Machu Picchu in Peru, you're going to have to see it during either a morning or afternoon tour.

Up to now, visitors were allowed to spend an entire day exploring the famed Incan citadel.

But officials worried about the effects of a constant stream of tourists have imposed the new restrictions as a means of conserving the site and its one-of-a-kind architecture.

Under the new rules, around 3,600 people will be let in from 6am to noon each day. Then, about 2,700 afternoon visitors will be allowed to take a look around after the morning group leaves.

Additionally, each and every one of those people will need to be on a tour led by a licensed guide.

TOO HOT TO FLY IN PHOENIX (TravelPulse)

Did you know that it can be too hot to fly?

Travelers are learning that little science lesson this week in Arizona, where a heat wave with temperatures that could reach 120 degrees forced American Airlines to cancel about 50 flights at Phoenix Sky Harbor International Airport on Tuesday.

Small regional jets were affected by the decision. Their maximum operating temperatures are slightly lower than those of full-size aircraft.

As temperatures around the globe are expected to continue climbing in upcoming decades, these sorts of travel disruptions could become increasingly common.

A HOTEL WITHOUT WALLS IN THE SWISS ALPS

There's no such thing as a partial or obstructed view at the Null Stern Hotel in the Swiss Alps.

That's because there are no such things as walls or ceilings here.

Dreamed up by conceptual artists Frank and Patrik Riklin and Daniel Charbonnier, the hotel's single "room" is actually just a double bed, incongruously set out in the open air, atop a 3,900-foot (1,200 m) peak in Switzerland's Appenzellerland region.

As bare-bones as the experience is, it does come with butler service, as well as transportation to and from a nearby train station. The nightly rate is 295 Swiss francs (US$302).

The project is a follow-up to a similar Null Stern endeavor from last summer that made our list of the world's weirdest hotel rooms (though that one was on a different mountain).

For more information on this year's edition or to book a stay, visit the Null Stern website. Because there's only one bed and you can only sleep in it during the warm-weather months, availability is extremely limited.