Thank you for subscribing!
Got it! Thank you!
Home›Tips & News›News›New Trump Hotel and Tower in Vancouver, Trump Slump in New York, and More: Today's Travel Briefing 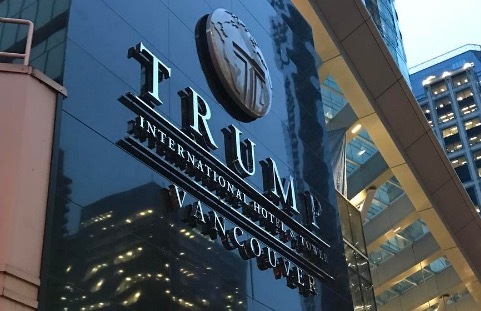 Good morning, everybody! Today's news is all about Trump, towers, and trains.

An estimated 300,000 fewer international visitors than initially expected will travel to New York this year, according to NYC & Company, the city's official tourism marketing organization.

The revised forecast, updated from a previous report in October 2016, takes into account "changing attitudes about travel and access to the U.S.," NYC & Company said in a statement, following "the recent travel ban and related rhetoric."

In other words, it's the Trump Administration's fault—a seeming trend in the travel world that some are dubbing the Trump Slump.

Despite the dip in international travelers, New York anticipates a rise in domestic visitors, which could actually increase the number of tourists overall.

But, as NYC & Company's statement points out, "It's important to note that it takes the spending power of four domestic visitors to equal what a single international visitor spends."

Whether it's true or not.

There's some Trump news north of the border, too . . .

A new Trump International Hotel and Tower is opening in Vancouver, and many in this proudly diverse and progressive British Columbia city aren't exactly what you'd call thrilled.

The 69-story building—the second-tallest in town—boasts a gleaming, twisty design by renowned Canadian architect Arthur Erickson. Owing to the structure's height and prime downtown location, its luxury condos and hotel rooms (which start at US$228/CA$300 per night) are said to have incredible views of the ocean and nearby mountains.

But the name out front, on the silver and gold blocks of chocolate in the minibars, and stamped elsewhere throughout the building rankles a number of Vancouverites who object to Pres. Trump's politics, particularly his stances on Muslim and Mexican immigration. As in many other parts of Canada, Vancouver prides itself on its multiculturalism; in fact, 48% of the city's residents are foreign born.

Mayor Gregor Robertson, who won't be attending the tower's official opening, wants the Trump name removed from the project. The building's Malaysian developers say that's not possible for legal reasons.

Other city officials, meanwhile, argue that the tower's glitz and glamour have no place in laid-back Vancouver. And still other critics worry that Trump's overseas business interests, though now officially overseen by his sons Donald, Jr. and Eric, violate ethics standards. The Vancouver property is the second Trump-branded site to open since the president took office; the first was a golf course in Dubai.

* INDIA IS GETTING AN UNDERWATER BULLET TRAIN (TravelPulse)

A few years from now, a high-speed bullet train will be zipping along the rails in India—and here's the really cool part: It will go underwater.

Part of India's effort to modernize its railway network, the train is planned for service between the cities of Mumbai and Ahmedabad; along the way, it would pass through a 13-mile undersea tunnel connecting Thane and Virar.

At the moment, the entire journey takes about seven hours. The new train, traveling at a speedy 350 kilometers per hour (217 mph), would reduce that to two hours.

The bullet train will be similar to the sleek Shinkansen of Japan—in fact, that country's government has agreed to cover 80% of the estimated $14.5 billion the project will cost. Analysts surmise that Japan is trying to counteract some of the infrastructure investments made in the region by rival China.

Construction on the bullet-train project is scheduled to begin in India next year and be finished by 2023.