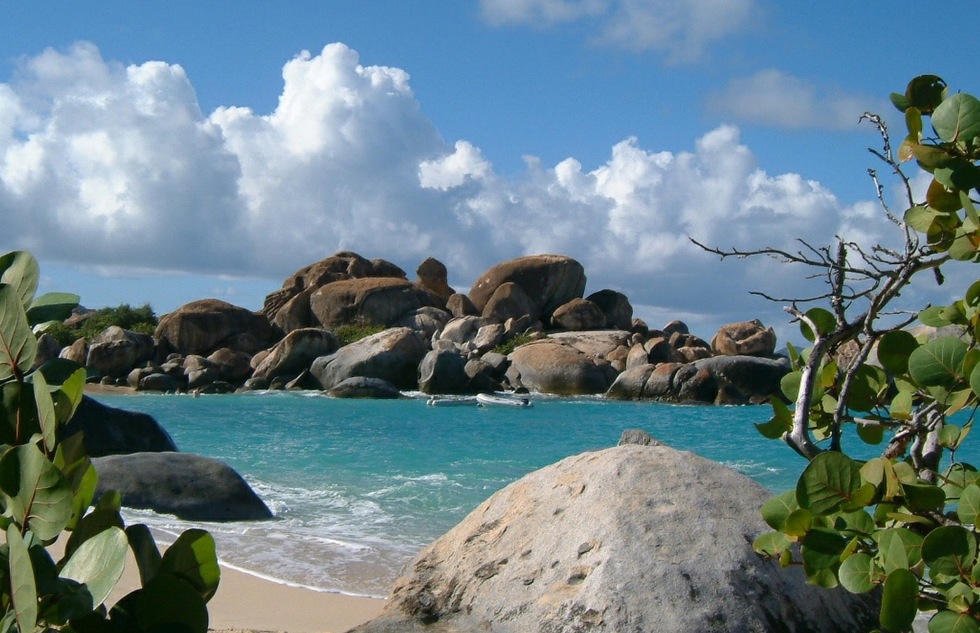 JUNE 19, 2017 — Good morning, everybody! Here's the latest from the world's islands, parking lots, and culinary tours.

The first nonstop commercial flights between the U.S. mainland and the British Virgin Islands (BVI) are expected to begin operating sometime this summer.

Up to now, most U.S. travelers have reached this floating Caribbean paradise by catching a connecting flight in San Juan, Puerto Rico, or taking a plane to St. Thomas in the U.S. Virgin Islands and riding a ferry.

But if all goes as planned, British Virgin Island Airways will soon be offering service between Miami and the BVI's largest island, Tortola. The carrier is still awaiting final clearance from the FAA.

A more convenient way of reaching the BVI from the U.S. could increase the islands' tourism numbers. Last year the territory received 406,000 overnight visitors, according to the tourism board, and 70% of those guests were Americans.

THE AIRBNB OF RENTAL CARS COMES TO L.A.

A car-sharing service aimed at travelers has come to Los Angeles.

With TravelCar, which originated in France in 2012 and has since expanded to 30 countries, users get free parking at LAX, in exchange for letting out-of-towners rent their cars while they're away.

The vehicle's owner is paid for every mile driven, and parking is still free even if nobody rents the car (and yes, it's insured against theft and damage). For renters, the company says its rates are up to 70% lower than those of conventional car rental companies such as Hertz and Avis.

So basically, the service is like Airbnb, only instead of letting a stranger stay in your home, you let a stranger drive your car around.

If that idea makes you nervous, you can still sign up with TravelCar to get discounted airport parking.

After L.A., the company plans to move into San Francisco and eight more U.S. destinations by the end of the year.

CHEESE TOUR OF PHILLY AND NEARBY FARMLAND

If you're going to plan a vacation around a food item, you could do worse than cheese.

For one thing, it's objectively delicious (except blue cheese, which is objectively gross). For another, it's associated with some lovely destinations in France, Italy, and elsewhere.

Crafting cheese-centric itineraries is the whole point of Cheese Journeys, a culinary tour operator that takes groups on cheddar odysseys through England and swiss-sampling trips in the Alps, not to mention visits to French farms, Tuscan villas, and Oregon vineyards.

In September, the company is setting out on its first East Coast tour, highlighting the artisanal cheese scene in Philadelphia and nearby Chester County, Pennsylvania.

Led by Cheese Journeys founder Anna Juhl and expert Tenaya Darlington—otherwise known as Madame Fromage—the 4-day, 3-night experience includes a private tour of Philly's historic Italian Market and, in the rolling farmland of Chester County, visits to cheese makers, cooking demos, vineyard tours, and a dinner at the acclaimed Talula's Table restaurant, where reservations are notoriously hard to come by.

The tour, which will take place September 1-4, costs $2,150 per person for single occupancy, $1,950 per person for double. That covers all of the above, plus lodging, meals, all classes and tours, and so many cheese samples you'll feel like a walking Kraft Single. Airfare, however, is not included.

For more information, check out the Cheese Journeys website.