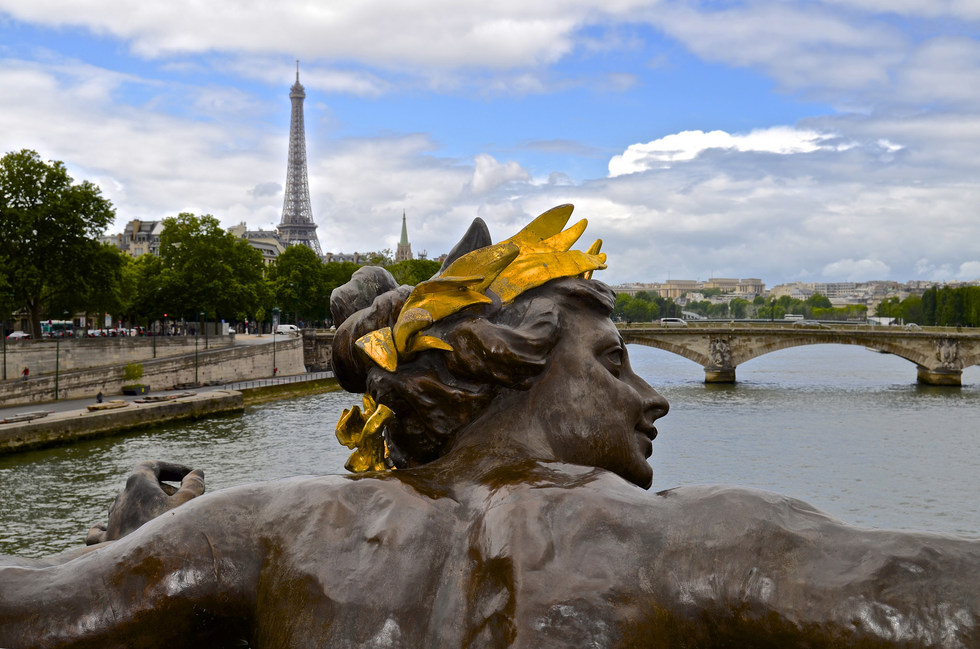 Good morning, everybody! Here's the latest from the world's tourism boards, ancient ruins, and extravagant hotels.

November 13 was the first anniversary of the Paris terror attacks that killed 130 people—and France's tourism industry is still struggling to recover.

After a promising start to the year, incoming flights to the country dropped a little over 1% in the second quarter, while flights to Paris were down about 4%. Though final figures for the third quarter aren't available yet, analysts estimate that the Bastille Day attacks in Nice only worsened the situation. They expect a significant decline in the number of Americans visiting France during the holiday season as well.

But French tourism officials are optimistic about the prospect of a rebound in 2017. They point to a number of upcoming hotel openings in Paris and new museums and cultural events throughout the country.

While the numbers are down in Paris and Nice, cities such as Lyon, Marseille, and Bordeaux—where the wine shrine Cité du Vin opened this year—have actually experienced recent increases in tourism.

Rome's newest tourist attraction opened to the public last week. And as with so many sites worth seeing in that ancient city, it's actually not new at all.

For centuries a huge muddy field, the spot known as Circus Maximus was once used as a stadium for chariot races, religious ceremonies, processions, and other big public events in the days of ancient Rome.

Six years of excavations have turned the site into an archaeological ruin where you can see very old latrines, what remains of a triumphal arch, and equine artifacts recovered from the dig. Climb a restored medieval tower for a better view of the scene.

For travelers with deep pockets and an overabundance of holiday spirit, several luxury hotels across the country are offering over-the-top Yule-themed packages. Here are three of the most ridiculously extravagant options we've come across so far (we'll update this list as we encounter more):

* At the Schofield Hotel in Cleveland, you can stay in a suite designed to look just like Ralphie's home in the classic holiday comedy A Christmas Story. In addition to holiday decor, the room will have bunny-suit robes, a decoder ring, Lifebuoy soap, and, of course, a sexy leg lamp. Don't expect to find a Red Ryder BB gun, however, because, well . . .

Rates for the Ralphie Suite start at $679 per night.

* The Ritz-Carlton, Dove Mountain near Tucson will soon unveil a lifesize gingerbread house where up to six guests at a time can have lunch or dinner. The edible structure will be constructed from 400 pounds of honey, 856 pounds of sugar, 350 pounds of flour, 100 pounds of ginger powder, 50 pounds of cinnamon, 10 pounds of nutmeg, and 250 eggs. There will be a working fireplace inside, too.

* Finally, there's the borderline-appalling Christmas State of Mind Package at Langham Place in New York City. For an astronomical $150,000, you get accommodations in a brand-new penthouse, use of a chauffeur-driven Rolls-Royce, an eight-course tasting menu served in your suite by a James Beard Award-winning chef, four seats at the New York theatrical production of your choice, four VIP tickets to the top of the Empire State Building, two in-room massages, and a fully decorated Christmas tree in your room—with wrapped gifts for you to open.

It's billed as a Christmas package, but the money-to-burn, let-them-eat-cake feel of it makes us think more of Bastille Day.