Thank you for subscribing!
Got it! Thank you!
Home›Tips & News›News›"Game of Thrones" on a Beach in Spain, Harassed Baby Seals on Beaches in England, and More: Today's Travel Briefing 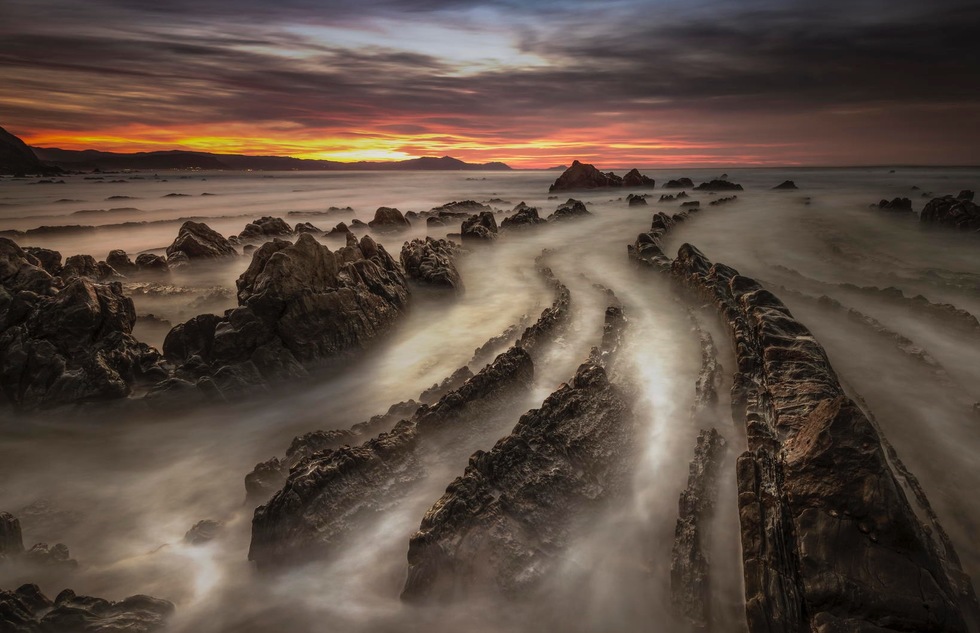 "Game of Thrones" on a Beach in Spain, Harassed Baby Seals on Beaches in England, and More: Today's Travel Briefing

* WHERE TRAVELERS CONCERNED ABOUT SAFETY ARE GOING (IT'S NOT FRANCE) (New York Times). Following the terror attacks in Paris, Brussels, Istanbul, and Nice that have taken place since November, we've heard a lot about how safety concerns are having a negative impact on tourism in those places.
The downturn has been especially pronounced in France, one of the world's top travel destinations. One recent report found, for example, that a million fewer people visited Paris from January to June of this year compared with the same period in 2015.
But according to a New York Times analysis of airline data, tourism statistics, and info from travel agencies, those concerned travelers aren't necessarily staying home.
In fact, the Department of Commerce's National Travel & Tourism Office reported in April that travel to Europe from the U.S. was up 5%.
Still, the Times's research suggests that the focus for European trips is shifting, at least for now, away from France toward destinations like Spain, Ireland, and Iceland, which have reputations for being safer. Other international spots such as the Galápagos Islands and Vietnam have also seen increased interest for the same reason.
Let that one soak in: Vietnam is now considered safer than France. Boy, can things change in 40 years.
In North America, meanwhile, travelers have been flocking to Canada, particularly Newfoundland, Quebec, and British Columbia.
"Canada's a triple whammy," one high-end tour operator told the Times, praising the country's popular prime minister, favorable exchange rate, and safe reputation.
The National Parks of the U.S. have seen a surge in popularity this year, too—though it's not clear whether that has to do with concerns over security abroad or the National Park Service's much ballyhooed centennial.

* "GAME OF THRONES" TO FILM ON BEACH IN NORTHERN SPAIN (Travel + Leisure). On the one hand, we have a hard time understanding why people would base their travel plans on what they see on Game of Thrones, given that life in Westeros seems pretty horrific all around.
On the other hand, some of the landscapes that appear in the HBO fantasy epic are so stunning that maybe it's possible to look past whatever violence, intrigue, or creepy family relations are taking place in the foreground.
That surely explains why some of the show's shooting locations, including Croatia and Northern Ireland, have seen tourism booms during the run of the series.
When the upcoming seventh season hits the air, fans might have another site to add to their travel wish lists: Muriola Beach, a rugged, cliff-protected stretch of sand near otherworldly rock formations and the village of Barrika in Spain's Basque Country.
(Photo: Jesús Ignacio Bravo Soler/Wikimedia Commons)

Game of Thrones will start filming scenes on the beach in October. No information has been released yet about which characters will be involved, though some fans are speculating that this could be the landing area for Daenerys and her fleet.
At the moment, Muriola is frequented mostly by nude sunbathers.

* STOP TRYING TO HELP BABY SEALS IN CORNWALL (The Telegraph). If you happen to be in Cornwall on the southwestern tip of England and you see an adorable newborn seal resting on the beach, do the world (and especially the seal) a favor and LEAVE IT ALONE.
Authorities in the area have had to issue a similar warning because baby seals kept getting herded into the water by well-meaning but wrong-headed tourists who assumed that the furry pups had been abandoned by their mothers on the sand.
In fact, it's completely normal for seal pups to doze on the shore while their mothers watch them from the sea, and human interference does more damage than good. Not only can it break the maternal bond, but the animals have been known to bite and spread harmful bacteria.
Delia Webb, a biological scientist with the Friends of Portheras Cove, says one pup, nicknamed Snoozy, "suffered terribly by being harassed by beachgoers," and marine medics had to be called out twice in one afternoon to assess his condition.
He's doing fine now, but could use a little peace and quiet. As Jezebel put it, "Please just let Snoozy snooze." 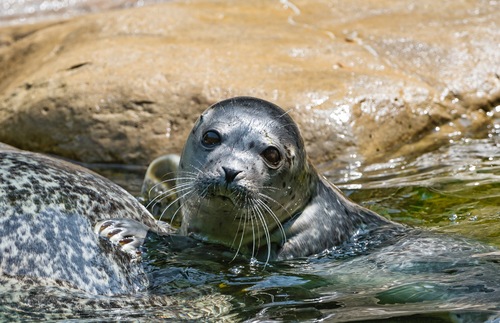