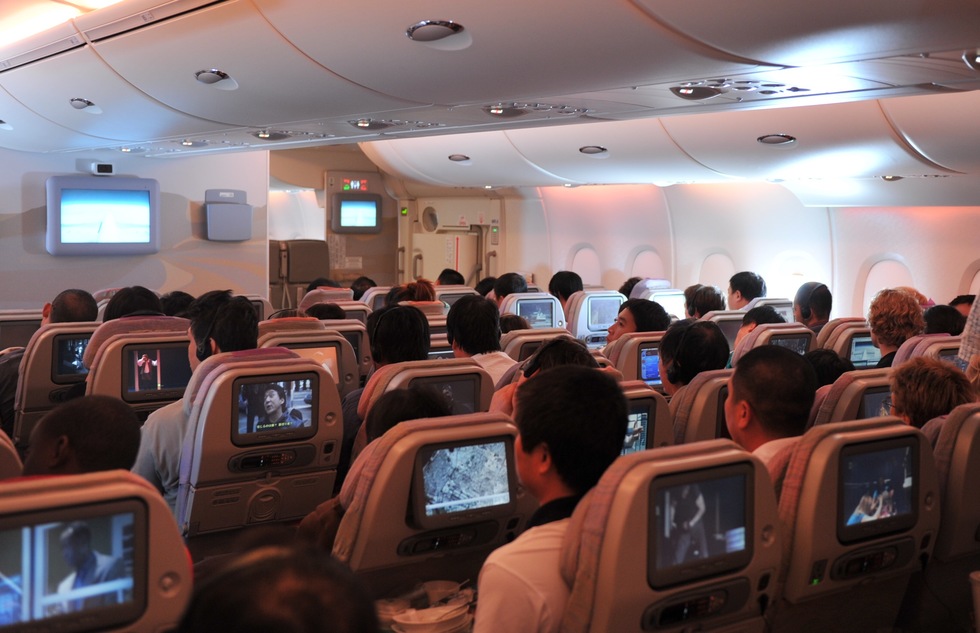 Good morning! Hope you had a nice holiday weekend. In today's travel roundup, we've got good news and bad news related to air travel. Let's start with the good . . .

* COFFEE UPGRADE ON UNITED AIRLINES (USA Today). Coffee lovers who fly United Airlines got a reason to perk up on Friday. That's when the carrier began serving the premium Italian coffee Illy on flights worldwide. When United merged with Continental Airlines in 2010, the company switched from Starbucks to whatever rotgut Continental was using—one of many operational missteps, large and small, following the merger. But lately United has been making a push to improve its reputation with customers. For starters, they've brought back complimentary snacks in economy class, and made over the international business-class cabin. Now here comes the fancy coffee.

And now here comes the bad news for air travelers . . .

* AIRPLANE MAKERS SQUEEZE EVEN MORE PEOPLE ON BOARD (The Telegraph). If you've ever sat in coach and thought that another person couldn't possibly be squeezed onto the plane, you've underestimated the ingenuity of the aeronautical industry when it comes to making you uncomfortable. Airbus, makers of the A380—currently the largest passenger plane lumbering through the skies—has revealed a new configuration that can cram 11 people into the same row. In economy class, the new seating plan features a central section of five seats (instead of the previous four), flanked by aisles and two sets of three seats. Which means all the starting offensive players for the Denver Broncos can now sit in the same row. Airbus says the change would help airlines maximize profits by packing another 23 passengers into economy class.

* SHORT-TERM RENTALS BANNED IN ANAHEIM (Orange County Register). The city council of Anaheim, California—home of Disneyland—has voted to ban the operation of all short-term rentals, which will have to shut down within the next 18 months. Given that the city is a popular tourist destination due to its proximity to Orange County theme parks and beaches, Anaheim has a slew of vacation rentals listed at sites such as Airbnb and HomeAway, which offer travelers a way of saving on accommodations via the "sharing economy." But residents say such properties are functioning as mini hotels in neighborhoods not zoned for them, and tourists are hogging parking spots, throwing noisy late-night parties, and leaving garbage on the streets.
The vacation-rental industry has faced similar complaints in several locations across the country. Just last month, the state legislature in New York passed its own ban. That bill now awaits action from the governor.

* '70S TEEN STAR NO LONGER A CRUISE DIRECTOR. Back in December, we told you that Eight Is Enough and Charles in Charge star Willie Aames was working as a cruise-ship director on the upscale Viking Star. The 1970s teen heartthrob had been in the cruise-directing line—in charge of a ship's activities, entertainment, that sort of thing—since 2010, having previously worked with Regent Seven Seas.
Well, it turns out Aames is calling it quits and returning to acting. After he tweeted about his involvement in a new Christmas-themed movie for the Hallmark Channel, we pointed out that he must have left the cruise ship, and Aames confirmed his departure, tweeting, "I resigned from Viking (Ocean Cruises)... The Sea no longer calls... :) #Gratefulbutoverit" He later added, "Was a very nice experience over the last 8+ years... but time to let my feet take root..."

Guess when it comes to years as a cruise director, 8+ is enough.