Thank you for subscribing!
Got it! Thank you!
Home›Tips & News›News›Halloween at Dracula's Castle, Sexual Assault on Flights, and More: Today's Travel Briefing 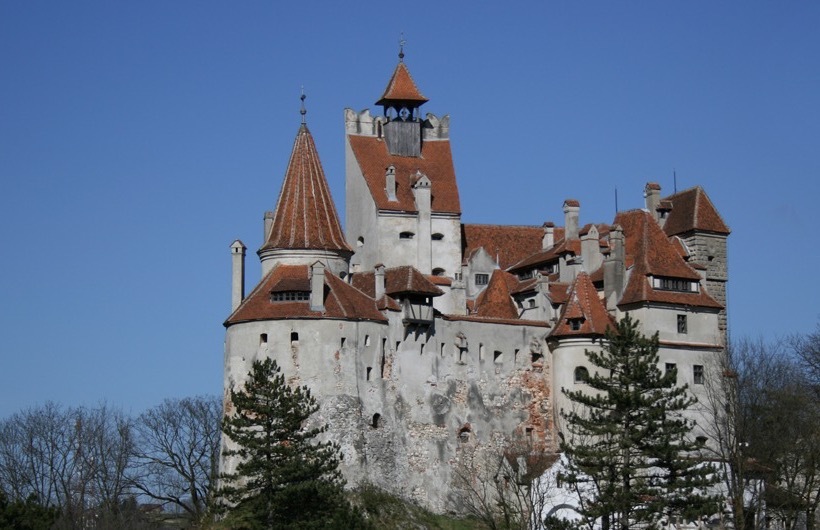 Good morning, everybody! Here's the latest from the world's airplanes, islands, and castles.

The accusations from 11 women who say that Donald Trump kissed or touched them sexually without their consent have brought renewed national attention to the issue of sexual assault. And that includes incidents on airplanes; one of the accusers, Jessica Leeds, alleges that Trump groped her during a flight in 1979 (for the record, he says she's lying).

In an article in the New York Times, several air-travel experts argue that in the intervening decades, it's gotten only easier for offenders to attack victims on planes.

As a matter of fact, the FBI reports that investigations into in-flight sexual assaults have increased 45% this year so far (from 40 for all of 2015 to 58 in 2016, with more than two months still to go). And that number doesn't include incidents reported to local and airport police, or the estimated 75% of all sexual assaults that go unreported.

As contributing factors, observers cite cramped cabins with seats as narrow as 16.5 inches in some cases; passengers who have been served an excess of alcohol, either at airport bars or on board; and fewer flight attendants walking up and down the aisles, particularly on night flights when lights are dimmed.


* AMERICAN AIRLINES OFF TO A SLOW START IN CUBA (Travel Weekly)

U.S. airlines are set to begin commercial service to Havana next month. American Airlines, for example, will be flying to the Cuban capital four times a day from Miami starting November 28, and once per day from Charlotte starting November 30.

But in the carrier's third-quarter earnings call with reporters last week, executives revealed that sales to Cuba are off to a slow start.

In September, American began operating flights from Miami to the Cuban cities of Camaguey, Santa Clara, Cienfuegos, Holguin, and Varadero. Without providing any details, the company said on Thursday that restrictions in the Caribbean nation are somehow slowing sales to those destinations.

Nevertheless, American CEO Doug Parker insists that a gradual buildup was always part of the plan.

"This is not something we didn't expect," he said. "It's a new market."

Whatever your Halloween plans are—trick-or-treating, attending a house party dressed as Ken Bone, what have you—we're guessing your evening won't be as memorable as the one that two contest winners will spend as part of a promotion from Airbnb.

That pair will get to sleep at Dracula's castle in Romania—making them the building's first overnight guests since 1948.

To apply, all you have to do is use your "vampiric wit" to come up with an answer to the question, What would you say to Count Dracula if you met him?

Winners will be flown to Romania and then taken to the Carpathian Mountains for a stay at Bran Castle, famous for its connection to Vlad the Impaler, who inspired Bram Stoker's 19th-century vampire story.

The prize includes a tour of the castle, a candelit dinner in the grand dining room, and a meet-and-greet with one of Stoker's descendants, who'll be in character as Jonathan Harker from the novel. And yes, the winners will have the chance to sleep in coffins lined in red velvet (though there will also be beds nearby if that idea creeps them out too much).

Airbnb's rules for the evening: no garlic, silver jewelry, or mirror selfies.

The deadline for entering is Wednesday, October 26.