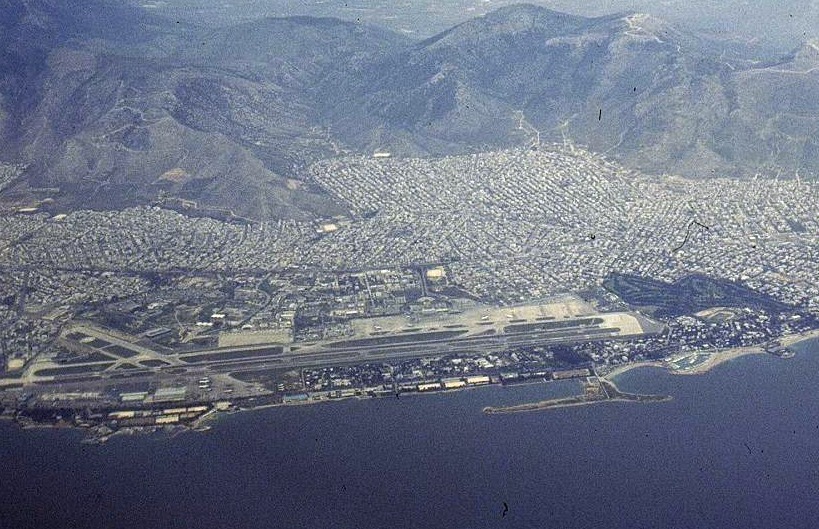 Welcome to the working week and to the first day of August. Here's what's happening today in the world of travel.

* HOUSTON'S CRUISE PROJECT SINKS FOR GOOD (Houston Chronicle). Looks like Houston's hopes of becoming a cruise destination have finally sunk for good. Port of Houston authorities voted last week to seek another use for the city's Bayport Cruise Terminal, which has sat empty since April, when Norwegian Cruise Line and Princess Cruises stopped setting sail from there. Port commissioners had offered the lines a slew of incentives to the tune of $6.7 million, which, in addition to the terminal's more than $100 million pricetag, had led many critics to dub the project a swindle.
The idea had been to provide a boost to the Houston economy as in nearby Galveston, where cruising generates millions in revenue from tourist dollars. But Galveston's terminal is in a more attractive area than Houston's, which is situated in a largely industrial part of town that lacks the sort of shops and restaurants that draw visitors. Additionally, cruises from Galveston launch right into the Gulf of Mexico; from Houston, you had to travel through the less scenic, often fog-clogged Ship Channel for up to three hours before you reached the open seas.
The port authority is trying to sell the terminal's gangway system before finally walking away from a project many deride as an expensive mistake.

* DEVELOPERS WANT TO TURN CLOSED ATHENS AIRPORT INTO HUGE COASTAL RESORT (Condé Nast Traveler). A developer's plans for what was once Ellinikon International Airport in Athens would turn the facility into one of the biggest coastal resorts in Europe. Closed in 2001 to make way for Athens International Airport, Ellinikon currently serves as a makeshit refugee camp for more than 3,000 people who have fled Asia and the Middle East. But a 7-billion euro plan from a company called Lambda Development calls for relocating those refugees to places throughout the country and turning Ellinikon—with its prime, 1,530 acres of seaside property—into a resort with homes, hotels, shops, a park, and a 0.62-mile beach that would be open to the public for free.
Parliamentary and court approval are still pending, but the developers say they hope to get started on construction in 2017 for an opening as early as 2020.

* TOURIST ORDERED TO PAY $44K FOR VIOLENT YOGA INCIDENT ON PLANE (Associated Press). Back in March, Korean tourist Hyongtae Pae was arrested after he became violent on an airplane when he wasn't allowed to do yoga—a story noteworthy in part because you don't often hear "violent" and "yoga" in the same sentence. Pae, who's in his 70s, and his wife were on a United Airlines flight from Honolulu to Tokyo; the couple had just celebrated their 40th anniversary in Hawaii and were headed home. But some time during the meal service, Pae went to the back of the plane for a little yoga and meditation. He refused to return to his seat when asked to do so by the flight crew, and began instead threatening to kill people onboard, shoving his wife, yelling that there is no god, and trying to bite and head butt those attempting to restrain him. It got so bad that the pilot had to turn the plane around and return to Honolulu.
In April Pae pleaded guilty to interfering with a flight crew and was allowed to return to South Korea. Last week a federal U.S. judge ruled that he wouldn't have to serve any additional jail time but must pay United Airlines more than $44,000 in restitution. He also might not be allowed to return to the United States.