Thank you for subscribing!
Got it! Thank you!
Home›Tips & News›News›No More Glasses in Passport Photos, Cruising with Pets, and More: Today's Travel Briefing 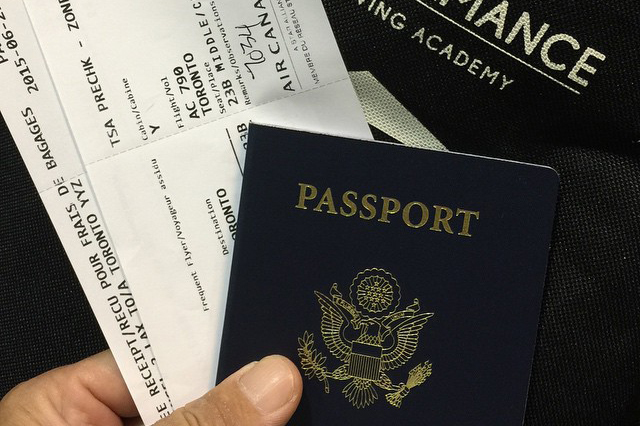 Good morning, everybody! Here's the latest from the world's museums, cruise ships, and designated passport-acceptance facilities.

As of yesterday, November 1, the State Department will no longer accept passport photos of applicants wearing glasses. You'll have to take them off for your pic, even if you wear them in everyday life.

Evidently, specs tend to obscure your face, even as they make the world clearer for the wearer.

In 2015 more than 200,000 passports were delayed because of low-quality photos, and the number-one problem was glasses. "We had to put their passports on hold," the government said in a news release, "because we couldn't clearly identify them from their photo."

The new rule is expected to result in fewer delays in first-time passport applications as well as renewals.

For the first time in decades, a new museum has opened in war-torn Iraq. Its location: a palace that once belonged to Saddam Hussein.

The former dictator had nearly 100 over-the-top residences scattered throughout the country. This one, the Lakeside Palace, stands in Basra in the south of the country.

The building is now the home of the Basra Museum, a facility dedicated to preserving and showing off antiquities from Iraq's long and rich history.

Eight years in the making, the museum currently has only one exhibit, which displays artifacts dating back more than 2,000 years, including silver coins, pottery, coffins, and tiles. Three additional galleries will eventually cover the region's Babylonian, Assyrian, Sumerian, and Islamic eras.

The museum's director, Qahtan al-Obaid, says he chose the location to "replace the themes of dictatorship and tyranny with civilization and humanity."

* THE ONLY CRUISE SHIP THAT WELCOMES DOGS AND CATS (Boston Globe)

Reflecting the growing trend of traveling with pets, there are tons of dog- and cat-friendly hotels and vacation rentals to choose from. But when it comes to taking your fur ball on a cruise, you have exactly one option: Cunard's freshly renovated Queen Mary 2, the only passenger vessel at sea that allows dogs and cats (other than service animals, of course).

Even then, they're only allowed on Deck 12, which has a newly expanded kennel area, thanks to the ship's recent multimillion-dollar overhaul; up to 24 animals can be accommodated. The space features indoor and outdoor areas for play and exercise, and the decor includes a fire hydrant and original, pet-themed artwork.

Each pooch and kitty gets freshly baked treats as well as a fleece coat emblazoned with the Queen Mary 2 logo.

A full-time kennel master is on board to take care of feeding and walking and such, but you can hang out with your pet as much as you want during the day.