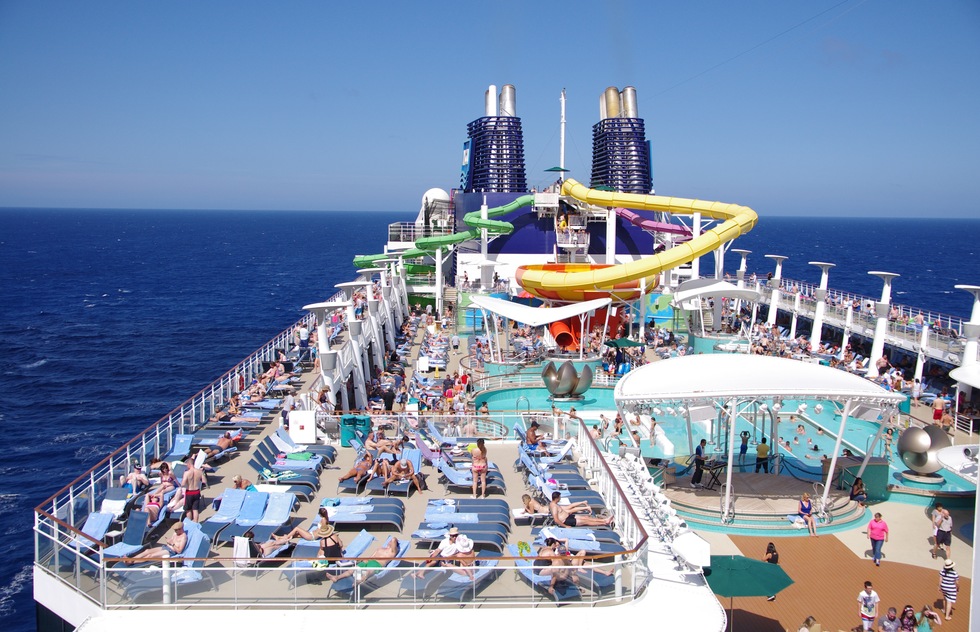 APRIL 25, 2017 — Good morning, everybody! Here's the latest from the world's cruise lines, small towns, and thoroughfares.

The days appear to be numbered for Bangkok's storied street-food scene.

In an effort to clean up the city's thoroughfares, Thailand's government has begun removing the beloved food stalls where locals and tourists alike fill up on cheap but tasty rice dishes, noodles, and sweets—the best street food in the world, according to a recent CNN ranking.

The first wave of the cleanup affected Bangkok's major roads only, but government officials say they won't rest until they've de-cluttered all 50 of the city's districts.

You might be able to find the occasional pushcart vendor, but they won't be allowed to linger—any stall obstructing the sidewalk has got to go.

Something that might surprise you if you're not a regular cruiser: As recently as five years ago, lifeguards were nowhere to be found at the pool areas of the major lines' ships. There were caution signs posted, but passengers swam at their own risk.

Now another big player in the industry, Norwegian Cruise Line, has announced that lifeguards will soon be on its ships, too.

Trained and certified by the American Red Cross, Norwegian's on-staff life savers will monitor family pools during scheduled hours. They'll appear this summer on Norwegian's four biggest ships—Escape, Getaway, Breakaway, and Epic. The rest of the fleet will have lifeguards by early 2018.

The move follows several instances of children coming to harm in cruise ship pools in recent years, including the 2015 drowning death of a 10-year-old girl aboard the Norwegian Gem.

You probably associate John Wayne with the American West. But the film legend was actually born in Iowa. His hometown, Winterset, is the site of the John Wayne Birthplace Museum, which organizes an annual celebration around the Duke's birthday at the end of May (born in Winterset on May 26, 1907, he died in 1979).

This year marks the 10th anniversary of the event. On May 26-27, the town will host screenings of Wayne's movies at the recently restored Iowa Theater, an all-horse parade featuring a Wells Fargo stagecoach, a barn dance, and other good old-fashioned activities you don't have to be a diehard fan of movie westerns to enjoy.

The guest of honor is Johnny Crawford, a cast member of the late '50s/early '60s TV show The Rifleman, who also appeared with Wayne in Howard Hawks's El Dorado.

In the movie, Wayne shot him dead.