Thank you for subscribing!
Got it! Thank you!
Home›Tips & News›News›Weddings at Vegas Taco Bell, New North Carolina Island, and Trump at Disney World: Today's Travel Briefing 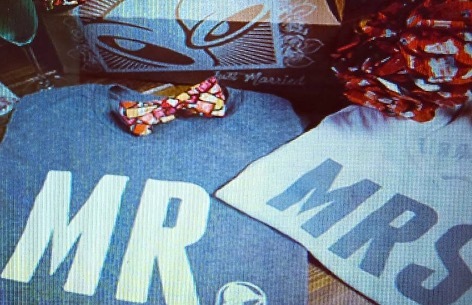 JUNE 30, 2017 — Good morning, everybody! Today's updates all have to do with the United States—from the beaches of the East to the Taco Bells of the West.

A new island has appeared off the coast of North Carolina—just in time for summer.

Formed by powerful currents and storms over the past several months, the massive sandbar has emerged from the Atlantic Ocean near Cape Point on the state's Hatteras Island.

A new island that’s appeared off the North Carolina coast is exciting water-loving locals and tourists alike. It's being called Shelly Island. Visitors say it’s a great place to collect seashells. And thanks to the changing tides of the Atlantic Ocean, those enjoying Cape Hatteras' Cape Point can now trek to this newly formed island. But, if you go, the park service is warning visitors not to swim out (use a flotation devices such as a paddle board or surfboards) because of the dangerous currents and riptides that helped form the massive sand bar. (@chadonka) #ShellyIsland #CapeHatteras #CapePoint #NorthCarolina

This newest addition to the Outer Banks has been dubbed Shelly Island—which is appropriate since its sands are said to be a goldmine for seashell collectors.

It's possible that the island could eventually return to the sea or grow to connect with its larger neighbor.

If you'd like to visit, local officials warn that you should definitely not swim here from Hatteras, lest you get swept away by the same riptides that helped make the island. There might be sharks in the waters, too.

For safety's sake, only attempt a crossing with an experienced boater.

Disney has refuted the notion that the Hall of Presidents attraction at Walt Disney World in Orlando will take a different approach to incorporating the current occupant of the Oval Office.

In two stories published in May and June, Vice Media's Motherboard reported that in order to avoid giving an animatronic Trump speaking lines in the attraction, Disney would likely revert to the pre-1993 version of the Hall of Presidents, in which the only speakers were the robots representing Abraham Lincoln and George Washington.

Citing factual errors and poor sourcing, Motherboard has now retracted both of those stories.

What's more, Disney Parks editorial content director Thomas Smith wrote in a blog post that Pres. Trump will indeed have a speaking part in the updated attraction, "like every president since 1993."

Trump's recording session has already been scheduled, according to Smith, and will be incorporated into the Hall of Presidents when it's expected to reopen late this year.

The attraction is currently closed while it's being refurbished.

Here's a destination wedding idea for couples who think outside the box—or outside the bun, as the case may be.

Starting on August 7, you can get married at a Taco Bell on the Las Vegas Strip.

All you and your betrothed have to do is walk up to the counter at the Taco Bell Cantina at 3717 Las Vegas Blvd. S., and order a $600 wedding package that includes the ceremony, champagne flutes emblazoned with the fast food chain's logo, a bouquet made from hot sauce packets, and food for up to 15 guests.

We think that instead of throwing rice, restaurant employees should pelt the happy couple with ground beef from those meat guns used to fill the tacos.

There are a couple things you should know before you tie the knot at the Bell. First, you'll already need to have a marriage license when you show up to order your nuptials from the cashier. And second, you may have to wait up to four hours for an officiant to arrive from a pop-up wedding company called Flora Pop.

A four-hour wait? You call this fast food?!