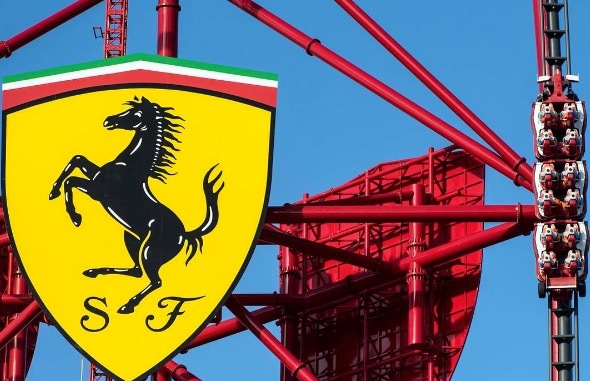 APRIL 12, 2017 — Good morning, everybody! Each of today's news items comes with a video. We'll start with the most unpleasant.

What started as a routine flight overbooking turned ugly on Sunday, when United Airlines sought four volunteers to give up their seats in order to accommodate crew members who needed to travel from Chicago to Louisville for a flight the next day.

No one accepted the offer of $800 in compensation for a seat, so United selected four unlucky passengers to remove from the flight. When one of the four refused to leave, police physically removed him in a rather disturbing manner as other horrified passengers looked on. The man appeared to be injured and disoriented from the incident.

Passengers seated near the man used cell phones to record the dramatic scene, and subsequently posted the videos to social media. This video uploaded to Twitter has been retweeted more than 100,000 times.

All airlines sell more seats than there are available, a practice allowed under the law to minimize empty seats on commercial flghts. When there are too many passengers, gate agents typically ask for volunteers to give up their seats in exchange for compensation.

The situation that arose Sunday differed from a typical overbooking scenario in a couple of ways. First, passengers were already on the plane when they were forced to leave. Second, United had miscalculated how it would transport its own employees to Louisville, forcing paying customers to suffer the consequences.

United could have offered more compensation to drum up volunteers. Under the law, passengers who are bumped involuntarily and accommodated on a departing flight the next day are entitled to 400% of their one-way fare, up to $1,350.

The backlash in the court of public opinion may end up costing the airline far more. In a statement, United initially appeared to blame the passenger, citing his refusal to leave the aircraft.

After video of the incident went viral, the carrier's CEO, Oscar Munoz apologized for having to "re-accommodate these customers." Later, however, Munoz defended the actions of United staff, calling the passenger "disruptive and belligerent." As public outrage continued to swell, United issued a third statement from Munoz, calling the incident "truly horrific" and promising a full investigation of what took place on the plane as well as the company's policies  for incentivizing volunteers.

To learn more about what to expect if your flight is oversold and how to avoid being bumped, read our passenger's guide to airline overbooking. —Jessica Monsell

Ferrari Land, a theme park dedicated to celebrating the iconic Italian sports car, has opened within the larger PortAventura World in northeastern Spain.

Visitors can get behind the wheel of racecar simulators and walk through an interactive exhibit recounting Ferrari's history. But the main draw is Red Force, Europe's tallest, fastest roller coaster.

Designed to give passengers a feel for what it's like to be in a Formula One car, the ride reaches a speed of 110 miles per hour in just five seconds and zooms to a height of 112 meters (367 ft.). The whole thing's over in half a minute.

Check out the (somewhat nauseating) video below for a rider's-eye view.

Though Red Force is now the speediest roller coaster in Europe, the world record holder is at the similarly branded Ferrari World in the United Arab Emirates. That park's Formula Rossa ride reaches a lightning-fast 149 miles per hour. —Zac Thompson

Launched in December 2013, Britney: Piece of Me features more than 20 of the singer's hits, performed (lip synching is a kind of performing, okay?) amid a host of dancers and the collective goodwill of audience members who weathered the highs of "Toxic" and the lows of the 2007 MTV Video Music Awards.

After grossing more than $100 million in ticket sales and appearing before roughly 700,000 guests, Spears will call it quits on New Year's Eve, following a final batch of 18 shows scheduled to start in the fall.

We'll leave you with the music video for "Toxic," since Spears plays a futuristic flight attendant in it and as far as we're concerned that counts as a travel angle. —ZT