Thank you for subscribing!
Got it! Thank you!
Home›Tips & News›News›When to See Cherry Blossoms in Japan, Best Hotels in North America, and More: Today's Travel Briefing 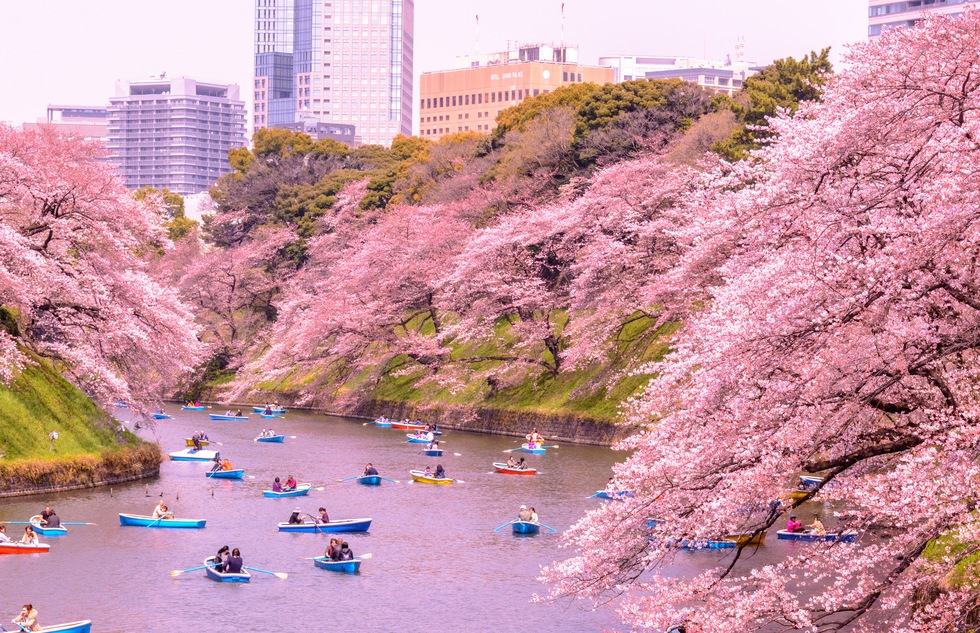 Good morning, everybody! Here's the latest from the world's hotels, airports, and weather watchers.

Taking top honors: Chicago's posh the Langham, which opened in 2013 in the city's IBM Building, a 52-story modernist tower alongside the Chicago River. Runners-up include two hotels in Hawaii—the Four Seasons Resort Hualalai (#2) and the Montage Kapalua Bay (#4)—as well as the Jefferson in Washington, D.C. (#3) and Georgia's the Lodge at Sea Island (#5), which came in first place last year.

Based on evaluations of more than 3,000 luxury hotels with ratings of four stars and higher, the list also ranks properties in Canada, Mexico, and the Caribbean.

According to U.S. News, the One&Only Palmilla in Los Cabos is the best hotel in Mexico, Eden Rock-St. Barths is tops in the Caribbean, and, garnering its fourth consecutive win, the Ritz-Carlton Montreal is numero uno in Canada.

There are several good reasons for enrolling in the Transportation Security Administration's PreCheck program.

If accepted, you get to take advantage of an expedited screening process at airports, during which you don't have to remove your shoes, belt, or jacket, and you can keep your laptop in its bag.

First, 11 airlines serving more than 180 U.S. airports have just joined the program—bringing the grand total of participating carriers to 30.

And second, starting this month, the TSA will let fewer non-PreCheck passengers into expedited PreCheck lines. Up to now, airports have occasionally allowed wider access to the shorter lanes on a flight-by-flight basis. But the agency says that will happen a lot less often from here on out.

Enrolling in PreCheck does have its hurdles. You have to fill out an application, complete an interview, and pay an $85 fee (which can be split into five annual payments of $17).

But if you hate long lines (and who likes them?), it's probably worth the trouble.

Here are all the carriers that currently have PreCheck:

Spring will be here before you know it—and in Japan, that season means cherry blossoms decorating the country in shades of pink and white.

Travelers who'd like to see those beautiful displays in person now have a handy resource for timing their visits to coincide with the days when trees are in peak bloom.

The Japan Meteorological Corporation has put together an online forecast with projections for when trees will begin to flower and when they'll reach full bloom in more than a thousand locations throughout the country.

The forecast, which will be updated as conditions change, takes into account weather patterns, temperatures, tree growth, historical data, and other factors. If you're a true cherry blossom fanatic, you can also track trees' "awakening," "growth," and "full bloom" levels.

According to the site's most recent forecast, here are the best days in 2017 to see cherry blossoms in several noteworthy locales:

Part of the beauty of the spectacle is its ephemerality. From the blossoms' first flowering to when they fall from the trees only takes about two weeks.