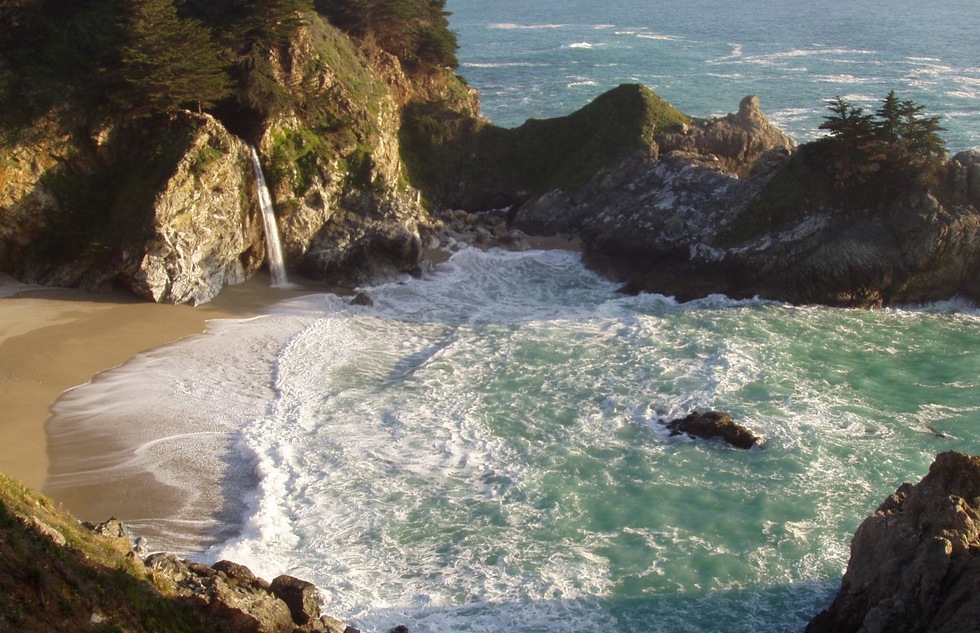 * STATE PARKS ON BIG SUR COAST CLOSED DUE TO WILDFIRE (Huffington Post). Due to a huge wildfire that has already destroyed more than 19,000 acres in California, a number of iconic state parks along the Big Sur coast have been closed until further notice. That means the California Department of Parks and Recreation has barred access to some of the most popular campgrounds and hiking trails in an area noted for its awe-inspiring oceanside scenery. The drive along Highway 1, often celebrated for its views, is likely to be clogged with traffic from fire crews battling the blaze.
For those who plan to travel in the area anyway, many resorts, businesses, and attractions, including the Monterey Bay Aquarium, are remaining open for the time being.

* INTERNATIONAL TOURISM BOOM IN SOUTH AFRICA (Bloomberg). South Africa experienced an international tourism boom in the first five months of the year, according to the country's Tourism Ministry. The number of travelers from places like the United States and Germany visiting South African game parks, beaches, and vineyards was up 19% compared to last year. The surge can largely be attributed to South Africa's falling currency, spurred on by economic woes including an unemployment rate of 27%. At the moment, the U.S. dollar exchanges to about 14 rand, South Africa's currency.
Also likely contributing to the increase in tourists: the country's decision to ease certain visa requirements and a possible reluctance on the part of international travelers to visit Europe in the wake of recent terrorist attacks. Some may be turning their attention to the southern hemisphere instead.

* ROBOTIC SUITCASE THAT FOLLOWS YOU AROUND (Condé Nast Traveler). We are truly living in an age of innovation when it comes to wacky luggage. This week alone we've told you about the luggage clip that lets you pull your suitcase without using your hands and the motorized carry-on bag you can ride around the airport. Now somebody has invented the Cowarobot R1, a robotic suitcase that follows you around instead of requiring you to drag it (or piggyback on it). According to the product's Indiegogo pitch, it uses GPS and technology similar to a Roomba vacuum to sync up with a bracelet and a smartphone app. There are built-in features to prevent the luggage from bumping into other people or falling down stairs, and it can travel up to 4.5 miles per hour if you're in a hurry. If the two of you become separated, the suitcase will emit an alarm and send tracking info to your phone to reunite you.
The Cowarobot weighs 10 pounds and measures 20 inches, and can be yours for $429. The makers plan to start shipping the bagage out in October; their funding goal at Indiegogo is $100,000.

Our Travel Briefing appears each weekday morning, Monday to Friday. For more updates, as well as trip ideas, vacation photos, and travel tips, follow us on Facebook and Twitter.
News