Thank you for subscribing!
Got it! Thank you!
Home›Tips & News›News›Yoga Classes and "Star Wars" Droids Take to the Skies: Today's Travel Briefing 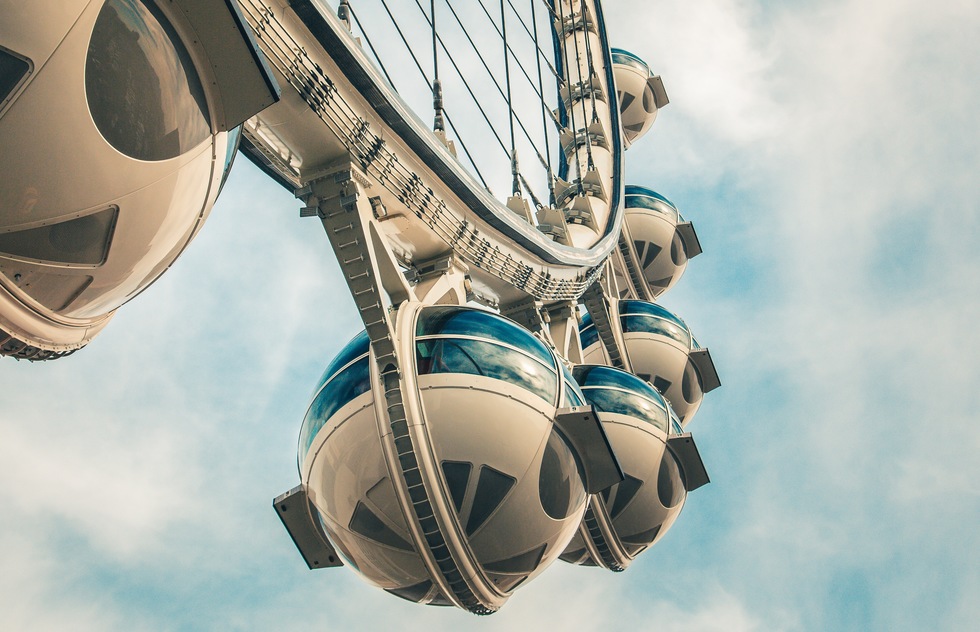 * PARENTS NOT SUING DISNEY WORLD OVER TODDLER KILLED BY GATOR (AP). The parents of a toddler killed by an alligator at Walt Disney World in Orlando say they have no plans to sue the theme park over the incident. Two-year-old Lane Graves of Omaha, Nebraska, was dragged into the water by an alligator on June 14; his body was recovered the next day. In a statement, the boy's parents, Matt and Melissa Graves, describe themselves as "broken" by the death, but they say they want to focus on healing instead of taking Disney to court. Representatives from the family as well as the theme park declined to comment on whether a financial settlement had been reached.
advertisement
In order to limit possible encounters with alligators on Disney World property in the future, the park has put up rope fences with netting around some waterfront areas and installed "No Fishing" signs.

* YOU CAN TAKE A YOGA CLASS ON A FERRIS WHEEL IN VEGAS (Los Angeles Times). Where's the ideal spot to practice yoga? On top of some mountain in the Himalayas? How about on board a Ferris wheel in the heart of the famoulsy serene Las Vegas Strip?
Sin City's the High Roller—at 550 feet, the world's tallest observation wheel (it's located at the Linq promenade across from Caesars Palace)—now hosts daily one-hour yoga sessions in the wheel's cabins. With the Strip and surrounding mountains as a backdrop, participants wear headphones for audio guidance from an instructor who talks you through poses and helps you enjoy the view. A 60-minute session includes two rotations of the wheel. Classes are $75 per person from 11:30 a.m. to 5 p.m., and $85 per person at sunset.
advertisement

* JAPANESE AIRLINE TO MAKE JET LOOK LIKE "STAR WARS" DROID (USA Today). Japan's All Nippon Airways (ANA) is going to paint one of its Boeing 777 jets to look like the Star Wars character C-3PO. That will make it the fourth Star Wars-themed plane in the company's fleet. The others are painted to look like C-3PO's fellow droids R2-D2 and BB-8. Those two characters each have their own planes and a third has both of their likenessess—all before ANA got around to C-3PO. The indignity!
In addition to the paint schemes, ANA's ongoing Star Wars Project will incorporate movie-themed headrest covers, paper napkins, and cups onboard those aircraft. The C-3PO plane will begin flying domestically in Japan starting in March 2017.
advertisement


Our Travel Briefing appears each weekday morning, Monday to Friday. For more updates, as well as travel tips, vacation photos, and more, follow us on Facebook and Twitter.
News