Thank you for subscribing!
Got it! Thank you!
Home›Tips & News›Money and Fees›40 Tips for a Cheaper Vacation in London 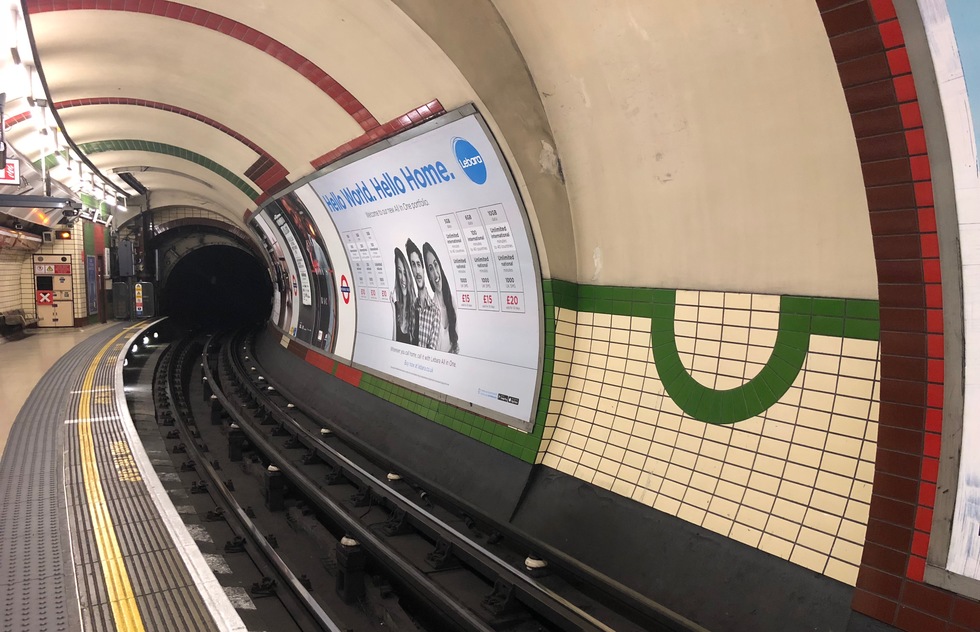 40 Tips for a Cheaper Vacation in London

See London on a budget with these priceless tips for saving money. The British pound may be expensive, but don't let that keep you from having a fun and affordable vacation.

Too many people put off taking a trip to London because the strength of the British pound tricks them into believing the city will cost too much. It's just not so. Believe it or not, many Londoners bring home less than £30,000 a year, so even more than most places, London is well-equipped with budget options—from a long list of free attractions to cheap ways to get around—that make a visit much more affordable than the city's reputation would lead you to believe.

Cheaper ways of getting there

1. Fly off-season. Airfare is cheapest in the winter. Fortunately, London's winters are much milder than those in the northern United States and Canada.
2. Fly a discount airline. The likes of Norwegian may charge for every little extra, but they will usually still save you money in the long run. And for more than half a century budgeteers have relied on Icelandair's cheap flights, which stop in Reykjavik long enough for you to leave the airport and take a dip in the famous Blue Lagoon.

3. Go to Europe first. London's landing fees are some of the highest in the world, so consider stopping first on the mainland (in Paris, Brussels, or Amsterdam) and taking the Eurostar Channel Tunnel train into the heart of London instead. It only takes a few hours and could save you a couple hundred dollars. 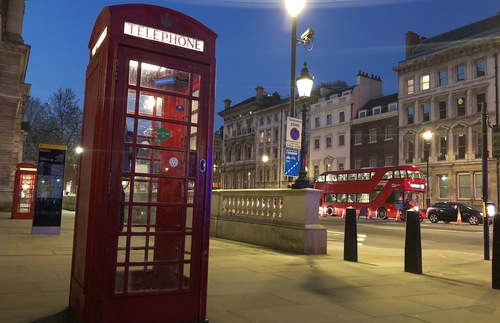 
4. Book hotels many months ahead. London is full of major hotel chains—Premier Inn, Travelodge, citizenM, Z Hotels, and others—where rates increase as space decreases. For prices well under £100, book the instant the rooms go on sale, 10 to 12 months ahead of time if possible. Last-minute rates at these places are not a good value.

5. Get an inside or windowless room. Many hotels were inserted into heritage buildings that cannot, by law, be changed, which means some rooms will be less spacious and ideally situated than others. Ask for a unit at the back, or, at properties like Z Hotels and Hub by Premier Inn, you can get a deep discount by going windowless. You won't be in the room much anyway.


6. Use an air-hotel package. Many airlines and companies such as Gate 1 Travel and Go-Today.com buy hotel rooms in bulk and pass savings on to their customers. Sometimes it's possible to get airfare and six nights in a hotel for about as much as it would cost to buy airfare alone by yourself.
7. Book a mom-and-pop hotel. Economic pressures are stamping them out fast, but they are frequently a better value than the dynamically priced corporate options. What's more, most of these hotels include taxes in their quoted rates, whereas that's a big expense the corporate chains spring on you when you least expect it.
8. Bargain for extended stays. Some family-run hotels (and even a few company-owned ones) may be willing to discount your room if you promise to stay for five or six nights as opposed to two or three. Ask the manager.


9. Homestay. The great old British tradition of taking in temporary boarders is alive and well in the outer areas of London, where you can wind up paying as little as £30 a night if you're willing to pay for a train ride into town each day. See At Home in London (www.athomeinlondon.co.uk) or London Bed and Breakfast Agency (www.londonbb.com).
10. Rent a flat. Hiring a whole apartment can also be economical if you're a party of two or more. All the famous rental websites operate here, and so do London specialists like City Relay (cityrelay.com), Coach House Rentals (www.chsrentals.com), and London Perfect (www.londonperfect.com). 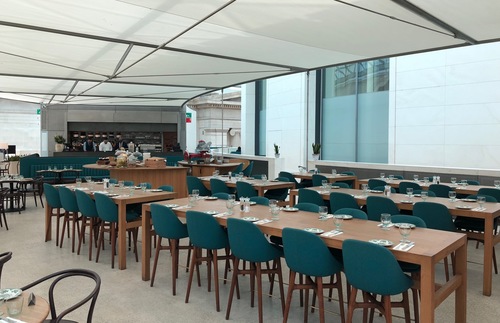 Cheaper ways of eating and drinking

11. Do afternoon tea unexpectedly. The fancy hotels charge for soothing music and servile ambiance, but countless restaurants and museums do their own teas in their cafés for prices as reasonable as £10 to £20. Try the Cafe in the Crypt, the British Museum (pictured above), or the Victoria & Albert Museum.

12. Eat sandwiches. Fast, good takeaway options are everywhere, sometimes three to a corner: Pret a Manger, Eat, Marks and Spencer Simply Food, and more all sell filling sandwiches for £3 to £5.
13. Don't buy soda pop. A 2018 sugar tax made Coca-Cola even more expensive. You could pay the equivalent of US$4 for one now.
14. Drink beer, not spirits. England is a beer country. Spirits are served, but they invariably cost more and the pours are so tightly controlled you may not feel much for your money.

15. Check for service fees. Most restaurant bills now automatically tack on a service fee. If you tip on top of that, you'll be tipping twice, which may not be your intention.

16. Eat to go. By law, takeaway food is taxed at a lower rate than eat-in food, so if you walk, you save.


17. Eat at a food market. Great dishes of freshly prepared gourmet food for £4 to £8 can be had at Borough Market, Maltby Street Market, Mercato Metropolitano, and more.

18. Bottled drinks are cheaper in drugstores and supermarkets. When you're thirsty, head into places like Boots or M&S Simply Food. Their refrigerated cases are full of water, juice, and fizzy beverages—but often, for as much as £1 less than you'd pay at newsagents or sandwich shops.

19. Skip the rice. At home, rice may come for free, but here, restaurants charge extra for it on the side. 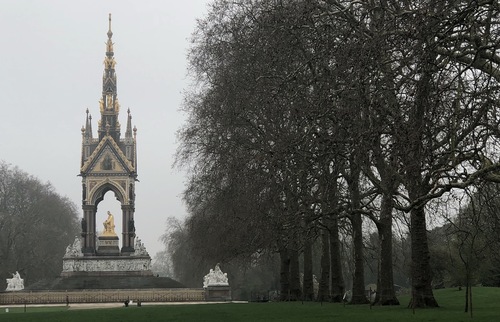 Cheaper ways of getting around


20. Take buses. The fare is a third of what a cash fare on the Tube would be, and you get to see the city.


21. Get an Oyster card. The cheapest Tube and bus fares are charged to this card. Once you load it with value, you tap on yellow sensors as you enter and exit stations to debit payment. It also works on commuter trains around the greater London area, so you won't have to keep going to the ticket office. Fares paid in cash are charged at a much higher rate. If there's any money left over when you leave, you can get a refund at a Transport for London desk at Heathrow or Gatwick Airport.

22. If your destination is two or three Tube stops away, walk. The Underground (the Embankment Tube stop is pictured above) still goes at the same speed it did when it was built in the 1860s. Many times, you could have walked faster than it takes to descend to the platform, wait for the train, take it, and walk back up.
23. Transfer between buses. You can switch between as many city buses as you like within an hour and not pay another fare.


24. Take public transportation to and from the airport. Both London Heathrow and City Airport can be reached using nothing more than standard city railways—for Heathrow, it's the purple Piccadilly Line; for City, take the Docklands Light Railway. Gatwick and the others require commuter trains.
25. Take Thameslink from Gatwick. If you eschew the Gatwick Express to Victoria Station and take the Thameslink to Blackfriars instead, you pay about a third as much. Victoria Station is just 5 stops away from Blackfriars on the District or Circle lines, and besides, you'd probably have to take the Tube from Victoria to your hotel anyway, so it's not like you have to be taken to that station specifically. (The free Trainline app shows schedules and prices.) 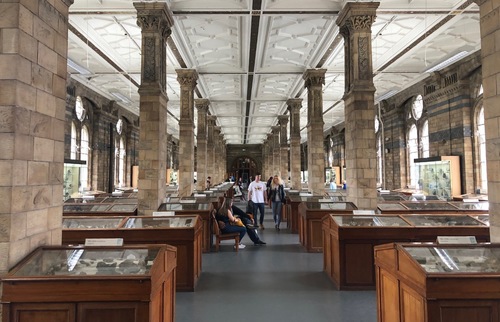 26. Visit free museums. Most of the great ones are free—the British Museum, the V&A, the Natural History Museum (pictured above), and many more. Here's our roundup of 25 worth seeing.
27. Go on the museums' open nights. You can extend your touring time by going to a museum during its evening hours. The major ones are open at least one evening a week or a month, freeing up some daytime hours for additional touring.
28. See one of the great churches during services. If all you want is to say you've been inside them, Westminster Abbey and St Paul's Cathedral open their doors for free worship at posted times. You won't be allowed to putter around and take in the exhibits, but you'll save £20 or more each time, and you'll experience both places via their intended purposes.
29. Indulge in museums' free events. Most institutions justify their positions in the community by mounting healthy slates of talks, seminars, and festivals that cost nothing to attend. Check events schedules.
30. Stay in the West End, Bloomsbury, Holborn, Kings Cross, or South Bank. If you're reasonably fit, you'll find you can walk to nearly all the major attractions from these places, trimming your budget of expensive Tube fares.
31. Take a London Walk (www.walks.com). This affordable—and ubiquitous—walking tour outfit charges as little as £7 for dozens of daily choices. In fact, there are so many options you could fill an entire vacation doing only these.
32. If you're going as a family, ask about Family Tickets. They yield cheaper entry rates when you all show up together. A majority of museums have these now. Some older mom-and-pop hotels also have Family Rooms, which they may call "Quints" or "Quads."
33. Decline "Gift Aid." Most museums' posted admission prices are inflated by £1 to £3 because they include a voluntary donation that locals can write off—but foreigners can't. Decline it at the box office. No one will judge you if you do; it's normal to say no.


34. Get rush tickets for shows. Many popular productions have a limited number of discounted "rush" tickets that go on sale each morning either at the theatre or via an app. You can see the big, sold-out hits for £10 to £20 each.
35. Buy show tickets ahead of time on TodayTix. The app posts deep discounts for most major West End and some Fringe shows, and you can start checking days or weeks ahead of time.
36. Use TKTS. A few hours before showtime (but not right before), the TKTS booth at the south end of Leicester Square has a few more show discounts, some deep and some middling, but there's always a wide selection.

37. Use SkintLondon.com. Find tons of free things to do on Skint London (www.skintlondon.com), a website that rounds up the week's best free or cheap things to do. You'll find more in the "Free & Cheap" section of Londonist. (www.londonist.com). 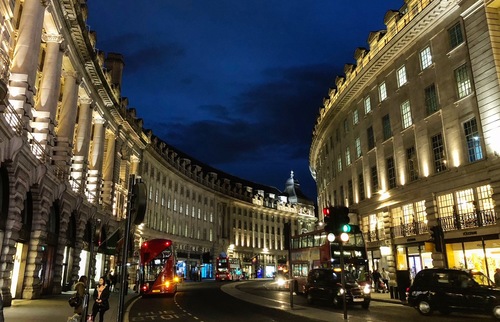 
38. Claim back the VAT. When you buy tangible items like clothing, jewelry, and art, always tell the clerk you'd like a tax receipt. This allows you to get that 20% tax back at the airport (minus a service charge, and arrive an hour or two early to wait through the process). Bad news: It doesn't work on hotel rooms, food, or books. But for a purchase of, say, £100, you could get £18 back. Why give up that money if you don't have to?
39. Look for "3 for 2"s. In Britain, a popular sales gimmick at drugstores and bookstores is the 3-for-2 or 4-for-3 promotion—as in, buy two, get one free. The deals are usually marked by stickers on the front tables or with special signs on store shelves. You can save a ton.

40. Some newspaper purchases come with a free liter of water. Particularly at chains such as WHSmith, there's usually a promotion in which purchasing one of the major daily newspapers means you can take an entire bottle of water for free.