Thank you for subscribing!
Got it! Thank you!
Home›Tips & News›Money and Fees›Though the Unusual Current Strength of the U.S. Dollar Is Harmful to the U.S. Economy, It Greatly Benefits the U.S. Traveler: A Moral Issue 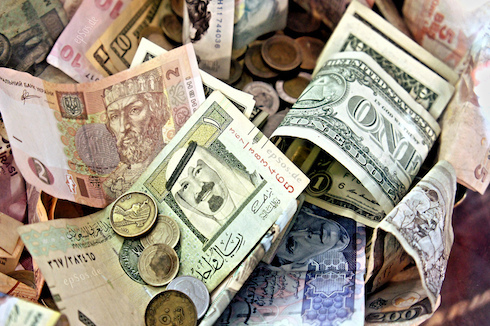 Though the Unusual Current Strength of the U.S. Dollar Is Harmful to the U.S. Economy, It Greatly Benefits the U.S. Traveler: A Moral Issue

It is a major paradox that economic developments harmful to the interests of the United States are often beneficial to American travelers. Currently, economists throughout the nation are bemoaning the unusual strength of the U.S. dollar and the negative impact of that condition on our economic health. Yet at the same time, the dollar's high value is of tremendous benefit to us would-be international tourists.

So, even though the dollar's strength is harmful to our economic well-being, it benefits the tourist. Which leads me to point out that the U.S. dollar simply shouts the following message: Use the current unique opportunity to travel. For instance:

MEXICO: All within the past several months, the Mexican peso has fallen to a worth of 20 to the U.S. dollar (it used to be exchanged for as few as 13 Mexican pesos to the dollar). There's never been a better time to vacation in Mexico.

CHINA: Though the Chinese government has avidly attempted to increase the value of the Chinese yuan (contrary to the incorrect assertions of President-elect Trump), the yuan has recently fallen—on its own—to a worth of 6.89 to the dollar. When you, as an American tourist in China, exchange your U.S. dollar for almost as many as 7 yuan, everything you buy becomes tremendously cheap. Now is the time to travel to China.

JAPAN: The Japanese yen has fallen in value to an exchange rate of 114 to the dollar (several years ago, you got only 70 yen to the dollar). And Japan has thus become a moderately priced destination for us American travelers.

EUROPE: The euro is recently selling for as little as $1.06 per euro—which means it is almost exchanged at par to the dollar ($1 equals one euro). And the cost of travellng in Europe has thus been greatly decreased.

TURKEY: You now receive 3.45 Turkish lira for one U.S. dollar, and Turkey has become cheaper than ever (but shouldn't be visited because it may not be safe).

CANADA: As amazing as it may seem, one U.S. dollar now buys 1.32 Canadian dollars! For us, Montreal and Toronto have become big bargains.

So the American tourist rejoices at the expense of the U.S. economy. In the coming year of 2017, more and more American tourists will swallow hard and take advantage of that unusual contradictory situation.