Thank you for subscribing!
Got it! Thank you!
Home›Trip Ideas›Arts and Culture›Bloody Brilliant! An English Dictionary for Americans Traveling in Britain 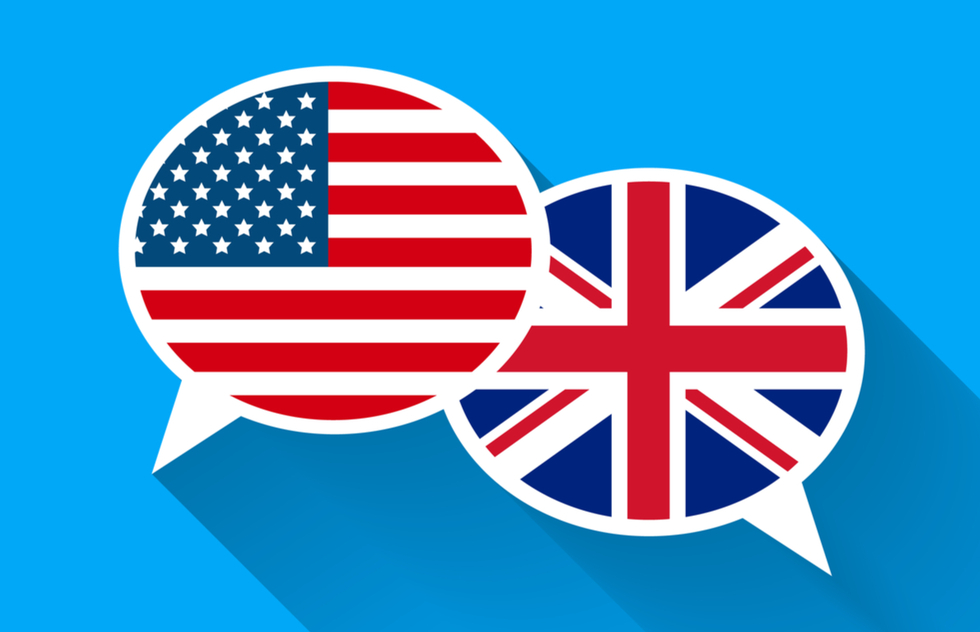 Bloody Brilliant! An English Dictionary for Americans Traveling in Britain

Any American traveler who has visited the United Kingdom can tell you that. For that matter, any American parent whose preschooler is a fan of Peppa Pig can tell you that. The so-called “Peppa Effect,” a documented phenomenon that is brought on by repeated streaming of the British cartoon, reportedly has 4-year-olds from Fresno to Philly talking about mince pies and petrol stations.

Evidently those youngsters won’t have much use for a new book entitled Blimey, I’m Knackered! An American’s Survival Guide to British English by Marshall Hall, an Ohio-born, recently retired professor of socio-anthropology who has been living in the U.K. for more than three decades. 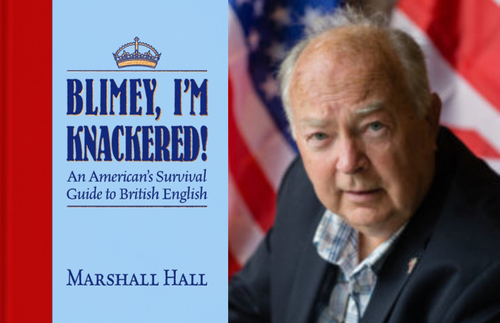 Hall wrote the book, according to his intro, “for the assistance of fellow Americans planning to visit this great country and for the amusement of our British friends.”

The idea sprang from a dinner party, Hall told Frommer’s, during which, “after a couple glasses of wine,” he and other expats “started exchanging stories about funny incidents that had happened because of language.”

Most of the tales had to do with inadvertently saying something embarrassing. When Hall was new to his London professor gig, for example, he got a pair of suspenders as a Christmas gift from a girlfriend.

“In January, when we went back into the classroom,” he said, “I proudly announced to my class, ‘Look! I’m wearing the suspenders that Marion gave me.’ And they riotously burst into laughter.”

As you’ll learn in Hall’s book, Brits use “suspenders” to refer to the “small fasteners that connect a woman’s hosiery to her garter belt.” The things that hold up trousers are called “braces.”

“So [the class] thought, What is he revealing to us here?” Hall explained, laughing. “We didn’t really want to know that much.”

With Hall’s glossary of terms, tourists can avoid other misunderstandings involving words such as “pants” (which means underwear in the U.K.), “biscuits” (cookies), and “fanny pack” (so sorry, we can't tell you in a family publication). 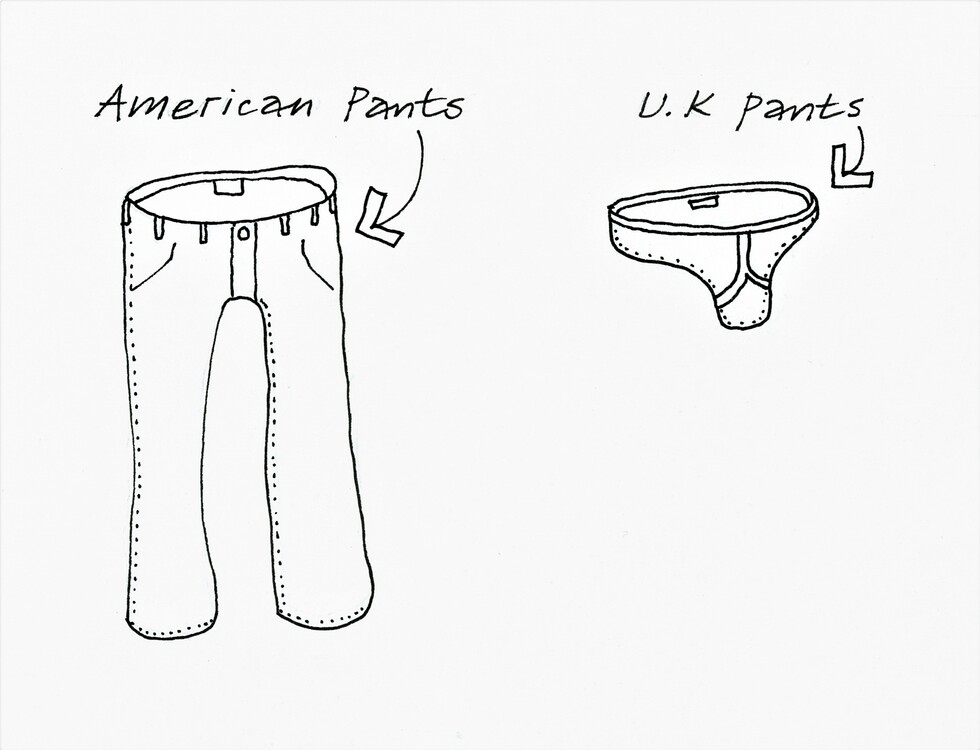 Words to Know on Roads and in Restaurants

Hall has also included quite a bit of practical help, defining terms visitors will encounter while driving, riding public transit, and perusing menus at restaurants and pubs.

If you plan to get behind the wheel while in England, Hall recommends jumping directly to the “Driving & Transportation” chapter of his book to familiarize yourself with “Belisha beacons” (flashing yellow globes at pedestrian crossings), “lollipop ladies” (school crossing guards, so named for the big round signs they hold), and an abomination called the “magic roundabout,” which combines several traffic circles into one monstrous, intertwined system, like the rat king of roundabouts. “Americans are just scared to death of it,” Hall says. 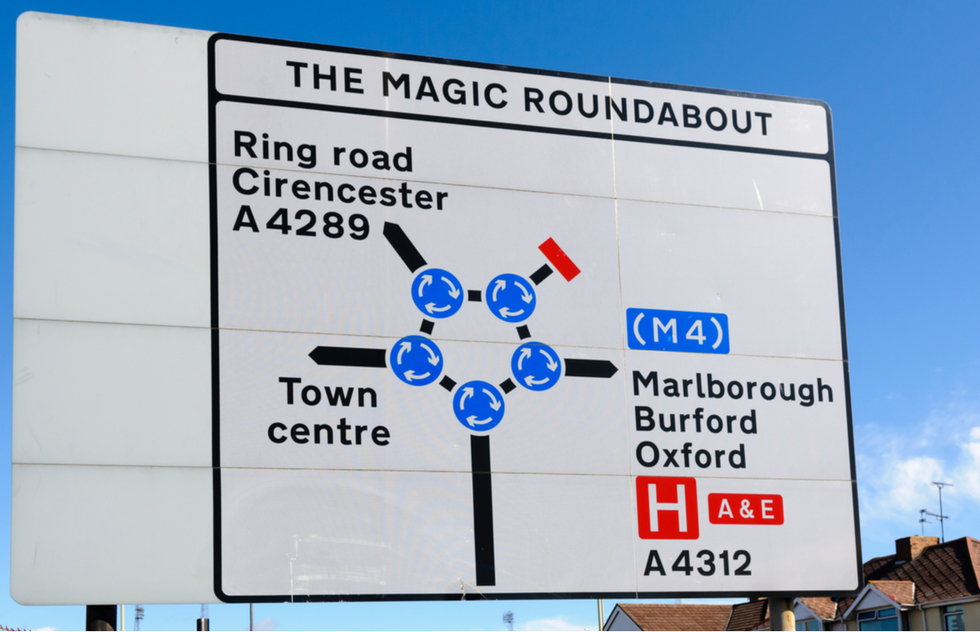 Restaurants are another frequent source of confusion for pond-crossers, according to Hall. “Americans don’t know what black pudding is, for example,” he says, “and they’re bound to get it for breakfast. It’s blood sausage and a bit off-putting for a lot of Americans.”

In other words, if you have a go at the full English one fine morning, don’t cock a snook at the waiter for bringing you a black banger full of pig guts. That’s just not cricket. 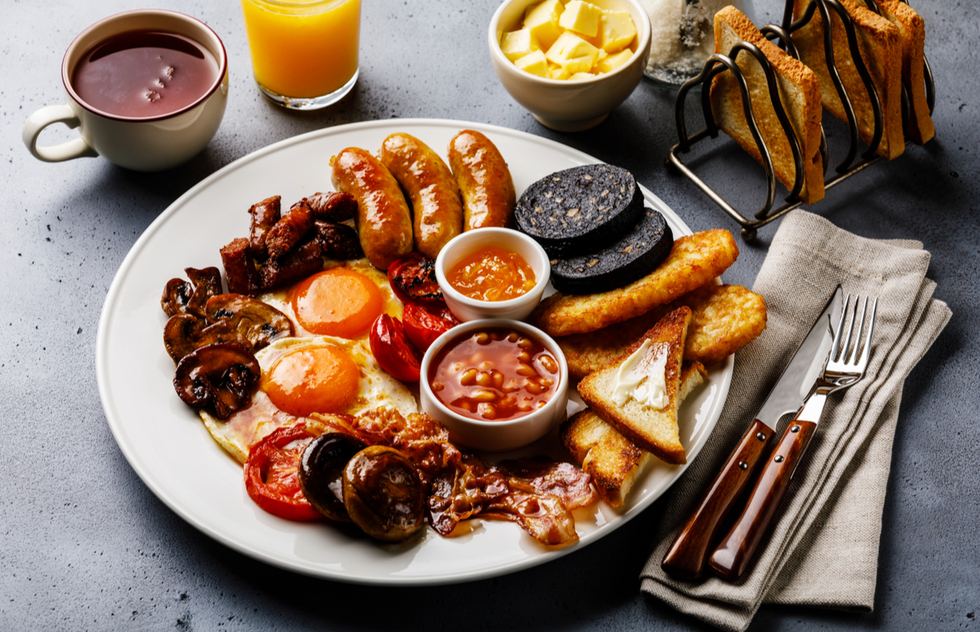 In addition to defining all the words and phrases, Hall provides background on the origins of the terms when possible. He makes a valiant effort, for instance, to find out whose uncle Bob really was in the colloquialism “Bob’s your uncle.”

“Digging up the stories of who was who and how did this get that way,” he says, “I find those as interesting as the word itself. I think that’s what we’ll lose as we move more and more towards a kind of cultural monotony.”

He believes English’s intriguing regional differences are being ironed out due to the “communications revolution with the development of the internet.”

But, then again, the Peppa Effect suggests the language hasn’t entirely succumbed to sameness. And Hall himself points out that new regional phrases continue to arise.

“I heard one just this week: 'All the tech and no clue,'” he told us. “To describe somebody who buys technology but doesn’t really understand it or know how to use it.”

So maybe, when it comes to cultural monotony, the situation could be worse.

Or, as the Brits would say, it’s better than a smack in the face with a wet halibut.

Blimey, I'm Knackered! An American's Survival Guide to British English (Imbrifex Books) by Marshall Hall goes on sale for $24 on August 31. The book is available for preorder now.