Thank you for subscribing!
Got it! Thank you!
Home›Trip Ideas›Arts and Culture›Hawaii Is Using the Shutdown to Transform Its Tourist Experience 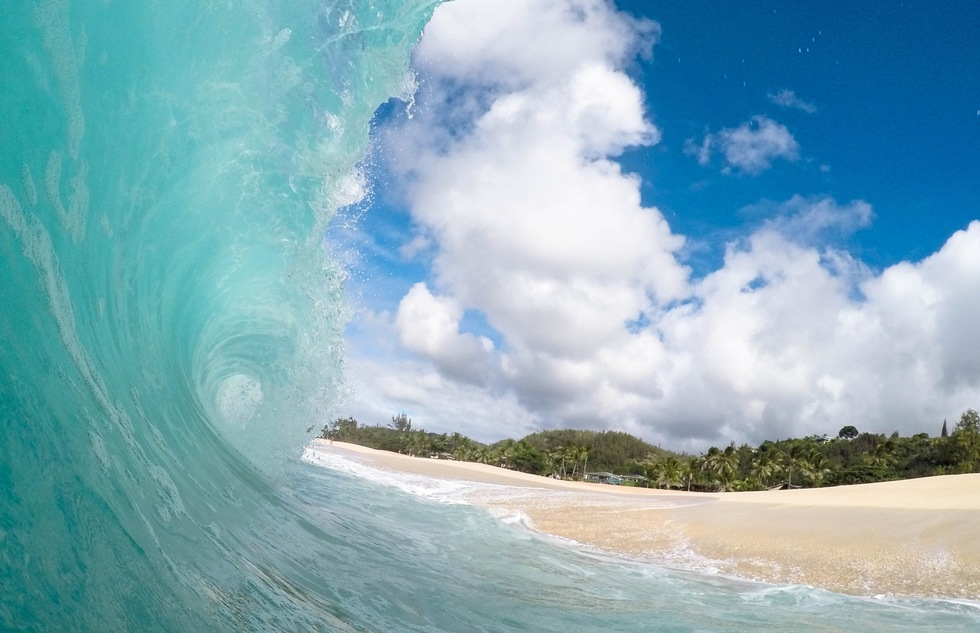 Hawaii Is Using the Shutdown to Transform Its Tourist Experience

Tourism has been a boon and a bane to the Aloha State for years. Many Hawaiians are trying to use the travel pause to shift the paradigm.

Fourteen-day quarantines for incoming visitors, $5,000 fines for violators, and state-paid return tickets for those who don’t abide by the quarantine: That’s the current state of tourism in Hawaii, which has issued stringent stay-in-place orders for residents and travelers alike.

The strategy appears to be working: Hawaii now claims the lowest per-capita rate of Covid-19 infections and fatalities among all 50 states.

Eventually, though, regulations will be lifted (restrictions for visitors will likely extend beyond May 31, the expiration date of Gov. David Ige’s current order). Still, if government and hospitality industry leaders get their way, the norms of Hawaii tourism will shift dramatically.

The overabundance of visitors in recent years has created a squeeze on affordable housing as vacation rentals started proliferating in residential neighborhoods. Crowding has also been a problem at culturally significant but environmentally fragile sites including the Hana Highway on Maui, Waipio Valley on the Big Island, and Kee Beach on Kauai. There’s been a recent rash of trespassing and injuries as outsiders push their way into risky, closed-off areas such as Oahu’s Haiku Stairs (“Stairway to Heaven”) and Maui’s Kaihalulu Beach (“Red Sand Beach”).

Tourism is by far the state's largest employer, but Kalani Kaanaana, the director of Hawaiian cultural affairs for the Hawaii Tourism Authority, told Frommer's fellow Hawaiians have been "victims of our own success."

"I’ve been hearing from our community a deep, deep desire to rethink what we’ve done and rethink mass tourism," said Kaanaana.

Well before the coronavirus hit, as visitors to the islands reached about 10 million a year, tourism chiefs were working to publicize a six-year strategic plan. It was announced in January but overshadowed by the pandemic. Notably, the plan adds "resident satisfaction" alongside visitor spending as a measurable goal.

The plan’s four pillars will focus on protecting natural resources, reinvesting in community nonprofits, supporting local culture, and sharpening the state's global branding. The first three may have the biggest effect on the new visitor experience, while the last may affect who those visitors are—and how much they’re willing to spend to be shown the sights.

Kaanaana pointed to a new permit system for Kee Beach, the Kalalau Trail, and other attractions on Kauai’s North Shore — formerly free for all to access — as a "successful, community-led" model of sustainable development of natural resources. Since June, visitors have had to reserve parking or walk-in entry passes ($5) and purchase a shuttle ticket ($15) up to 30 days in advance to access one of the island’s most popular regions.

Fees and permits are part of a growing trend in Hawaii, spreading to formerly free state parks, national parks, and recreation areas across the islands. "When you get to a certain volume, you have to manage it,” Kaanaana said. That's why in 2019, the Tourism Authority gave $2 million to more than 30 nonprofits to oversee projects such as fence repair and water quality at places where visitors go.

Hawaiian traditions are another future tourism focus that could both ease tensions and improve cultural exchange, Kaanaana said. Many tourists have been unaware of local customs such as taking off footwear before entering a home, while other visitors have been disregarding residents' needs by blocking streets to take photos. They're "just not thinking about being part of a [real] place," Kaanaana said.

The Hawaiian concept of ho‘omaka’ika’i—which loosely translates as "to visit" but refers to a tradition of expert guidance provided by a host—"is an idea we have to get back to," according to Kaanaana. "It could enrich the visitor experience by partnering and pairing them with a guide, [giving them] something more boutique and specialized."

Recruiting more Hawaiians to actively participate in sharing the sights and stories of their home would also allow "the economic impact to be more widely shared among residents," he added.

At the same time, Kaanaana said, "we’ve been trying to improve the storytelling around our culture. So much of it has glossed over the complexity and the depth of [our past]," particularly the political history of how Hawaii became first a territory, and then a state, after the U.S.-led overthrow of its monarchy in 1893.

"We could encourage visitors, in a respectful way, to be inquisitive and critical of what they’re presented. There is always more to the story than what is in the initial telling."

According to Gov. Ige, many residents are on board with the idea of the coming shift.

"I’ve had conversations with hotels, with airlines, with visitor attractions, and everyone is committed to reinvent the hospitality industry here in the islands," he said at Wednesday’s briefing.

Refining Hawaii’s brand is key to its future, Kaanaana said. "If we can’t enlist the people who love Hawaii and want to come to Hawaii to protect and enhance this ‘aina [land], it won’t be here for anyone."

But the tourism authority has to help equip locals, Kaanaana said.

"[The tourism shutdown] really couldn’t have come at a better time," Kaanaana noted. "It asks us to consider holistically the impacts of tourism. . . . If residents don’t feel safe and don’t feel comfortable making the invitation—if we are to reopen again, making no changes—it’s really a lost opportunity."

Jeanne Cooper, one of the authors of Frommer's Hawaii 2020, is a resident of Hawaii.