Thank you for subscribing!
Got it! Thank you!
Home›Trip Ideas›Beach & Water Sports›If Men Can Go Topless on Beaches, Why Can’t Everybody? Nantucket’s Bid for “Top Freedom” 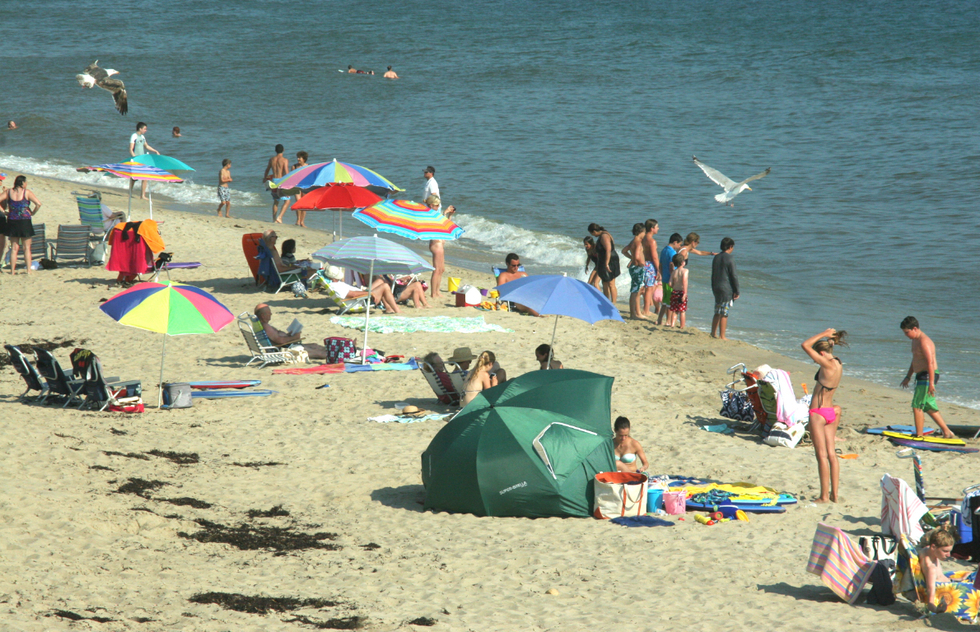 If Men Can Go Topless on Beaches, Why Can’t Everybody? Nantucket’s Bid for “Top Freedom”

Residents of a small, scenic Massachusetts island have voted to allow everybody to go topless on public beaches. Should this be the norm across the U.S.?

UPDATE, December 12, 2022: As described in the below article, first published on June 8, the town of Nantucket, Massachusetts, approved a bylaw last spring allowing toplessness on all the tony island's beaches.

The measure then went to the office of the Massachusetts attorney general for review. On December 6, attorney general Maura Healey (soon to be sworn in as the state's governor) finally okayed the bylaw, writing in a letter to the Nantucket town clerk, "We approve the Town’s vote authorizing any person to go topless on any public or private beach in Nantucket because we discern no conflict between the vote and the Constitution or laws of the Commonwealth."

In short, anybody of any gender expression may now go topless on Nantucket's beaches. (We'd wait for summer if we were you.)

Read on for some background on the vote and the surprising history of "top freedom" in the United States.

The land of the free took its time freeing the male nipple.

Up until the late 1930s, American men were barred from going bare-chested in public places, even the beach. Male sunbathers were expected to pair their trunks with T-shirts or tank tops, or wear those old-timey one-pieces that look like wrestling singlets. 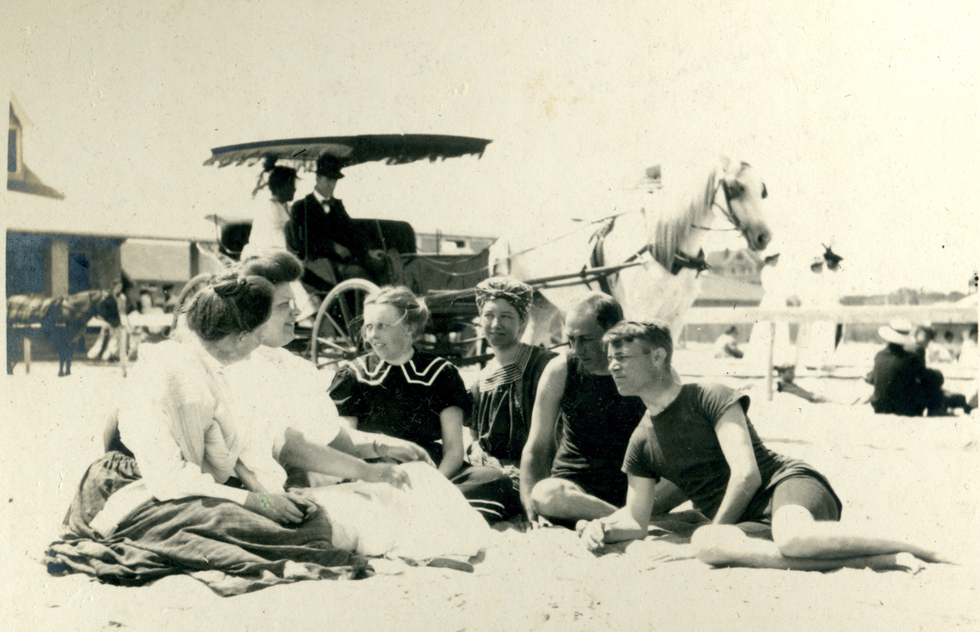 And this wasn’t just a matter of fashion. It was the law.

“There were the same objections [back then] we hear about women going topless [today],” says Dorothy Stover, a sex educator and advocate for gender equality in laws governing toplessness in public. “It was considered not family-friendly for a man to show his nipples. It was considered disgusting. There had to be a movement—protests for change.”

Sort of like the Lady Godiva story, only with chest hair.

In 1937, New York finally threw off its prohibition against male pecs in public, and other states and municipalities followed.

A mere 85 years later, it’s hard to see what all the hubbub was about.

Now, Stover argues, it’s high time “top freedom” spread to everybody else in the U.S.

The Côte d'Azur on Nantucket Sound?

“This past summer,” Stover told Frommer’s, “I had this moment where I was like, ‘I want to be topless.’ I was laying out. I wanted to not have my top on and I realized I couldn’t. And as I looked around the beach I noticed, Wait, there are men on the beach who have larger breasts than I do. Why am I not able to do this?”

The beach in question was on the small Massachusetts island of Nantucket, the sandy speck noted for its 19th-century whaling history, cedar-shingled houses, and summer devotees who look like they’d know their way around a yacht deck.

Whereas the French Riviera probably remains the vacation destination with the strongest reputation for topless sunbathing (even if it's far less common on the Côte d'Azur these days), Nantucket may seem an unlikely front in the body-positivity movement. You expect to see Top-Siders, sure, but toplessness?

Stover is no outside agitator, though. She says her family has been living on the island for seven generations, and, as she sees it, there's no need to think of a location where women can remove their shirts as a hotbed of libertinism.

That's why she was shocked to learn that under Massachusetts law the exposure of “genitals, buttocks, or female breasts” in the state could lead to a charge of “Open and Gross Lewdness and Lascivious Behavior,” for which the penalty, if convicted, may include a fine of up to $300 and even, we kid you not, “imprisonment for not more than three years.”

Says Stover, “This is where some people are like, ‘Okay, I don’t want toplessness but also women shouldn’t have to go to jail for it.’”

To be fair, the lewdness law does state that in order to be charged, offenders must expose their bits "in such a way as would alarm or shock a reasonable person," leaving some room for interpretation. But still. 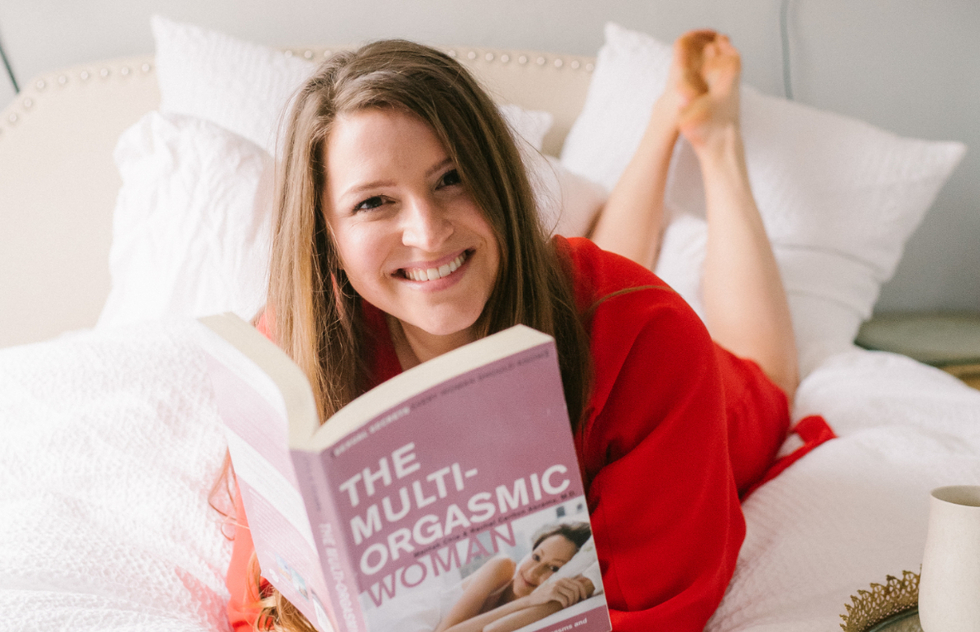 Some other places in the U.S. are more lenient than Massachusetts, usually on the local level, as in New York City, where the police have confirmed that “simply exposing … breasts in public” is not a crime.

In 2019, a federal court’s decision to strike down a ban on women going topless in Fort Collins, Colorado, meant that six states in the court’s jurisdiction—Colorado, Utah, Wyoming, New Mexico, Kansas, and Oklahoma—also became havens for top freedom, at least for the time being. (Note that all 50 states have laws allowing women to breastfeed in public.)

Dismayed by what she saw as the unfair state of things in Nantucket, Stover drafted a bylaw for “Gender Equality on Beaches” that would amend the town code as follows:

“In order to promote equality for all persons, any person shall be allowed to be topless on any public or private beach within the Town of Nantucket.”

Stover collected the necessary signatures to present the proposed bylaw as a citizen’s petition at Nantucket’s annual Town Meeting on May 3. Speaking in defense of her amendment in front of the other (sometimes giggling) citizens of Nantucket, Stover gave a brief rundown of human anatomy, swimsuit history, and the difference between a sexual organ and an organ that has been sexualized.

There was also time for debate from supporters and opponents, such as the woman who asserted, “If I have to go topless to prove that I am equal to a male, there is something wrong with that concept.”

In the clip below, skip ahead to the 1:54:00 mark to see the toplessness debate. Or, if you have a passion for the workings of local government and a masochistic streak, watch the whole, 6-hour meeting.

But What About Families?

Other townsfolk were worried about kids getting a PG-13 eyeful, particularly at two stretches of sand called Jetties Beach and Children’s Beach, both of which are popular with families seeking gentler waves than on the island's South Shore.

An amendment to exempt Jetties and Children's beaches from Stover’s toplessness bylaw was considered but then withdrawn because the proposed wording would require everybody to wear tops there, even men—and nobody wanted to force men to wear tops. Which kind of proves Stover’s point about the double standard, no?

As for the claim that breasts aren’t family-friendly, Stover counters that the opposite is true.

“Certainly there are people who are offended by women’s breasts,” she told Frommer’s. “That’s ingrained in society that a woman’s breast is sexual and it’s obscene and it shouldn’t be seen. Yet how do we nourish babies? Babies don’t look at breasts as sexual. They look at them as nourishment and comfort.”

Despite the opposition, Stover says that during her campaign for the bylaw, the reaction has been more supportive than not, with people telling her they hope a policy change could help create a world where cis women as well as nonbinary, transgender, and intersex people “won’t feel shame about their bodies.”

In the end, voters at the meeting approved the bylaw to make Nantucket beaches topless for all, by a count of 327 yeses to 242 no votes. 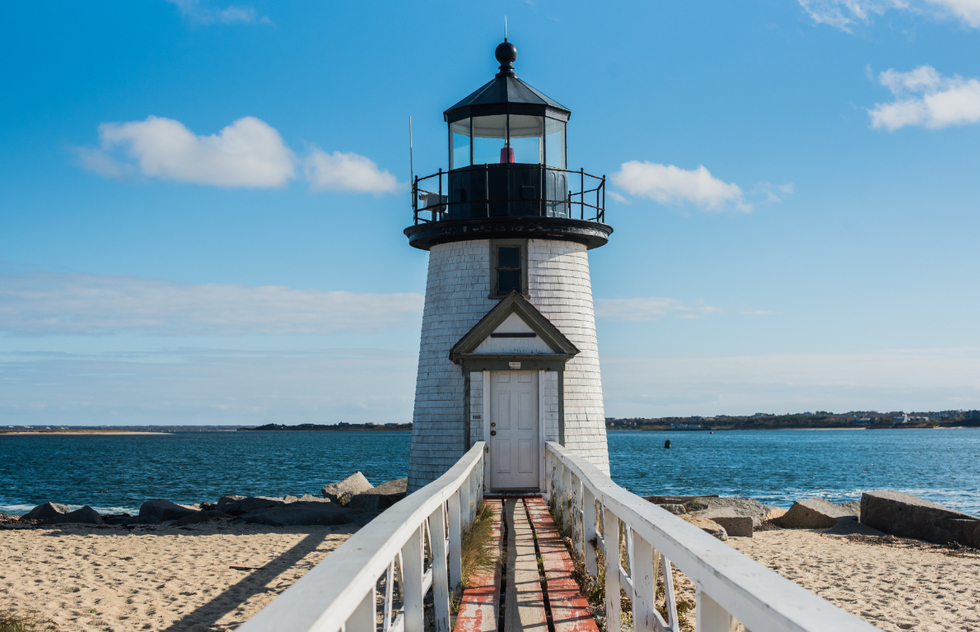 So Can All the Tops Come Off This Summer?

It’s not quite a done deal. Once the Nantucket town clerk files the paperwork with the Massachusetts attorney general’s office, the clock starts on a 90-day review period, at the end of which the attorney general will make a determination about whether the measure can go into effect.

A spokesperson with the attorney general’s office told us that determination will be made solely from a legal perspective, in accordance with the constitution and the laws of Massachusetts.

No matter which way the ruling goes, though, the 90-day window removes the possibility of Nantucket’s beaches going fully topless during the summer of 2022. So if you're headed to the island in the next three months, don't forget to pack those bikini tops.

Some of the island’s residents reportedly remain concerned about the pending changes and the presumed effects on public morals or the potential, as one resident suggested to the Boston Globe, for the policy to "turn Nantucket into the Daytona Beach of New England.”

But many other locals surveyed in news reports either shrug the whole thing off or echo Stover’s arguments—neatly summed up in the same Globe article by Nantucketer Vinny Pizzi, who's quoted responding to the won’t-somebody-think-of-the-children argument.

After all, that’s what happened when men started going bare-chested back in the day. It seems fair to ask why that taboo was allowed to become ho-hum while a nearly identical taboo is kept intact for the other half of the population.

“For so long, society has had this viewpoint where white male rights have essentially been what human rights are,” Stover says. “That’s our baseline. And we’re all just trying to get to that baseline. Like, okay, can we all just have the same human rights here?”

For help planning your own Nantucket getaway, see our tips on where to stay, what to do, and how to save money.

And if you're considering visiting a nude beach—where sunbathers can strip down completely (something that's not permitted under the Nantucket bylaw)—acquaint yourself with the rules of etiquette for first-timers.