Thank you for subscribing!
Got it! Thank you!
Home›Trip Ideas›Beach & Water Sports›No, You Shouldn’t Pee on a Jellyfish Sting. Here’s What to Do Instead 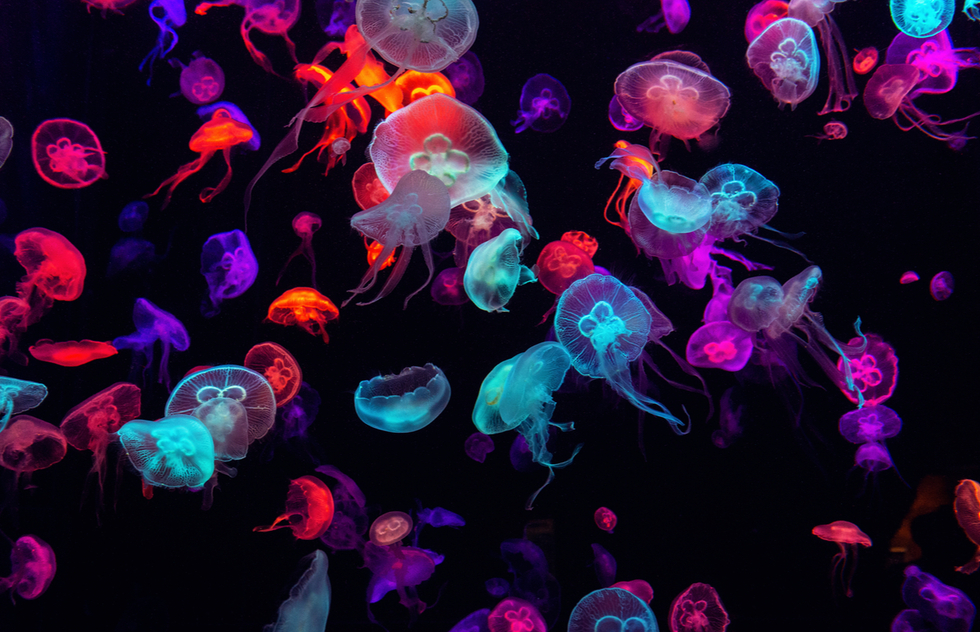 No, You Shouldn’t Pee on a Jellyfish Sting. Here’s What to Do Instead

Don't let a jellyfish flush your beach vacation down the drain. Follow these steps to treat a sting without making it worse.

Among the lies Friends told us—that underemployed twentysomethings can afford gigantic apartments in Manhattan, for instance, or that you can always snag the comfiest seating at your favorite coffee shop no matter how busy it is—at least one untruth propagated by the beloved sitcom could cause you actual physical harm.

If you go to the beach and get stung by a jellyfish, as happens to Monica Geller (Courteney Cox) in a 1997 episode, do not heed the medical advice of Joey Tribbiani (Matt LeBlanc) and have somebody pee on the sting site.

In addition to being icky (or maybe kinky—we shouldn't judge), this remedy will not ease the pain and could, in fact, make things worse.

As Scientific American explains, the salt, electrolytes, and other compounds in urine can aggravate the stinging cells that could be still on your skin, triggering the release of more venom and causing more pain.

First of all, what on earth are you people bringing to the beach?

In any case, researchers found that these solutions to the problem are also ineffective or harmful—with the sole exception of vinegar, which proved to be the most effective treatment of all. Turns out the compounds in vinegar keep stingers from releasing more venom into your skin.

But what if you've left the salad dressing at home?

The good news is that the vast majority of the estimated 150 million jellyfish stings endured by humans each year are not severe (though sharply painful) and usually resolve within 24 hours. Sometimes a rash may develop that can last up to several weeks.

A very small number of people have severe and even life-threatening reactions to stings, particularly from box jellyfish in the Indo-Pacific region.

If you get stung while walking on the sand or swimming in the ocean during your next beach trip, here's the first-aid procedure recommended by doctors and scientists.

Rinse the skin with vinegar

As mentioned above, an immediate vinegar rinse "halts the thousands of tiny unfired stinging cells left on the surface of the skin after tentacle contact," according to the U.S. National Library of Medicine.

Though some medical professionals advise rinsing the affected area with seawater if, for some strange reason, you don't carry a bottle of vinegar at all times, the Toxins study discovered that water from the ocean causes venom to spread farther on skin.

This part is not up for debate, though: Do not apply fresh water or ice right away, because both can inflame the stinging cells.

Use tweezers to remove any remaining jellyfish parts from your skin. Do not use your bare fingers, do not claw at your skin with a towel, and try not to apply a lot of pressure. All of those moves can worsen the sting.

At this point, you can steep the affected area in hot tap water for 20–40 minutes to help reduce the pain. Apply an over-the-counter cortisone cream for discomfort and itching.

When to seek medical treatment

Get emergency medical attention if the pain persists or intensifies or if you experience other symptoms of a severe reaction, such as difficulty breathing, chest pains, or major swelling.

To avoid getting stung in the first place, monitor seasonal jellyfish blooms in the destinations you plan to visit and make reservations accordingly.

Never touch a jellyfish you see on the sand—tentacles can release venom even when the creature is dead.

If you're extra-nervous about getting stung in the water, a full bodysuit of the sort worn by surfers will protect all the covered parts of your skin from tentacles and, now that we think of it, any fluids from strangers who treat the ocean like a toilet.

Basically, we just want you to arrive at the end of your beach day not covered in something gross.