Thank you for subscribing!
Got it! Thank you!
Home›Trip Ideas›Beach & Water Sports›St. Croix Goes Back to Its Farm Roots to Appeal to Vacationing Foodies 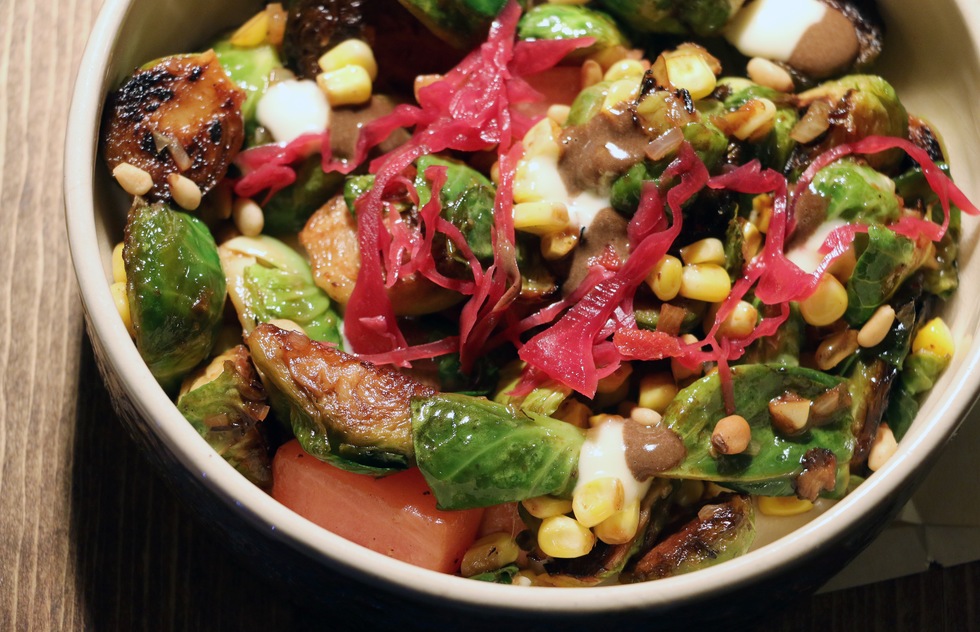 St. Croix Goes Back to Its Farm Roots to Appeal to Vacationing Foodies

The cost of food in the Caribbean can be stratospheric, but St. Croix has something its neighbors don't: plenty of arable acreage. Fresh ingredients are propelling this U.S. Virgin Island as a gourmet culinary destination.

St. Thomas may be the U.S. Virgin Islands’ swinging commercial hub and St. John its parkland jewel, but St. Croix, the largest island, is the earthy big mama—and it’s having a moment.

Known as the "plantation island" for its reputation as an 18th-century sugar workhorse, the island once thrummed with the compulsory industry of African slaves working the loamy soil on some 200 sugar plantations. Today the plantations are gone, but the island is turning to the land once more in a farm-to-fork movement that's a rousing revival of St. Croix's agrarian heritage.


Agricultural fairs, food festivals, and foodie tours have become the island's hot tickets. Restaurants are not just paying lip service to locavore; they're also elevating quality on a dedicated day-to-day basis: cooking with fresh island-raised ingredients and even wild foods foraged from the fields.


St. Croix has plenty to celebrate. At 84 square miles, the island is big, but it's the most sparsely populated (just 50,000 Crucians) of the U.S. Virgins. It's the most remote as well, split from its sister islands by one of the Atlantic Ocean's deepest trenches. Maybe that's why St. Croix has a languid, small-town vibe. The Big Easy of the Caribbean may not be glitzy, but who needs flash when you're blessed with so much beauty? We're talking picture-perfect beaches, tropical forests, mossy volcanic hills, even a bioluminescent bay. We're talking a fascinating history—Alexander Hamilton developed his business savvy as an adolescent here—and an impassioned culture of artists and artisans.


When cheaper sugar beets replaced sugarcane in the making of rum and molasses, St. Croix recalibrated, planting crops and becoming the region's bread basket. Farmers dropped their plows in 1966, when a big Hovensa oil refinery landed on the island. Fortunes pivoted again in 2012, when Hovensa closed, throwing thousands out of work. It was a perfect storm: The need for jobs and sustainability dovetailed with the global trend of eating locally. St. Croix was off and running.

Meet the Food Makers
Today, farmers and impassioned chefs are embracing the island's culinary mission of being local, seasonal, and self-sustaining. Each April, the St. Croix Food & Wine Experience throws sunset barbecues and vintner dinners and is followed by A Taste of St. Croix, a creative commingling of farmers, chefs, and food artisans. A typical year might include farmers' market tastings and martini-and-music galas.

Any time of year, you can take a tasting tour of secret spots beloved by locals in the island's largest town, Christiansted, with Virgin Islands Food Tour.

In mid-February, thousands head to the 3-day AgriFest, an agricultural expo and big love-in for all things farm-related, plus a full lineup of music acts. All year long, farmstands show off the island's bounty. Heirloom tomatoes, salad greens, and tropical fruit are sold at the farmstand of ArtFarm in south St. Croix on Wednesday afternoons and Saturday mornings (don't miss the onsite art gallery). Sejah Farm sells fresh veggies, meats, eggs, and honey at their daily farm market (closed Sun) in the island's "farm belt" in central St. Croix.

Fresh New Tables
The town of Christiansted is a center for the current food movement. If any one restaurant helped put St. Croix on the culinary map, it's Balter, its praises sung by the New York Times, among others. Serving refined West Indian cuisine from ingredients that are largely locally sourced (and often foraged by Chef Digby Stridiron that day), Balter cooks up dishes like breadfruit-crusted chicken and a minxy kallaloo of corn fungi, okra, crab, and pork belly. (Pictured above is the restaurant's tamarind-charred brussels sprouts with corn puree, black garlic aioli, sous vide radishes, and rosemary-scented pine nuts.) Balter has transformed a once-dilapidated colonial slave quarters in downtown Christiansted, and even its cocktails have a locavore spirit, made with house-infused liquors and homemade fruit syrups.

Nearby at Zion Modern Kitchen, in the historic 18th-century Quin House, with a scuffed-up wooden floor and a white wainscoted ceiling, the emphasis is on farm-fresh ingredients and classic island cuisine with a modern twist. Come for Thursday-night dance parties in the palm-fringed courtyard.


Even the island bars are getting in on the act. At BES Craft Cocktail Lounge, the former award-winning mixologist at Zion, Frank Robinson, concocts his own rum infusions from local fruits and foods.


But locavore is also food born of a place and time. Go native with a traditional West Indian lunch of fish and fungi (a cornmeal side) at Harvey's—a must-stop for Crucians and visitors alike. Or head to Estate Princesse on the North Shore to Cast Iron Pot, where you can taste the soul of St. Croix in Chef Burton Peterson's finely crafted island favorites: saltfish gundy, stew chicken, red pea soup, and Cruzan rum cake.

Join the lines at the takeout window at La Reine Chicken Shack, in the center of the island at Centerline Road in Kingshill, for slow-cooked, spit-roasted chicken and johnnycakes and a Saturday-night pig roast—and yes, that just might be Martha Stewart behind you.