Thank you for subscribing!
Got it! Thank you!
Home›Trip Ideas›Local Experiences›Amish Sotheby's: What to Expect at a Mud Sale in Pennsylvania Dutch Country 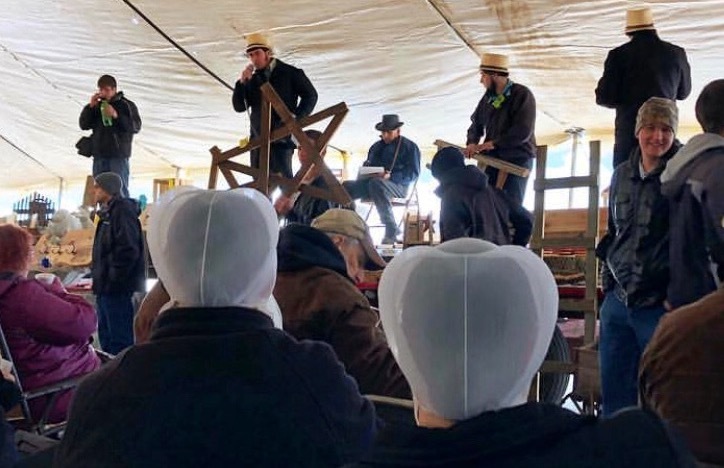 Amish Sotheby's: What to Expect at a Mud Sale in Pennsylvania Dutch Country

Each spring, Amish and other residents of rural Lancaster County, Pennsylvania, gather for festive fundraisers with farm auctions, baked goods, and a chance to meet the locals. Here's what to know before you go.

You probably don’t associate the Amish with high-voltage verbal displays—or, for that matter, high-voltage anything. If you know one thing about the Amish, it’s that they stay off the power grid.

But watch and listen as an Amish auctioneer hawks, say, a wooden crate—combining the motormouth patter of a racetrack announcer with the wheedling salesmanship of a carnival barker, all while speaking in a rapid-fire version of the uniquely lilting Pennsylvania Dutch accent—and you’d be forgiven for finding the overall effect, yes, electric.


To catch an auction in action, you don’t have to join the separatist religious group. All you have to do is attend a “mud sale,” one of the fairlike fundraisers held throughout the spring in the towns of rural Lancaster County in southern Pennsylvania, home to one of the country’s oldest and largest Amish communities.

“Amish are spread out across 30 different states, but mud sales are only in Pennsylvania—primarily Lancaster County,” according to Joel Cliff of the region’s tourism office, Discover Lancaster. He says that for visitors, the sales offer a rare “chance to interact with Amish living their daily lives.”

And there aren’t a lot of those opportunities. For some visitors to the area, interactions with Amish residents are limited to driving past a horse and buggy or two. 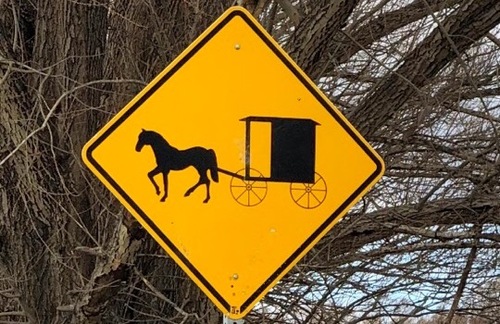 Organized to benefit local volunteer fire departments, mud sales occur on Saturdays from 8am to 2pm, starting in late February and continuing through mid-May, with scattered sales in the summer and even into the early fall. They’re called mud sales because most of them take place during the time of year when rain showers and snowmelt turn the ground into a squishy slurry (wear boots).

On a recent Saturday morning in March, a muddy but navigable expanse next to the Penryn Fire Company in an unincorporated township near Manheim, Pennsylvania, served as a kind of Amish Sotheby’s. A huge hodgepodge of inventory—all of it donated by local community members, Amish and not—was lined up and awaiting its turn on the auction block.

In one area, farm and lawn equipment—mowers, hoes, pitchforks, rakes—stretched as far as you could squint. Elsewhere, separate tents were set up for bidding on furniture, antiques, crafts, and quilts (by far the day’s hot-ticket items, fetching prices upwards of $300 a pop). 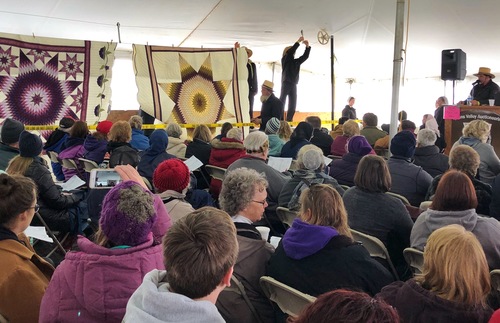 (Inside the quilt tent at a mud sale in Penryn, PA; image by Zac Thompson)

By the end of the day, virtually every handsaw, chifforobe, earth tiller, and gewgaw on the premises would be auctioned off, with all proceeds going to the firefighters. Cliff of Discover Lancaster estimates that each sale pulls in something in the range of $30,000 to $80,000, depending on the size of the event. There are about two dozen different sales throughout the spring.

At Penryn, around 60% of the crowd appeared to be Amish, judging from their modest, traditional clothes, straw hats (on men), and bonnets (on women). The rest of us were “English,” the Amish term for those outside the group, regardless of ethnicity. Among volunteers working the sale—auctioneers, food vendors, kids with wagons for schlepping customers’ buys to their cars or buggies—the Amish/English split seemed to be more lopsided in favor of those in hats and bonnets.

Visitors are welcome to bid on handmade quilts or handsome shovels that catch their eye during the auctions, several of which are usually going on at the same time in different areas of the grounds. To bid, you’ll need to register for a numbered card in the sales office, where you’ll also pay for and claim your treasures afterwards. Newbies be warned: Things happen very quickly in auctions, and your chances of feeling like an accidental bidder in a hacky sitcom are very high. 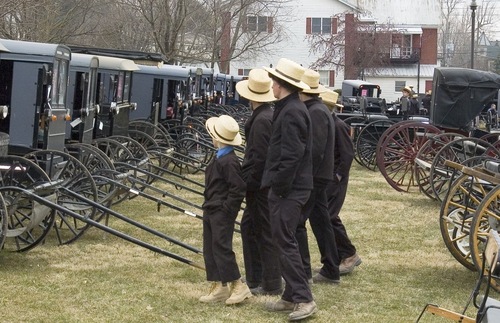 You might have a better time if you simply soak up the festive atmosphere. Sit in on a few auctions, letting the emcees' musical babble serenade you with what sounds a little like Porky Pig singing the “Battle Hymn of the Republic.” In the quilt tent at Penryn, the wares were brought to the stage via a clothesline that became a slideshow of colorful stars, diamonds, and other patterns. Outside on the grounds, kids wearing solemn dark suits steered wagons and scooters through crowds of families socializing before the busy planting season begins in earnest.

And then there’s the food—reason enough for heading into the countryside. Generous use of fresh dairy makes Amish baked goods especially mouthwatering, so only the most gluten averse and lactose intolerant will be able to bypass the doughnuts, buttery soft pretzels, apple dumplings topped with ice cream, and pies for sale. For a quintessentially Pennsylvania Dutch way of raising your blood sugar, try a slice of shoo-fly pie, which involves a gooey molasses filling between crumbs and crust. 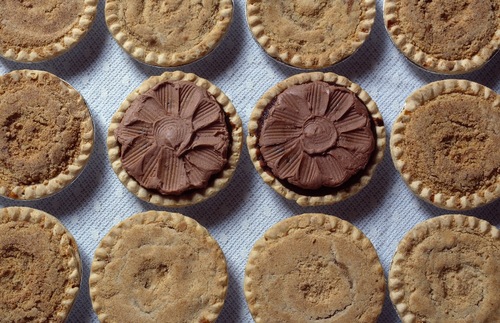 As you explore these wonders, remember not to gawk, blurt impertinent questions, or, worst of all, ask Amish sale-goers to pose for photos. You can take shots indirectly or from a distance, but preening for a camera violates Amish beliefs about the importance of humility.

That may seem an entirely alien concept in our selfie-snapping age, but in other ways, visitors are liable to leave a Lancaster County mud sale noting similarities across cultures. After all, what’s more all-American than hunting for bargains and high-calorie desserts?

To find a mud sale to attend in Pennsylvania Dutch Country, visit DiscoverLancaster.com for an up-to-date schedule of sales. In addition to dates and locations, individual fire departments' websites and phone numbers are listed so that you can reach out for more information, including parking arrangements. Admission to mud sales is free, and any purchase made on the grounds benefits local firefighters.
Family & Kids
Food and Drink
Local Experiences
Videos