Thank you for subscribing!
Got it! Thank you!
Home›Trip Ideas›Food and Drink›Near the Taj Mahal, A Cafe by Acid Attack Survivors That Shares Beauty with Tourists 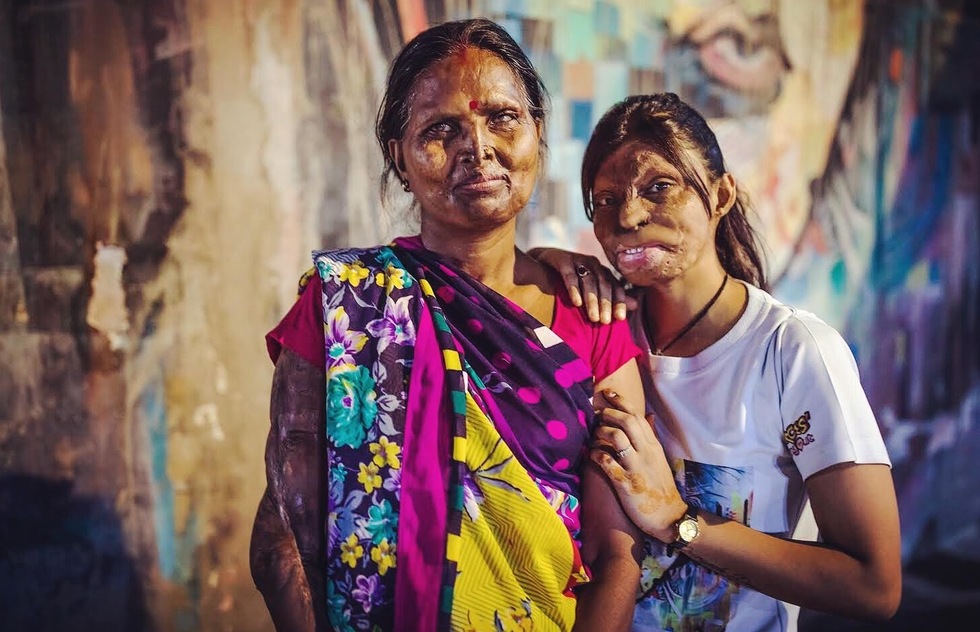 Near the Taj Mahal, A Cafe by Acid Attack Survivors That Shares Beauty with Tourists

In parts of rural India, disfiguring violence turns many women into reclusive outcasts. But at this cafe that serves visitors to the Taj Mahal, survivors are thriving.

Taj Mahal, one of the world’s seven wonders, isn’t the only great testament to love in Agra, India.
Less than a mile and a half away, in a graffiti-covered storefront, is a charming little cafe/coffee shop run by 10 brave women who have been given every reason not to love—but do it anyway.
All ten are victims of acid attacks.
Rather than hide, rather than feel like outcasts, they joyfully run this colorful cafe, cooking all the food, waiting the tables, keeping the books.
Their lives were turned upside-down when people who allegedly loved them used sulfuric or nitric acid to melt their skin, burn their hair, and disfigure their faces and necks.
Geeta Mohar, for example, and her two young daughters were sleeping when Geeta’s husband, angry because she hadn’t yet produced a male heir, attacked them with the corrosive acid that's cheap and available at any corner store. The newborn died and Neetu, at the time a three-year-old, lost her eyesight. Now Geeta and Neetu (pictured above) work together at the cafe.
Ritu Saini was a state volleyball player until a cousin and his friend on a motorcycle attacked her while she was walking to practice.


According to the group Stop Acid Attacks (SAA), an average of five attacks occur every week, mostly in rural India.
Usually, it means a lifetime of being shunned and ostracized.
Not at Sheroes’ Hangout. At this cozy, pay-what-you-like cafe, Geeta and the gang dispense fresh Indian dishes such as vegetarian biryani, paneer butter masala, dal fry and aloo gobi. Sheroes, tucked away on a dusty street, is a welcome respite from Agra’s cacophony of taxis, rickshaws, fume-belching tour buses, and souvenir barkers. Out of the din of the city, there's free Wi-Fi, an exhibit space for women’s art, a feminist bookstore, and a comfy spot for afternoon tea. 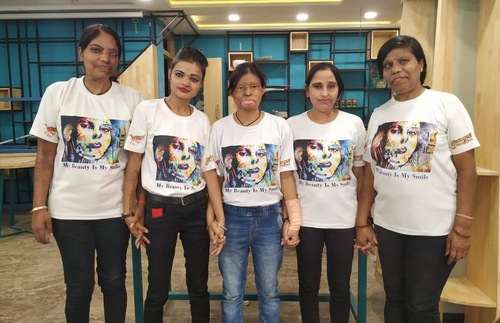 Credit: Sheroes
Guests can also browse the boutique that sells jewelry crafted by Chanchal Kumari, who was attacked by a spurned suitor, or saris and tops created by Rupa, a gifted designer whose scheming stepmother attacked her with acid when she was 12,


A 15-minute documentary plays, detailing in several languages the mission of the founding organization and the stories of the survivors, some of whom have undergone as many as 12 surgeries.


Sheroes’ Hangout opened in December 2014 after Alok Dixit, a journalist turned activist from New Delhi, wrote a news story about the cruel practice of acid attacks in patriarchal India. He joined with three friends to launch a crowdfunding campaign that led to the group Stop Acid Attacks (SAA), an NGO that provides medical, legal and emotional support, job training, shelter, and language lessons for chemical burn victims.

So far, SAA has been able to open two Sheroes’ Hangouts: one in Agra and one in Lucknow. Not only have the cafes provided job training for women who, until then, had been in hiding, but they have also proved popular with backpackers and other tourists, which has enabled the women to give visitors an inside glimpse into India, its culture, its home cooking, and its real problems.
SAA’s campaign has attracted the attention of Bollywood celebrities and international dignitaries such as Prince William and Kate as well as Michelle Obama, who awarded the International Woman of Courage award to the cafe's Laxmi, a tireless campaigner since she was attacked at a bus stop in New Delhi’s Khan Market at age 16.

And while Sheroes' menu and delectable milk chai regularly win five-star reviews on social media sites, it’s the open-hearted employees that draw tourists in. Why patronize McDonald’s (yes, there’s a McDonald’s in Agra) when your spending can help change the world?
Rather than hide like outcasts, Geeta, Neetu, Ritu and seven other survivors choose to share friendship and love with visitors.

And in doing so, they demonstrate that, despite being marginalized culturally, they are still beautiful, still worthy, and still have important gifts to share with people from all over the world.
Sheroes’ Hangout: Tajnagari Phase I behind GoStops, Agra, India. www.sheroeshangout.com.
Food and Drink
Local Experiences
Women