Thank you for subscribing!
Got it! Thank you!
Home›Trip Ideas›Outdoor & Adventure›Ghost-Hunting in Galena: Talking to the Dead in the Heartland 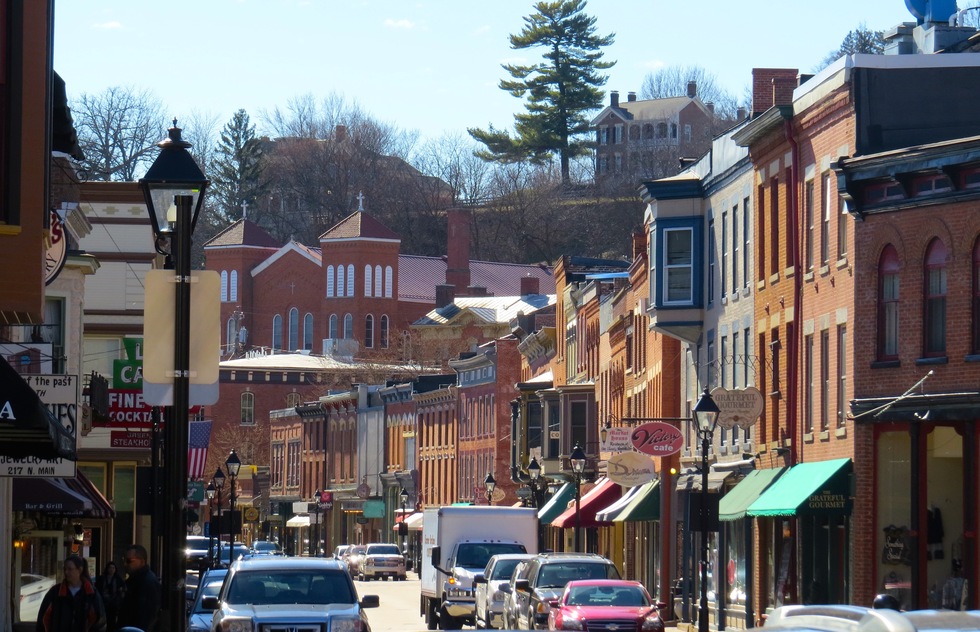 Ghost-Hunting in Galena: Talking to the Dead in the Heartland

Ghosts aren’t the first thing people typically associate with the Midwestern town of Galena, Illinois. But after my spine-tingling experience, perhaps they should.

Galena, Illinois, population 3,361, will forever be the town where I was hugged by a ghost.

It certainly wasn’t the sort of souvenir I anticipated when my mother and I planned our overnight getaway to this popular riverside hamlet three hours’ drive from Chicago.
Once the steamboat capital of the Old American Northwest, attracting the likes of Abraham Lincoln, Ulysses S. Grant, and Mark Twain, Galena today is beloved for its charming B&Bs, wineries, historic mansions, and antique shops, all centered around a well-preserved Main Street lined with red-brick buildings dating back to the 19th century.
My mother and I took an overnight sojourn to Galena. The intent was to stroll Main Street and do some antiquing—nothing too exciting or risqué. However, upon arriving, we spotted a storefront on Main Street that changed things.
It was a sign for Amelia’s Galena Ghost Tours.
“Let’s do it,” I turned to my mother. She rolled her eyes. I signed us up anyway.
I’m a sucker for ghost stories and was eager to uncover the ghoulish underbelly to a town that, at first blush, seemed too sweet and too charming. There had to be a darker side. There usually is. So instead of enjoying a quiet night nestled in the comfort of our hotel, we joined 10 other intrepid souls for a tour that transformed us into ghost hunters.

***
The 90-minute tour began on a small bus, one that crept slowly up narrow Main Street as our guide, an amateur ghost hunter, described some of the reported paranormal activity. There’s the piano that moves on its own at Galena’s first mortuary, now a restaurant called One Eleven Main. There’s the mist-like figure that likes to tease staff at Vinny Vanucchi’s restaurant.
Then there’s the “Lady in Black,” the mysterious apparition in the basement restaurant at the Desoto House Hotel, built in 1855, the oldest operating hotel in Illinois.

That was where my mother and I happened to be spending the night.
The stories were amusing and scary. But what made the experience unique from other ghost tours I’ve taken was the incorporation of paranormal equipment. Among the goodies: Dowsing rods, EMF detectors, and a ghost voice box. I’d never played around with any of these before, so I was curious—not to mention anxious—about getting my hands on them.
Our first stop was at the old city cemetery overlooking downtown. More than 3,000 souls are buried there, mostly in unmarked graves going back more than 150 years. We were told to keep watch for a cloaked woman with glowing red eyes, an unfriendly spirit who would signal for us to leave.
It was in this eerie setting, in the dark of night, under the glow of the moon, where I got to experiment with dowsing rods for the first time. Historically used to locate water, minerals, and unmarked graves, dowsing rods are also considered a communication device with the spirit world, much like the Ouija board. 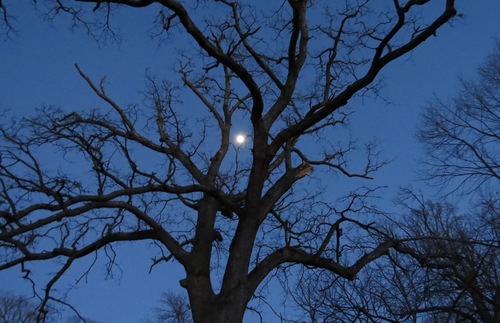 With the group circled around me, I held the two L-shaped copper rods in my hand, momentarily second-guessing my eagerness to chat with TBD ghosts, and freaking out, just a little bit, in anticipation.
I swallowed deeply. Gripping the rods tightly, I asked aloud: “Please show me ‘Yes.’” The rod in my left hand slowly, slowly, slowly turned inward. Watching this gave me goosebumps. I leveled the rods so that they both pointed forward again and asked more: “Are you the relative of someone?” “Please point to who you are here with?” “Are you as amused by this as we are?” With each question, the left rod would either swing in (Yes) or away (No). And with each question, my goosebumps grew. I was not moving the rods or willing them in any specific direction; I had no scientific explanation for how it was happening.
I summoned up the courage to ask aloud, “Are you here with a spirit looking over me?” The left rod swung in (Yes). Then I asked, “Can this spirit give me a hug?” That’s when it got exceptionally spooky: Both rods swung outward and lightly tapped me on the shoulders.
Holy. Crap.
I looked at our guide to see if he had some hidden remote control, but his hands were free. Everyone was looking at me, eyes wide. I just got a hug from a ghost.
Holy. Crap.
***
Our second stop was at the Ryan Mansion, a Victorian mansion originally built in the 1880s. Considered to be one of the most haunted homes in Galena, it was difficult to sell when it went on the market several years ago, according to our guide. Real estate agents would spot figures dressed in period clothing in the mirrors, which prompted them to ditch showings completely. The (brave) family that lives there now accepts that they “coexist” with spirits and apparently enjoys the cohabitation.


Our guide escorted us into the main parlor, which the family opens to the tour. It’s in this room where mediums and ghost hunters have experienced the most paranormal activity. Some say it’s the former mistress of the home, Mrs. Ryan, who died in the room above and whose wake occurred in the parlor. Others report activity from a child, possibly a servant boy who once lived in the home.
Regardless of what you believe, it's certainly creepy being in the space. Moving about the room, which is richly furnished in antiques, plush upholstery, and mirrors from another era, it’s easy to get spooked. The old house creaks. The mirrors reflect everything. The piano could very well start playing by itself. 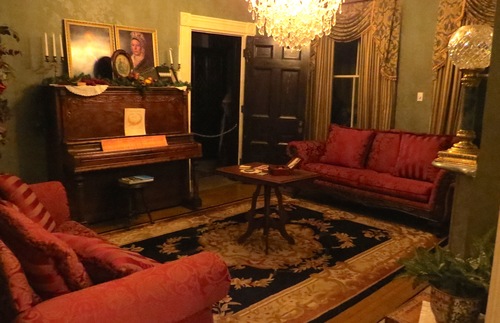 In this room, I experimented with an EMF detector, which is a handheld device that lights up when electromagnetic fields are detected. The higher the EMF reading, the stronger the energy—a.k.a. the spirit. All the EMF meters indicated a disturbance near the door leading to the servant’s hall. This is a door that has been known to swing open by itself. Could I have been standing right next to a spirit? 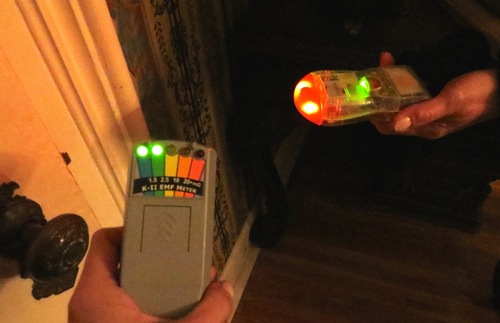 Our guide then turned on a ghost box, a device paranormal investigators use to communicate with the dead. It scans radio signals and allegedly molds spirit energy into words that we can understand. The box spit out a few answers to questions posed by those of us in the room, but the responses weren’t too clear. It was still spooky as hell. I couldn’t help but imagine the spirits of a woman and a little boy chuckling at all of us holding our EMF detectors, eyes on and ears perked to that tiny ghost box.
When the tour ended, my mother and I walked back to our haunted hotel on Main Street. I asked her if she believed anything that we had witnessed was truly paranormal, but she shrugged her shoulders. As her slightly more open-minded and adventurous daughter, I found the experience both fascinating and goosebump-inducing. So much so, I made sure that we slept with the lights on that night.
Local Experiences
Outdoor & Adventure