Thank you for subscribing!
Got it! Thank you!
Home›Trip Ideas›Outdoor & Adventure›How to Do the Camino de Santiago in Less Than a Month 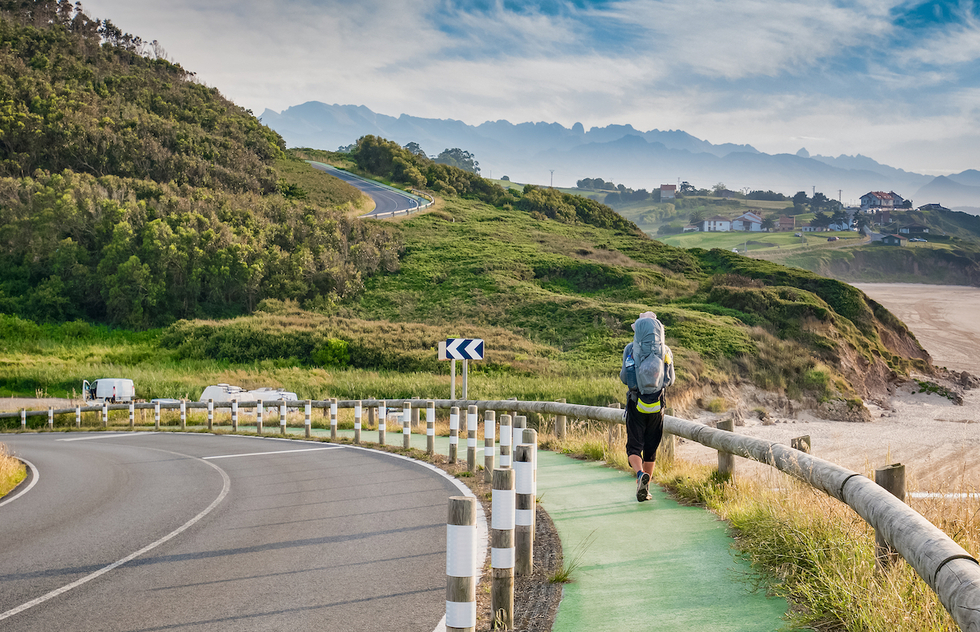 Personalize your pilgrimage with these routes for experiencing Spain's iconic Camino de Santiago in about 2 weeks or less.

It may surprise you to learn that Spain's Camino de Santiago, the famous pilgrimage route to the northwest region of Galicia, is not just one long and winding road.

Instead, it's a network of several routes with varying lengths and starting points, all designed to convey the devout (and a bunch of tourists) to the medieval cathedral of Santiago de Compostela, reputed resting place of Spain's patron saint, the apostle James the Great.

Trekking one of the longest routes for its full distance can take more than a month. But if you don't have that much time to devote to the project, you can try one of the shorter ways, walk only a portion of one of the longer ones, or mix and match.

You don't even have to finish the pilgrimage in a single attempt. Pilgrim passports, in which you can collect stamps to mark your progress, have no expiration date so you can always come back and try another path. (Another benefit to having a passport: It grants access to albergues, the inexpensive, hostel-like accommodations created just for pilgrims. Be sure to order your passport in advance online; passports are hard to come by along the way).

Here are several popular Camino de Santiago options that will give you a rewarding experience in a manageable amount of time. 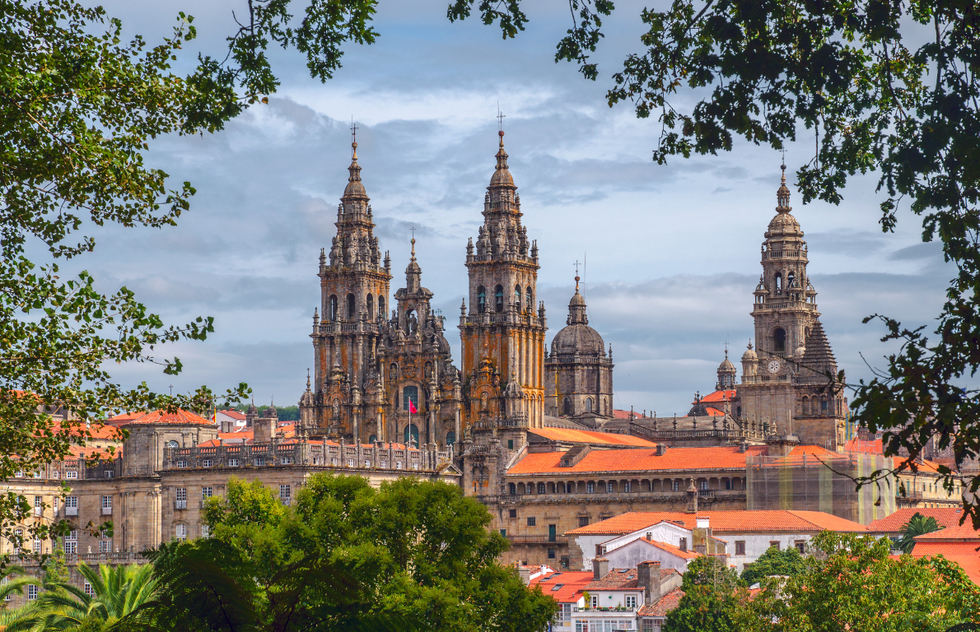 The most famous and most popular route starts in the southwestern French town of Saint-Jean-Pied-de-Port, then leads through the Pyrenees mountain range into northern Spain. This is the trek most often featured in books and movies, and the one picked by more than two-thirds of travelers headed to Santiago de Compostela. Though long, the route is pretty user-friendly, thanks to its extensive infrastructure.

If you don't have time for the whole enchilada, the last 100km, starting in Sarria, can be covered in about a week, and you'll still get to see green landscapes and charming market towns as well as commune with other pilgrims over tasty Galician food and wine at the end of each day.

Remember: As long as you walk a total of at least 100km, you're eligible to receive the official certificate of completion in Santiago de Compostela. 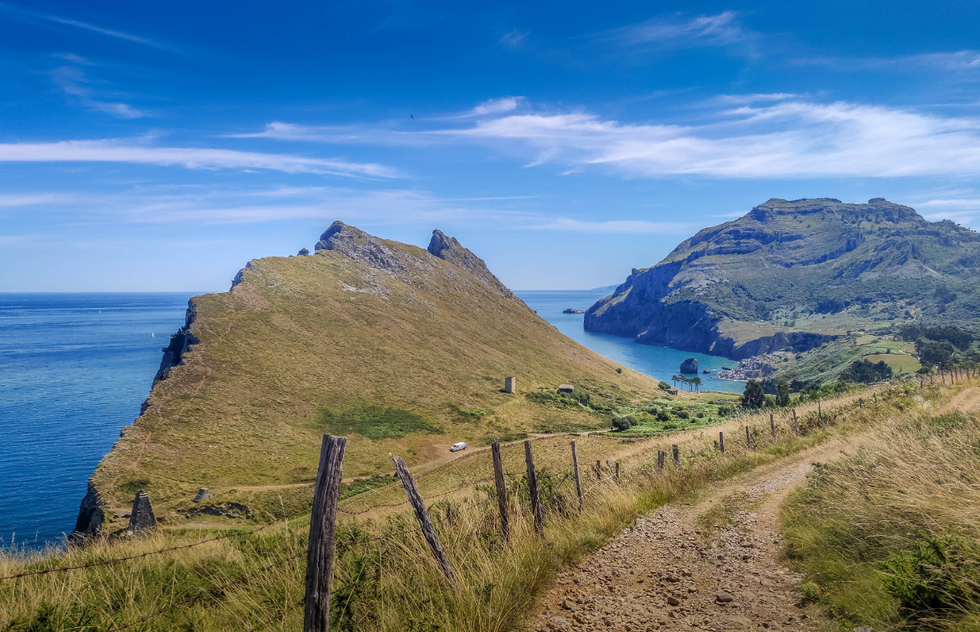 More physically challenging than the Camino Frances, this one begins in Irun and follows the northern coast of Spain almost the entire way. The route includes days spent walking with an ocean view and stops in small beach towns.

For a shortcut that breaks the length in half, combine the route with the Camino Primitivo (see below) in Oviedo. You can also focus on a specific region, hitting the Camino del Norte to explore Basque Country (6 days), Cantabria (5 days), Asturias (6 days), or Galicia (15 days).

The oldest and most difficult route passes through small villages and across dramatic mountains. It combines challenging terrain and long distances between towns, but the route is rich in culture and community. The way joins with the Camino Frances in Mélida.

In addition to being a (comparatively) short hike, Camino Finisterre stands out because it starts in Santiago rather than ending there. Heading west, the route takes travelers to fishing villages and the rugged Atlantic coast before coming to a stop at the aptly named "End of the World." Finisterre works best as a pilgrimage extension for trekkers who find they still have some juice in the tank after reaching Santiago. 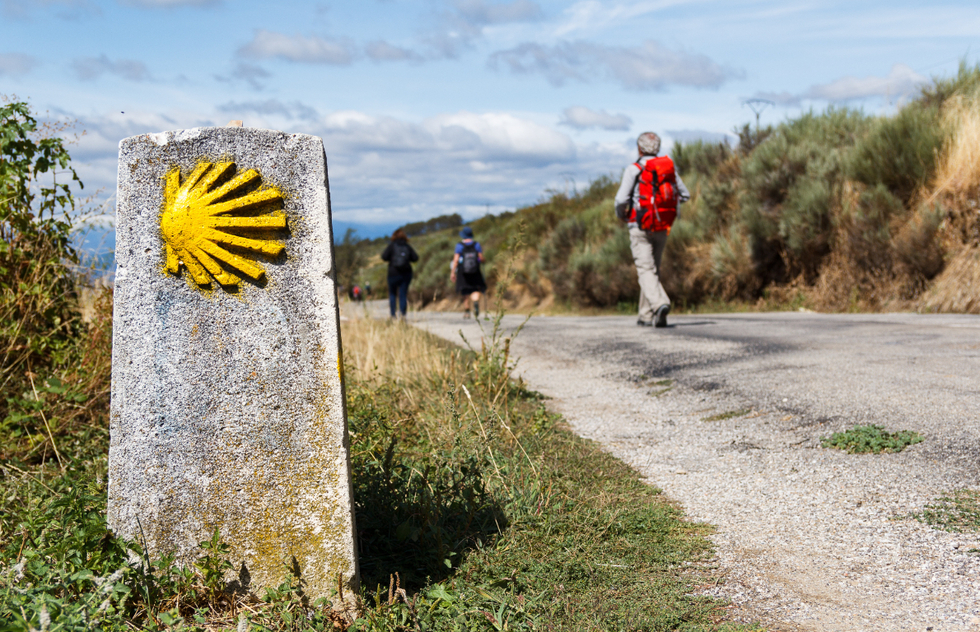 The English Way—so named because it was once the route of choice for pilgrims from places to the north, such as England and Ireland—starts in either Ferrol or A Coruña and then heads south for Santiago de Compostela (note that if you begin in A Coruña, you'll only walk 75km and therefore be ineligible for that coveted certificate of completion). Wherever you start this route, though, you'll get a nice sampler of Camino wonders, from coastal scenery to rolling countryside.

Approaching from Portugal gives you another stunning coastal route, and this one is less difficult and shorter than the Camino del Norte. Begin in the waterfront city of Porto and journey through lush Galician scenes of forests, vineyards, and beautiful medieval villages. Or stretch the trip out even further by starting in the Portuguese capital of Lisbon.