Thank you for subscribing!
Got it! Thank you!
Home›Trip Ideas›Outdoor & Adventure›Ireland's Just-Opened "Greenways" Could Transform How to Tour the Emerald Isle 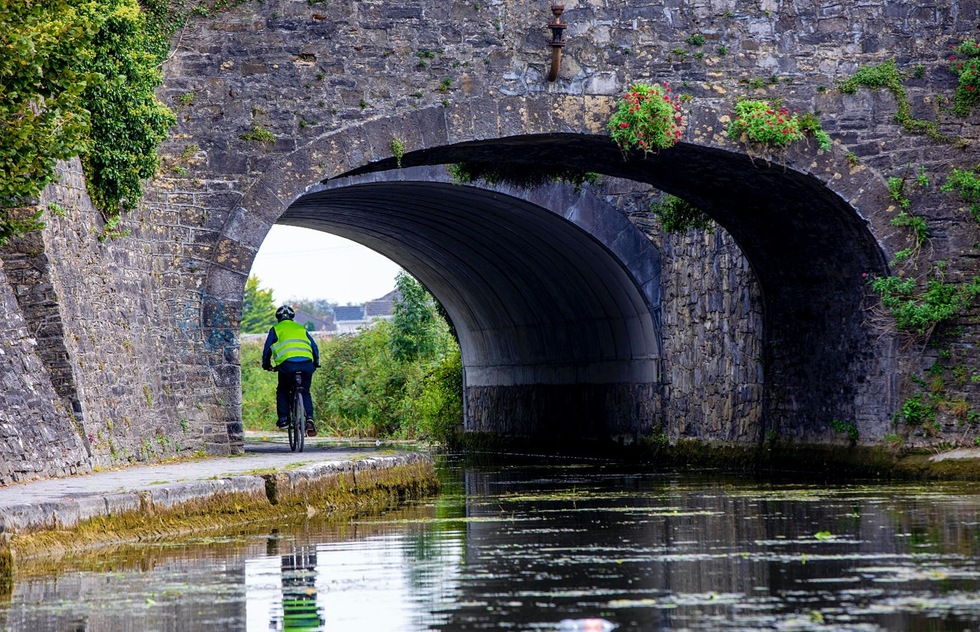 Converting abandoned railbeds and towpaths into leafy off-road routes for walkers and cyclists, Ireland is creating a whole new way to explore the Emerald Isle.

International travel has been in slumber, but Ireland has been using the pause to speed the conversion of its industrial past into its touristic future.

On July 1, the €10 million (US$11.8 million) Limerick Greenway opened. The Greenway, a 40km (25-mile) paved path linking the villages of Rathkeale, Newcastle West, and Abbeyfeale near the city of Limerick, is "the biggest outdoor tourism amenity project ever undertaken" by the city, according to The Irish Independent.

The new route takes the place of a segment of the bygone Limerick–Tralee railway line, which operated from the late 1800s until the late 1970s. In time, the new path will be extended directly into the city of Limerick.

The dismantling of the country's once-extensive train system pushed most tourists into rental cars and buses, and in a hilly country of rain-slick one-lane roads, that hasn't been ideal for easy vacations.

But as forgotten old railbeds and canal paths are returned to service for foot-and-cycle traffic, travelers who want to escape Ireland's dense cities and meet the countryside no longer have to negotiate expensive rentals, twisting roads, and dangerous curves. The Greenway system is designed to be a safe, level, picturesque method to get from village to village.

Greenway projects have been gaining ground for the past decade; we've already recommended them as an excellent way to explore Ireland's rural West Coast.

But in many cases, these projects have been rural endeavors that don't connect well with the cities where international tourists tend to go. For most Greenways you have to figure out how to escape the cities to reach them. 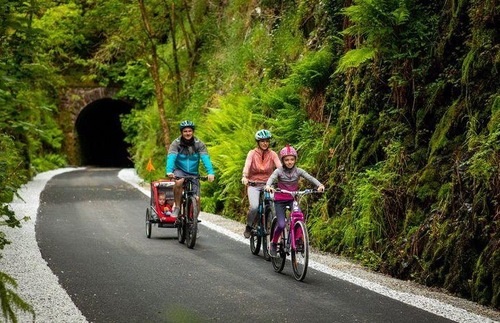 But in 2017, the 40km (25-mile) Waterford Greenway arrived in the north of that city. The eye-popping route negotiates historic railway bridges, viaducts, and tunnels, and it has been so popular with city dwellers that studies are underway to nearly double its length.

Now a further €63.5 million (US$75 million) has been pledged for projects across the country to create or expand new routes. Soon, the Greenway network will take vacationers directly from cities to rural villages that are (as yet) unspoiled by tourism, and travelers will use routes that are safer and many times more scenic than the well-worn roads for cars.

The Dublin area's grandest new path, the Royal Canal Greenway, opened in March at a moment when Irish citizens were not permitted to wander far from their homes—but the trail is poised to be a boon for the coming return of foreign visitors.

The first section of the 130km (80-mile) Royal Canal Greenway—now Ireland's longest—was developed along the disused towpath of a historic barge route west of Dublin. The path links Kildare, Meath, Westmeath, and Longford.

Those villages don't traditionally see floods of outsiders, but the towns will now feed and entertain hikers and bikers, thanks to a project that spun a new attraction out of old infrastructure.

Even in the short time since the route's debut, many cycle rental businesses have rushed in to offer bike hire and portage for one-way leisure trippers.

Currently, you have to get out of Dublin to join the Royal Canal Greenway. But now that the success of that first portion has been established, boosters are solidifying plans to complete a segment that will extend all the way into the capital, opening easy access to the more than 9 million international tourists the city welcomes in a normal year.

When that happens, visitors will be able to land at Dublin's airport, take public transit into town, and rent bikes for the entire distance from city to midlands—never dealing with car rentals at all.

And considering that Ireland restricts car rentals to people who are between the ages of 25 and 75, the availability of Greenways promises to transform touring possibilities for both younger and elder visitors.

Even locals have been surprised at the vigor of pent-up demand. Jim Barrett, who runs Pedals Pursuit Bike Hire on the Limerick Greenway's existing route in Newcastle West, told the Irish Mirror, “There have been a lot of lean years but we’ve found in the last two weeks, with the promotions and all that, it’s gone bananas."

The day may soon come when vacationers to Ireland no longer have to face white-knuckle drives from village to village, but instead can explore the country's rural corners safely on a bucolic wander through the leafy byways of the Greenway system. 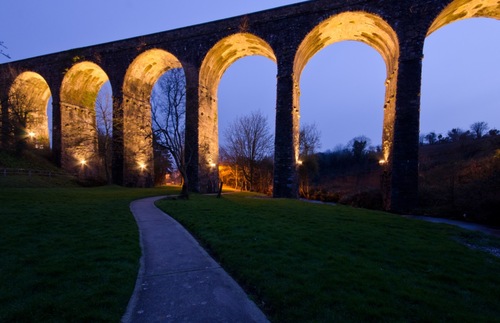