Thank you for subscribing!
Got it! Thank you!
Home›Trip Ideas›Outdoor & Adventure›Redwoods, Beer, and Bigfoot: Exploring California’s Santa Cruz Mountains 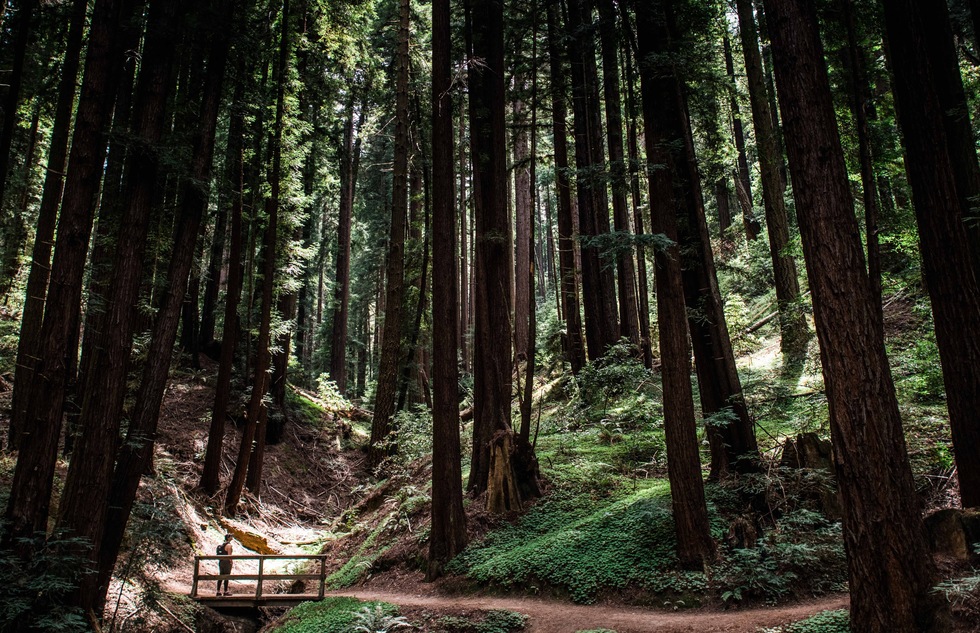 For a serene outdoor experience near the San Francisco Bay Area, head into the Santa Cruz Mountains to discover redwood cathedrals, laid-back beach towns, and maybe even Sasquatch.

When Silicon Valley locals and visitors to the San Francisco Bay Area want to escape the tech bubble and connect with the outdoors, they typically go north to the Muir Woods National Monument or the Point Reyes National Seashore—destinations that are uniquely beautiful but often crowded as well.

In between quiet hikes through natural landscapes filled with wildlife—black-tailed deer, great blue herons, and the area’s ubiquitous mascot, the banana slug—you’ll explore mountain and coastal towns containing brewpubs, wineries, and even the occasional Bigfoot attraction.


Lay of the Land

From above, the Santa Cruz Mountains splay out in a lazy crescent on the San Francisco Peninsula, encompassing old-growth forest, waterfalls, chaparral, and sandhills overlooking Monterey Bay.

Highway 9 cuts through the area from north to south before terminating in beachy Santa Cruz, home to a vibrant food and brew scene; check out the fish tacos at Steamer Lane Supply (698 W. Cliff Dr.) and the beers at Humble Sea Brewing Company (820 Swift St.) and Santa Cruz Mountain Brewing (402 Ingalls St.).

The beloved Highway 1, meanwhile, curves around the peninsula, offering views of the mountain range from the Pacific side, as well as western access to trails and Shark Fin Cove, a geologic wonder where a mammoth rock formation juts out of the water just as its name implies. 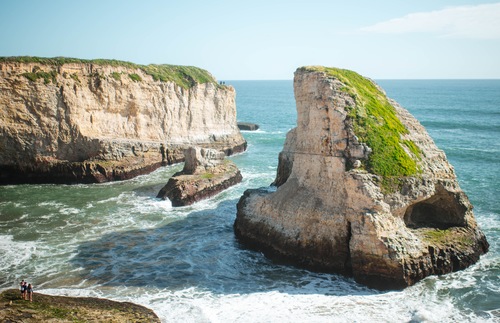 For hiking, you’ll find the most crowds on the waterfall-lined trails of Big Basin, California’s oldest state park, and the 30-mile Skyline-to-the-Sea Trail that departs from Castle Rock, a coveted spot for rock climbing due to its unique sandstone formations.

But perhaps the best spot to experience all the area has to offer is Henry Cowell Redwoods State Park, just outside the tiny quarry town of Felton. The park supplies an ideal combination of culture, history, and trails that furrow deep into ancient forests and across sun-bleached chaparral.

Known for having one of the only remaining old-growth redwood groves in the Santa Cruz Mountains, Henry Cowell has 40 acres of trees, many of them up to 1,800 years old and 300 feet tall. To see these giants, stick to the Redwood Grove Loop Trail, a flat and easy 0.8-mile circuit on shaded paths spongy with ferns, sorrel, trillium, and fungi. You'll also see plenty of those bright yellow banana slugs. 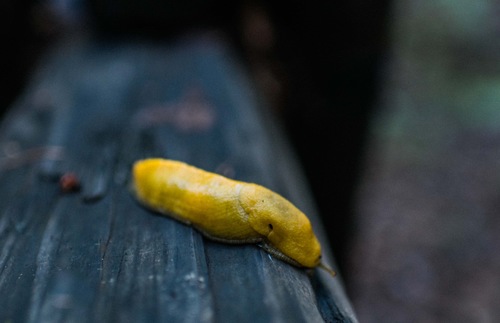 For a broader overview of the park, try the moderate Cowell Highlights Loop. Starting at the visitor center, this 5.9-mile hike goes through groves and meadows to reach the Observation Deck, the park’s highest point at 805 feet in the Santa Cruz sandhills. From here you can spot Big Sur as well as silver-leaf manzanitas and ponderosa pines being worked on by acorn woodpeckers. Heading back down, stop at the aptly named Cathedral Redwoods, an awe-inspiring ring of trees.

Or you can ditch the trek for the Garden of Eden, a swimming hole on the San Lorenzo River. The park also offers one of the few campgrounds in the Santa Cruz range. More than a hundred campsites (closed in winter) occupy a picturesque pine and oak forest.

Near the park’s entrance, you can hitch a ride aboard Roaring Camp Railroads' Redwood Forest Steam Train, one of the oldest regularly operated narrow-gauge steam locomotives in the country. While weaving deep into the former 19th-century logging camp on Bear Mountain, a conductor will regale you with histories of the area, separating truth from tall tales. For example: Did future governor of California John C. Frémont really camp inside the burned-out base of a redwood tree in 1846? 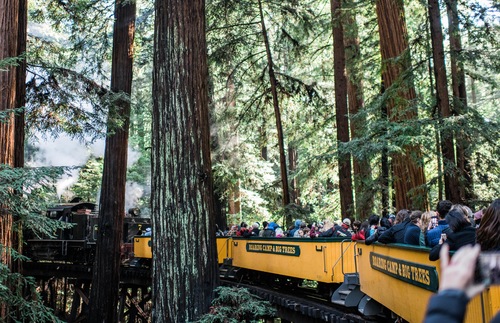 Post-ride, nearby Felton is a great stop for refreshments. Dating to 1874, the oldest building in town is a pub, the Cremer House (6256 Hwy. 9), where you can sample California craft brews and wines from local vintners such as Storrs Winery and Big Basin Vineyards.

The kitschy Bigfoot Discovery Museum (5497 Hwy. 9) is down the street from the pub. Dedicated to chronicling local sightings, the museum screens on a loop the infamous 1967 Patterson–Gimlin footage of Bigfoot tromping through northern California.

Another Santa Cruz Mountain town not to be missed is Ben Lomond, where you can visit Partage Winery (11025 Alba Rd.), which is housed in a fairytale castle, and Casa Nostra (9217 Hwy. 9), an Italian restaurant and taproom with an outdoor patio situated in—what else?—a redwood grove.