Thank you for subscribing!
Got it! Thank you!
Home›Trip Ideas›Outdoor & Adventure›Tips for Avoiding a Snakebite While Hiking 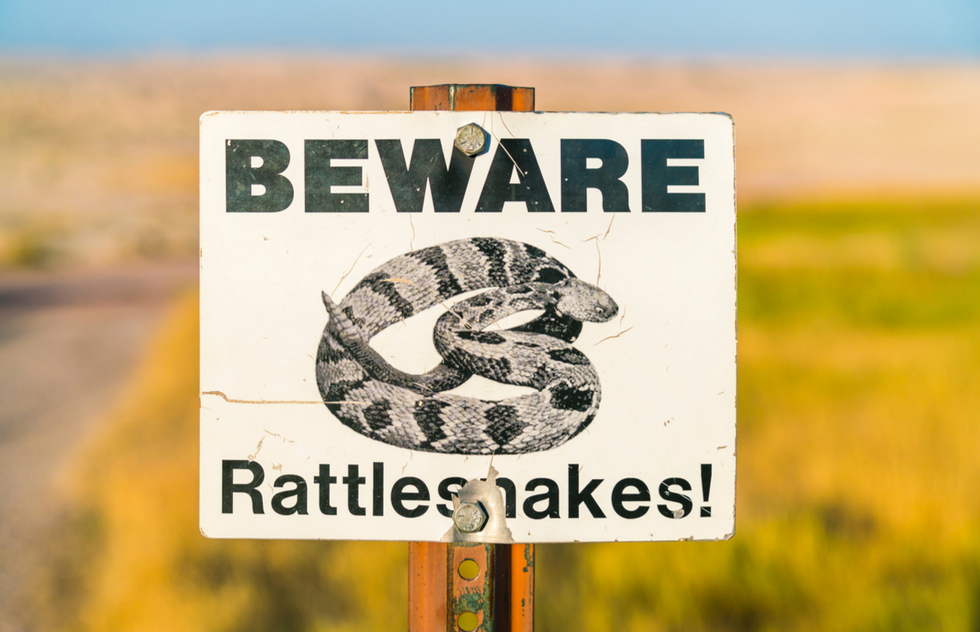 Tips for Avoiding a Snakebite While Hiking

Minimize your chances of falling victim to a pair of fangs and know what to do if the worst happens with these simple precautions.

An estimated 7,000 to 8,000 people get bitten by venomous snakes in the United States each year, according to the Centers for Disease Control and Prevention (CDC).

Deaths from the injury are rare (the annual average in the U.S. is five fatalities), but even so we'd just as soon not cozy up to a cottonmouth, thanks.

Most bites occur between March and October, depending on when the weather warms up. That's the time of year when snakes emerge from their winter naps. It's also when the highest numbers of human hikers, mountain bikers, and other outdoor enthusiasts hit the trails. 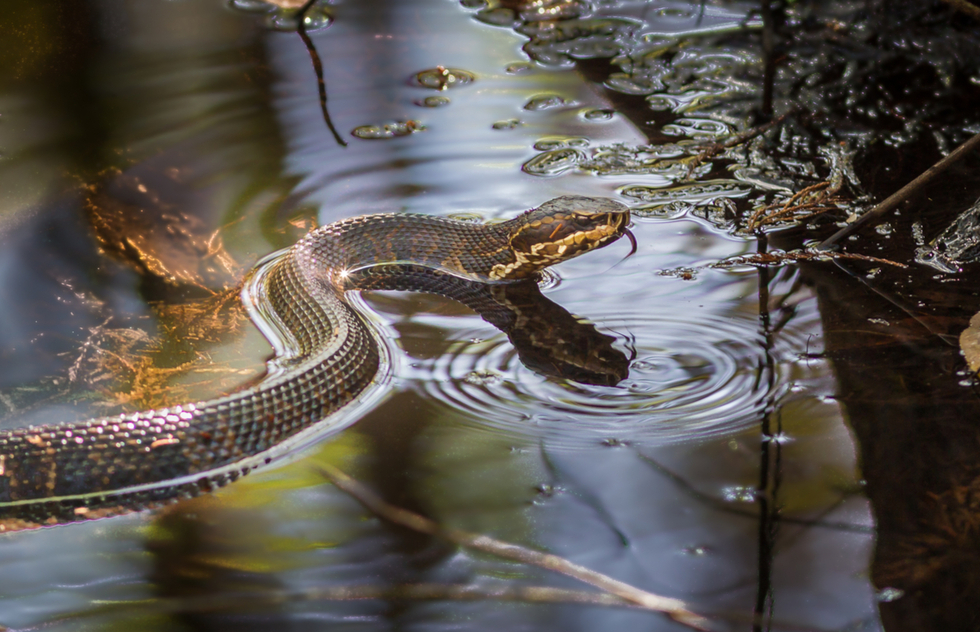 Here are some tips for communing with nature without ending up on the fanged end of a slithering reptile—as well as a few first aid dos and don'ts if the worst happens.

What to Watch Out For

The CDC identifies four kinds of venomous snakes in the U.S.

• Copperheads, which have hourglass-shaped, reddish-to-golden-tan bands on their bodies, dwell in swamps and near rivers in eastern states.

• Dark brown or black cottonmouths, aka water moccasins, lurk in wetlands and along waterways in the Southeast.

• Brightly colored coral snakes, which can be found in wooded, sandy, or marshy spots in the southern U.S., are sometimes mistaken for nonpoisonous king snakes; if the red and yellow bands on the snake's body are touching, you've got trouble: That's a coral snake.

• And rattlesnakes, distinguished by their triangular heads and scaly rattles at the tips of their tails, inhabit areas throughout the continent—mountains, prairies, deserts, and beaches. It's like they took their habitat cues from the lyrics to "God Bless America." 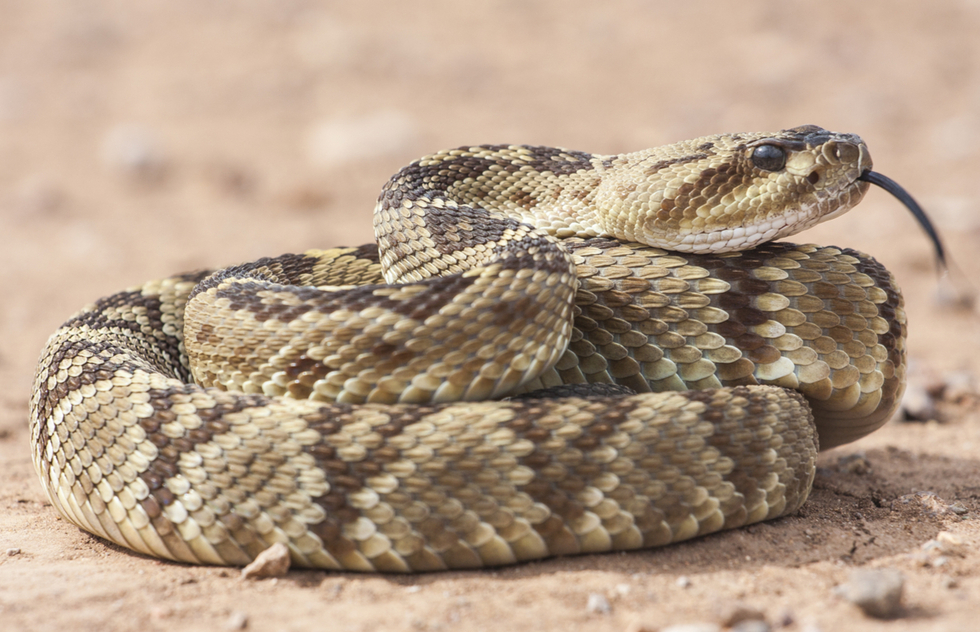 Of the four, rattlesnakes are the type you're most likely to encounter on a hike in the U.S. The country has around 30 different species (with 13 rattlesnake varieties, Arizona has more than any other state).

Though not naturally aggressive toward humans, snakes will strike when they feel threatened. The U.S. Forest Service advises that's most likely to happen when a person gets too close or accidentally touches a snake while walking or climbing. The majority of bites are sustained on hands, legs, and ankles.

But there are several simple precautions you can take to minimize the risk.

The most important: Stay on the trail. Snakes tend to hide in tall grass and heavy underbrush, and there's less of that on a well-trodden path. Keep dogs on leashes and don't let kids wander off, either.

On a related note, watch your step. Don't put your foot down in grass or a rocky crevice if you can't see where your poor, vulnerable appendage is landing. The same goes for touching stones (while rock climbing, for example) or logs with your hands.

Shake out your sleeping bag before using it and don't sit on or overturn rocks or grab sticks without making sure they aren't concealing snakes, which are liable to attack when startled. After all, they can't hear you coming, what with their lack of ears. That dangling branch you try to snap off just might snap back. 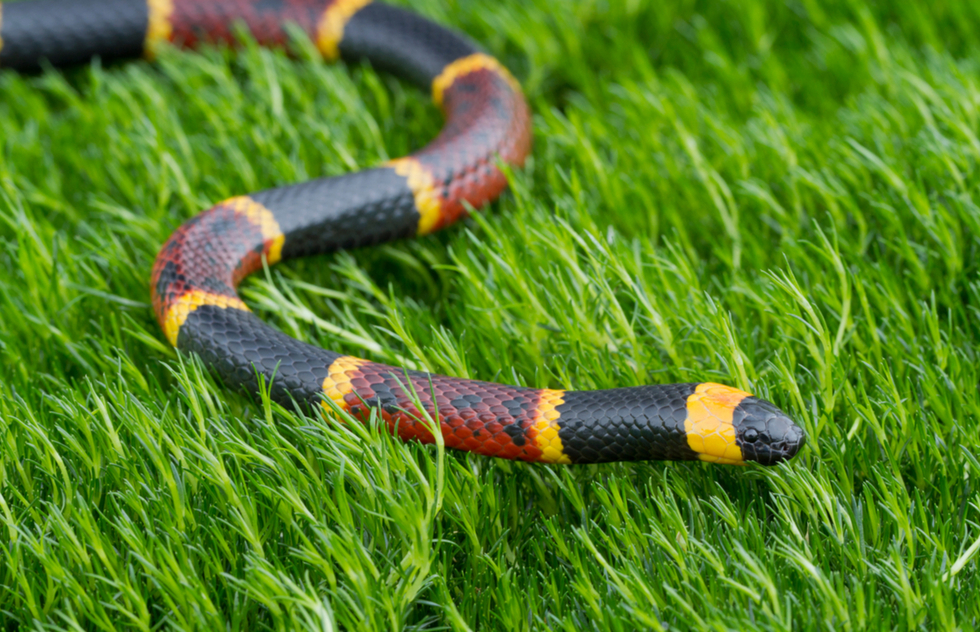 To give your legs and feet additional protection, wear long pants and hiking boots with thick socks. If that's too unbearable in the heat of summer, at least avoid flip-flops and sandals.

If you encounter a snake on the trail, for heaven's sake do not approach the reptile or throw anything at it. Distance yourself from the creature by backing away or walking around it. Don't make any sudden movements toward the snake and don't try to handle it, even if it's dead; a freshly killed snake can still inject venom. Note that rattlesnakes don't always rattle before striking.

What to Do If You're Bitten

Call 911 or the Poison Control Centers hotline (800/222-1222) immediately. You need antivenom medications ASAP. In the meantime, you can expect intense pain, bleeding, and swelling at the bite site, along with possible dizziness and nausea.

Stay calm. It's easier said than done, but, as NPR explains, a sped-up heart rate circulates the venom through your body at a faster clip.

Don't raise the bitten area above your heart. That will speed the venom's path to that essential organ.

Don't squeeze the bitten area. Remove any tight clothing and don't apply a tourniquet. Constricting blood vessels near a snakebite can increase swelling and result in the need for amputation.

Don't make any incisions near the bite or try to suck the venom out. It's a stubborn myth that those are helpful solutions. You're more likely to hurt yourself further.

Basically, forget everything you've ever seen in a western. 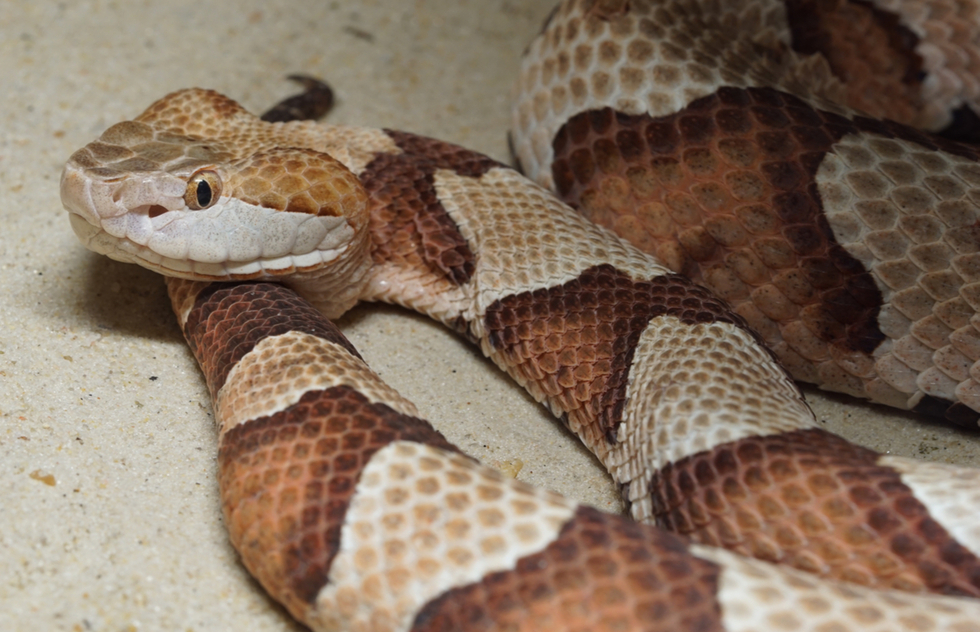 For more first aid tips in the event of a snakebite, visit the CDC's website.