Thank you for subscribing!
Got it! Thank you!
Home›Trip Ideas›Outdoor & Adventure›Where to Watch the Perseid Meteor Shower in the U.S. 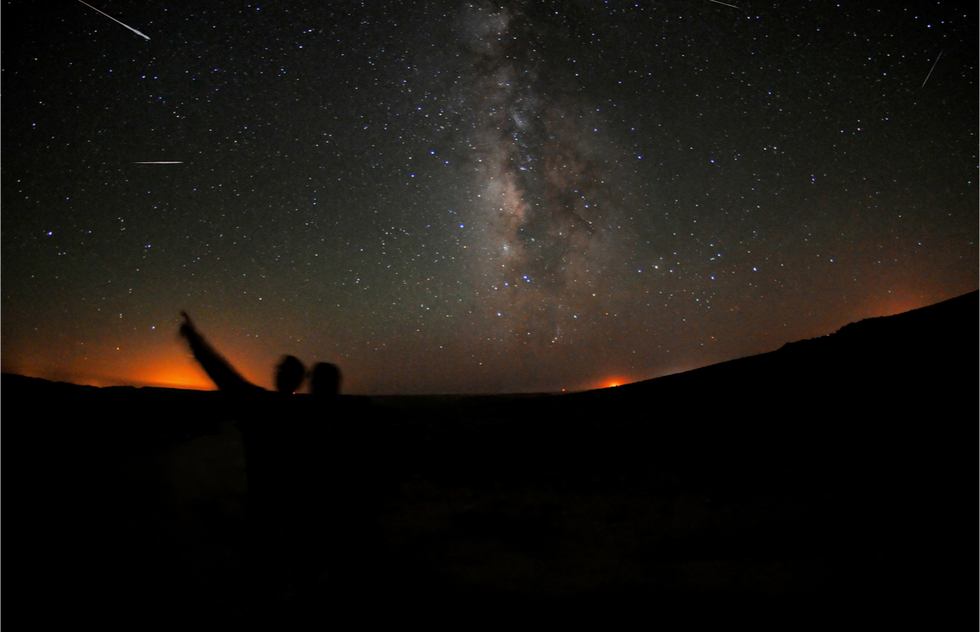 The World in HDR

Where to Watch the Perseid Meteor Shower in the U.S.

The annual Perseid meteor shower peaks in mid-August in the Northern Hemishere. Here's how to see the show in the United States.

This year's Perseid meteor shower will likely be the most spectacular in years.

As luck would have it, the annual stargazing showstopper is set to peak on nearly moonless nights in 2021 and earth will be positioned for a front-row seat. According to NASA, opportunities for catching sight of Perseids flashing through the night sky probably won't be this good for a long while.

But not for everyone.

Those who live in cities and other areas with light pollution will not be able to see this mesmerizing celestial show very clearly if at all. You need to go some place where the skies are very dark.

Here are some tips on how and where to see the show at its most vibrant.

Named after the Perseus constellation (from which early viewers thought the shooting stars originated), the streaks of light we see in the Northern Hemisphere are actually detritus from the Swift-Tuttle comet, which circles the sun every 133 years. Debris and hot gases emitted from Swift-Tuttle hit our atmosphere and disintegrate in flashes of light.

In 2021, the projected peak of the showers will coincide with a point in the moon's cycle when it will be just a dim crescent, creating almost no light interference with the Perseids so that they can put on their most dazzling display.

When can we see Perseids?

Meteor trackers spotted the first shower in late July, and the display is expected to occur nightly through August 24.

Perseids will likely peak, however, in the early morning hours of August 11, 12, and 13, when viewers could see more than 40 shooting stars per hour.

Most experts agree that the best time to watch is in the hours right before dawn. But those who start their stakeouts earlier in the evening are more likely to see "earthgrazers"—the longer, slower meteors that fly horizontally across the horizon and are most visible before and just after midnight.

What are the viewing essentials?

Experts vary in their advice, but most say that it will take a minimum of 20 minutes (and up to 40 minutes in some cases) for the human eye to acclimate to the dark. So give yourself an extra half-hour at the start of your watch party to get ready.

No telescope or binoculars should be needed to see the show.

The best places for viewing are where you'll have unobstructed open sky. There shouldn't be much moon interference in 2021, but on nights when the moon is out, position yourself so that there's a large structure between you and the moon's beams so that the sky will look a little darker.

A blanket or a reclined lawn chair are key so you can gaze upwards for long periods without your neck cramping up.

Where are the best places to watch Perseids?

If you live in a location with too much light, hop in the car for a road trip to a place where the sky is guaranteed to be dark.

The International Dark-Sky Association certifies Dark Sky Parks, Reserves, and Communities where the stargazing is choice. But the organization's designated Dark Sky Sanctuaries are the most remote and therefore have the least light pollution. There are seven of those sites in the United States:

Other rural spots should work, too. Trust us: The display will be worth getting up at 4am for.