Thank you for subscribing!
Got it! Thank you!
Home›Trip Ideas›Road Trips›How to Protect Your Car from Insect Damage and Remove Bug Guts from the Windshield 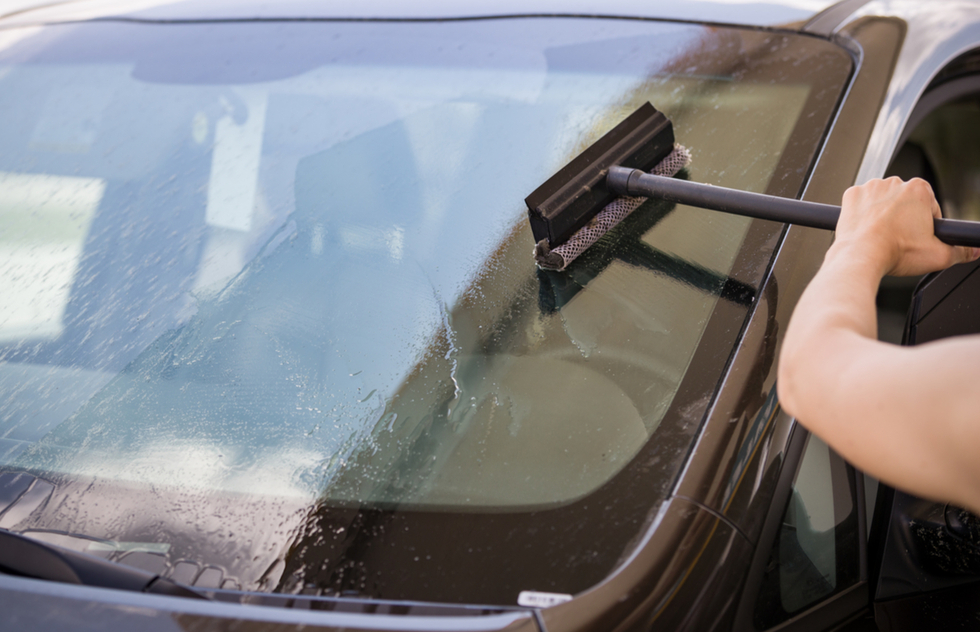 Get your car ready for drives through buggy areas and remove splats from windshields and paint jobs with these helpful pointers.

From the perspective of the bug community, your summer road trip is basically just one long massacre.

Moths, mosquitoes, beetles, cicadas, and other flying insects don't stand a chance against your merciless sedan as it hacks its way along country roads and interstate highways, collecting splats as if they were war trophies.

The insects' revenge is of the posthumous sort. "They're pretty acidy," explains Ian Vernier, a claims manager with car insurer SafeAuto. "There could be paint damage from that."

More serious for drivers are incidents such as the one reported by the Cincinnati Police Department amid spring 2021's emergence of Brood X cicadas. Next to photos of a busted-up Chevrolet, @CincyPD tweeted that the driver crashed into a pole after a cicada "flew in through an open window striking the driver in the face."

#Crash single car into a pole at 2600 Riverside Drive. Caused by a cicada that flew in through an open window striking the driver in the face. #nothinggoodhappenswithcicadas #cicadas2021 pic.twitter.com/0WWUM8y5Ye

To avoid scenarios like that and get your ride ready for any long-distance adventures in insecticide this summer, SafeAuto shared with us some bug-related car tips we've augmented below with advice of our own for removing evidence of the slaughter from the surface of your vehicle.

There's not much you can do to keep from hitting bugs during a drive, but there are ways to minimize trouble.

Vernier recommends washing and, especially, waxing your car before the trip. "The wax is the most important part," he says. "It's a protective layer for the paint. If you end up hitting a swarm, insects will do far less damage if you have wax on your car."

He also advises topping off the windshield wiper fluid and making sure wiper blades are in good condition before you hit the road so that you don't end up with visibility-reducing smears across the windshield following a run-in with mosquitoes or midges.

Clean the grille on the front of the car to make sure nothing is clogging the pathway. "The grille's there for a reason," Vernier points out. "It’s for airflow to your engine, and it cools your engine while you’re driving." Bugs, leaves, and other debris could lead to overheating if you're not careful. SafeAuto recommends cleaning with a low-pressure hose. You could also use a little soapy water and a microfiber cloth.

Roll the windows up. Obviously, this will keep swarms of cicadas on the outside where they belong. If you prefer to feel the breeze, you could always wait to put the windows up until you're driving through areas experiencing heavy insect activity. Keep in mind that nighttime is buggier than day, and many of the creatures are drawn to headlights. At least raise the windows when you leave the car unattended—and try not to park near trees and heavy underbrush if you can help it.

Removing bug guts from your car

The acidic nature of insects' bodies can damage a car's paint job quickly and splatter becomes only more difficult to remove over time. So you'll want to wash your car as soon as possible—no more than a couple days after acquiring the stains.

If a high-pressure car wash doesn't get everything, tackle bug stains on painted areas with spray cleaner and a microfiber cloth. Automotive stores sell an array of paint-safe products geared toward bug removal. Car enthusiast website The Drive has an exhaustive analysis of the top brands.

Don't use oily cleaners on glass surfaces. Instead, squeegee the windshield with a mixture of water and dish soap.

Insects aren't the only road hazard you should prepare your car for. Before your next long drive, consult our guide to getting your vehicle ready for a summer road trip.