Thank you for subscribing!
Got it! Thank you!
Home›Trip Ideas›Theme Park›You Don't Have to Miss 2020's New Theme Park Roller Coasters—Ride from Your Couch! 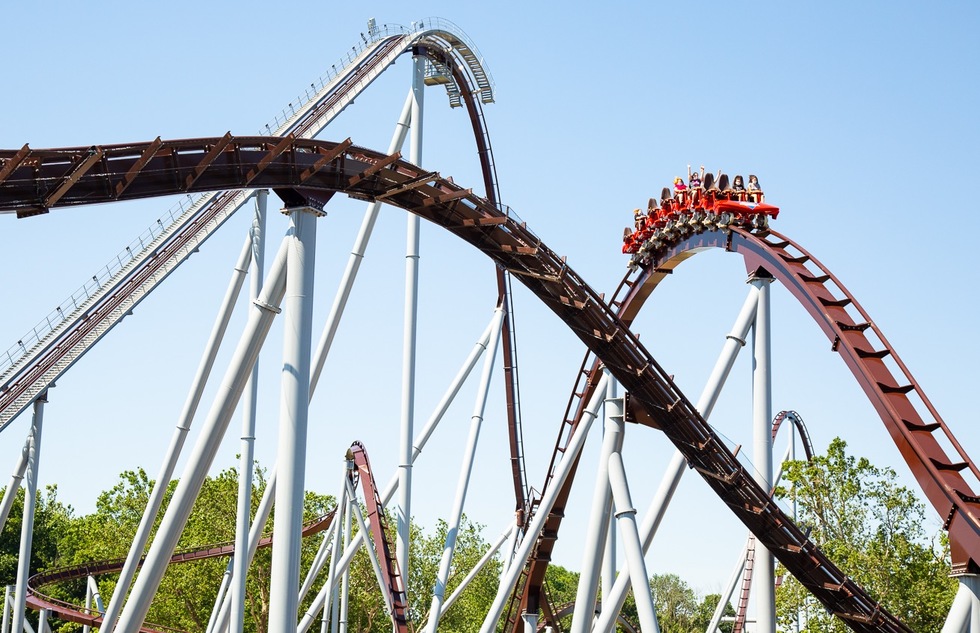 You Don't Have to Miss 2020's New Theme Park Roller Coasters—Ride from Your Couch!

Theme parks had new blockbuster rides ready this year—but no crowds to ride them yet. Not to worry—these POV videos will scratch your adrenaline itch while you wait.

Major theme parks began planning their 2020 seasons years ago. They designed new rides, spent the winter building them in time for the summer season—and then the coronavirus put the kibosh on the fun.

The crowds that these scream machines were built to thrill aren't coming this year. Some parks haven't reopened yet, and others have drastically capped attendance allowances.

But these new rides are open and operating. (A reminder: In Japan, screaming on a roller coaster is deemed unsanitary, so you'll be asked to "scream inside your heart" instead.)

Consider these watch-alongs as your preview. The next time you hit a theme park, here's what awaits you.

The chocolate-themed attraction in southeast Pennsylvania has added a custom-designed hypercoaster (pictured above) with "a lift height of 210 feet, a maximum speed of 76 mph, and a track length of 4,636 feet." That combo, Hersheypark promises, gives passengers a longer sense of weightlessness than any other ride on the premises. Which will be the exact sensation you'll want after months of sitting on your sofa and eating Hershey bars.

Only seven coasters on the planet soar between 300 and 399 feet high, and the new Orion, at Kings Island outside Cincinnati, is one of them. The ride also features eight hills, speeds up to 91 miles per hour, a shocking lack of moderation and good sense—and the kind of views enjoyed by astronauts strapped to rockets. One benefit of opting for the ride's video version: When it's over, you won't have to pick squashed insects out of your smile.

There's always a frisson of nostalgic excitement among coaster aficionados when a major park builds a new wooden coaster. This one achieves a top speed of 55 mph, throws in 15 hills for heaps of airtime, and lobs some gnarly 76-degree banked turns. The Texas Stingray may be the tallest, fastest, and longest coaster in the Lone Star State, but as classicists, we think it's endearing and even kind of sweet. We can almost breathe in that new wood smell from the video.

The charming, frontier-themed park outside of Branson, Missouri, has installed a $23 million, state-of-the-art raft ride with a giddy 82-foot lift tower (much like SeaWorld Orlando's Infinity Falls) and a 45-foot climactic drop. According to Silver Dollar City, that makes Mystic River Falls the tallest attraction of its type in the Western Hemisphere.

An amusement park north of Stuttgart, Germany, just opened two separate coasters that intertwine. Meet Hals-über-Kopf (Head Over Heels), which is suspended from a rail, and Volldampf (Full Steam), a backward-and-forward runaway train. You might want to adjust the volume for the below clips—suffice to say the cameraman's excited effusions would not be considered appropriate in Japan.

For a twin coaster concept that's more kiddie-appropriate, the Dutch amusement park Efteling has opened a pair of dueling rides named after Max and Moritz, two prankish characters from Wilhelm Busch's German folktales. Both easygoing and meandering, "Max" has the blue track and "Moritz" the green one. Beware: You'll have the catchy theme song stuck in your head until your final days.

OK, this hybrid wooden/metal coaster technically opened in the Netherlands in July 2019, but we couldn't resist closing our tour with this special video that the park produced in May 2020. Staffers filled the cars of Untamed with giant stuffed bears and let 'er rip, with results about 10 times more adorable than you could imagine. (If all this cuteness is too much to bear, the park has also posted a standard, all-business POV video, shot from the ride's front row.)

But that's not all.

The bumper crop of hair-whipping bounty that was intended for summer 2020 will extend into 2021.

A few parks have delayed unveiling previously announced rides—Six Flags Great Adventure in New Jersey, for instance, pushed the debut of the single-rail Jersey Devil Coaster to 2021. Other roller coasters under construction simply haven't been given official opening dates at all.

Poor Cedar Point in Northern Ohio turns 150 years old in 2020, but the park will have to celebrate later. Also delayed: the unveiling of its Snake River Expedition, a family-friendly boat ride.

In Orlando, SeaWorld is still building Ice Breaker, a lakeside coaster with four sudden launches, and Universal's Islands of Adventure is constructing an as-yet-unconfirmed Jurassic Park–themed ride, rumored to be named Velocicoaster. A die-hard fan site has predicted what both experiences will be like in two animated videos assembled using what we know so far about track layouts and other clues.

That's a lot of deferred happiness to process. While we work through it, we're going to watch those daredevil teddy bears a few more times.