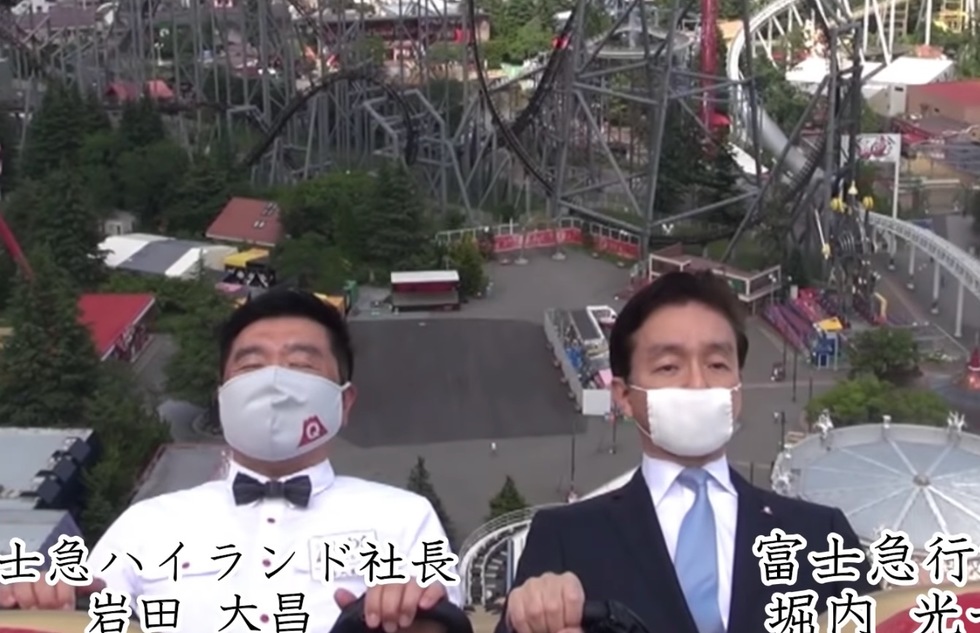 WATCH: Hilarious Video on How to Ride a Japanese Roller Coaster Without Screaming

Back in May, when amusement parks began reopening in Japan following coronavirus closures, owners imposed a widely reported ban on screaming while riding roller coasters.

Letting out squeals, shrieks, and howls can expel droplets that spread the virus, the reasoning goes, even when the screamer is wearing a mask (another requirement at theme parks).

But as the Wall Street Journal discovered in a story published this week, many park-goers in Japan are finding it difficult to keep their mouths shut while hurtling along at breakneck speed on rides with hairpin curves, scary drops, and jarring loops.

“There’s just no way not to scream,” Tokyo Disneyland visitor Rika Matsuura told the paper, summing up the prevailing mood.

The owners of the Fuji-Q Highland amusement park near the base of iconic Mount Fuji would beg to differ.

The park posted a video showing two masked executives—one wearing a bowtie, the other in a business suit—modeling ideal behavior by riding the formidable Fujiyama roller coaster without making a peep. Or, for that matter, without showing any emotion whatsoever. No raised arms, no recoiling in their seats, nothing.

Hollywood should cast these two in an action movie where they have to maintain stony faces while stuff explodes behind them. They'd be perfect.

A message at the end of the meme-worthy clip advises, "Please scream inside your heart." (Isn't that what we've been doing since the pandemic began?)

In the United States, meanwhile, theme parks including Universal Orlando Resort and several Six Flags locations across the country have reopened.

Walt Disney World in Florida is slated to welcome the public back on Saturday, July 11, while California's Disneyland has postponed a planned reopening on July 17 due to the state's reticence about granting permission during an infection surge.