Thank you for subscribing!
Got it! Thank you!
Home›Trip Ideas›Theme Park›Should You Buy MagicBand+ When You Go to Disneyland? (Spoiler: Not Yet) 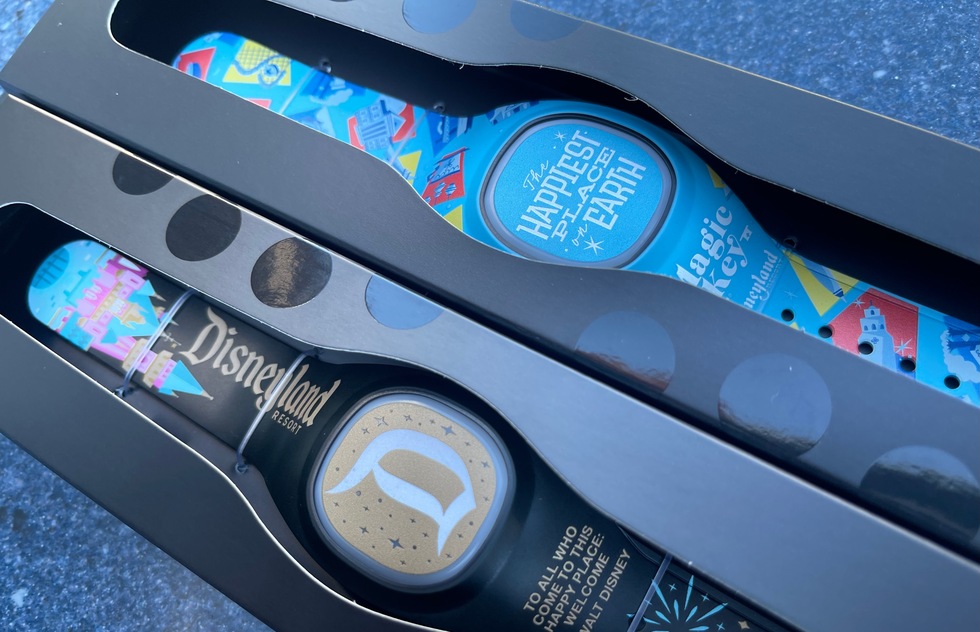 Should You Buy MagicBand+ When You Go to Disneyland? (Spoiler: Not Yet)

MagicBand+ has arrived at California's Disneyland. When you go, should you buy the much-discussed accessory?

Florida's Walt Disney World introduced the MagicBand in 2013. It was met with some scathing negative publicity over privacy concerns that have since seemed to evaporate.

It took about 9 more years for California's Disneyland to get on board with the device.

The MagicBand debuted on October 19, 2022, at Disneyland and Disney California Adventure for annual pass holders and other special-status guests. The band will become available for the general public starting October 26.

Put simply, MagicBand is a waterproof, removable bracelet that enables checkpoints across the resort to identify you. It uses your smartphone as its brain. For example, at the front gates of the theme parks, instead of opening your smartphone to find your ticketing bar code, you can simply tap your bracelet to a sensor and the system does the rest. Same goes for when you have a timed Lightning Lane entry (once called FastPass; now it costs extra) for a ride—just tap to check in, and enter.

This year, Florida's Walt Disney World resort introduced MagicBand+, an upgraded (and more expensive) version of the original band that can light up and hum with faint haptic vibrations when the conditions are right. That's the version of MagicBand that is available at Disneyland.

Whereas the original MagicBand cost under $15 when introduced, the new MagicBand+ ranges from $35 to $55, depending on the design. That's on top of your ticket price and parking charge, but using MagicBand+ is optional.

If you buy a MagicBand+ at Disneyland, you can also use it at Florida's Walt Disney World. Your admission tickets to both resorts will link to the device.

Since California customers are forced to buy the more expensive version of MagicBand, you'd think that a purchase would come with the same suite of features offered in Florida.

• For example, in Florida resort guests can use their MagicBands to activate purchases at shops. Disneyland MagicBand+ doesn't do that.

• In Florida, MagicBand+ can be used in place of a room key at Disney hotels. Disneyland's MagicBand+ doesn't do that, either.

• Florida's MagicBand+ will activate sounds and dialogue at statues of Disney characters throughout the parks. This month, the statues even wish you a happy Halloween if you approach with your device. Again, not so at Disneyland, where those statues don't exist.

• Disneyland also won't allow annual pass holders ("Magic Key" members) to use the band to identify themselves to prove eligibility for discounts or to check in for parking. Those functions are available in Florida.

• You can use MagicBand+ at both parks to link PhotoPass photos to your account—but only with shots taken by Disney's human photographer staff. At Disneyland, unlike in Walt Disney World, photos taken on attractions cannot be linked with a tap of the band because sensors have not been installed at the post-ride photo stations.

That's a disappointing set of exclusions.

In fact, apart from at the park gates and with Lightning Lane, MagicBand+ functionality in California keeps up with Florida in only a few ways.

At Disneyland, as in Florida, the MagicBand+ "glows with color and pulses with haptic vibrations" during the main nighttime shows. In California, those shows include Fantasmic! and World of Color. Disney has also claimed the band "adds a surprising and magical touch to select experiences at Avengers Campus" inside California Adventure—whatever that means.

Nighttime twittering is a pleasant feature, but it's primitive compared to how far location-sensitive gaming devices have come in the past 10 years. In the end, you're going to be watching the show in the sky, not on your wrist.

In both California and Florida, MagicBand+ can also be used to unlock one cool diversion: The Batuu Bounty Hunters scavenger hunt inside Star Wars: Galaxy's Edge. It's like a souped-up version of Marco Polo. At an automatic kiosk (pictured below), guests are assigned a "bounty" to hunt for somewhere in the land, and as you search, the MagicBand+ tells you if you're getting warmer or colder through pulsing vibrations and colors (if you're color-blind and can't distinguish red and purple, this one will be a challenge).

Most of the game's heavy lifting is done by a separate app, Play Disney Parks, which is free to download. 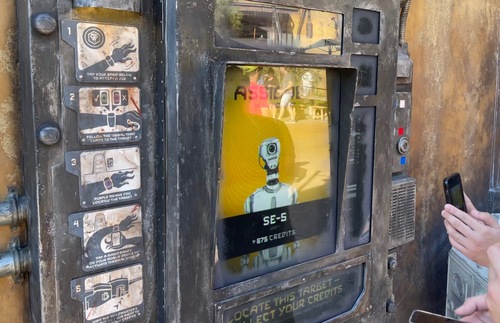 Batuu Bounty Hunters is mildly amusing (when it works—when I played, the app kept freezing and blocked my progress). But it's still a fringe experience not worth $35 or more. The game may also take a couple of hours of your time to complete, especially if there's a wait at the check-in stations. If you don't visit Disneyland often, you're not likely to play Batuu Bounty Hunters much—there are too many other things to do. So this feature is something that will appeal to some locals and to niche gamers.

(Note: Out of the box, each newly purchased MagicBand+ is only charged to 60% of capacity, so if you want to play Batuu Bounty Hunters on the same day you buy a band, consider bringing a portable battery. New MagicBands come with a charging adapter that uses a USB-A-type plug.)

I also found that the lights on the MagicBand+ are not clearly visible in sunlight. That's a critical design flaw, and maybe a big reason why Disney waits until after dark to unleash the band's greatest interactivity.

So casual visitors to Disneyland are only going to use MagicBand+ regularly for two things: getting into the parks and checking in for Lightning Lane. Keep in mind that the people in front of you in line are not likely to have MagicBand+, so the device won't cut down on waits. It just cuts down on the annoyance you feel every time you have to fetch your phone to scan something.

If you don't pay the extra $30 for Genie+ to access Lightning Lane, you'll pretty much only use MagicBand+ to check into the park marginally quicker than you could have by using the ticket code on your smartphone.

Of course, die-hard Disney fans won't care. They'll want to collect various styles of bracelets, and, more important, wear them as a designation of honor that signifies loyalty.

But just because you might see people wearing MagicBand+ at Disneyland doesn't mean that it's a savvy purchase. Not until Disney expands its features—or unless you bring it to Walt Disney World. 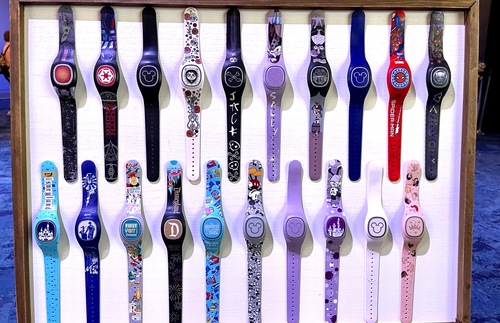 Jason Cochran is the author of Frommer's EasyGuide to Disney World, Universal & Orlando.