Thank you for subscribing!
Got it! Thank you!
Home›Trip Ideas›Theme Park›The Rules of Using Disney's Genie+: Heed Them or Waste Money 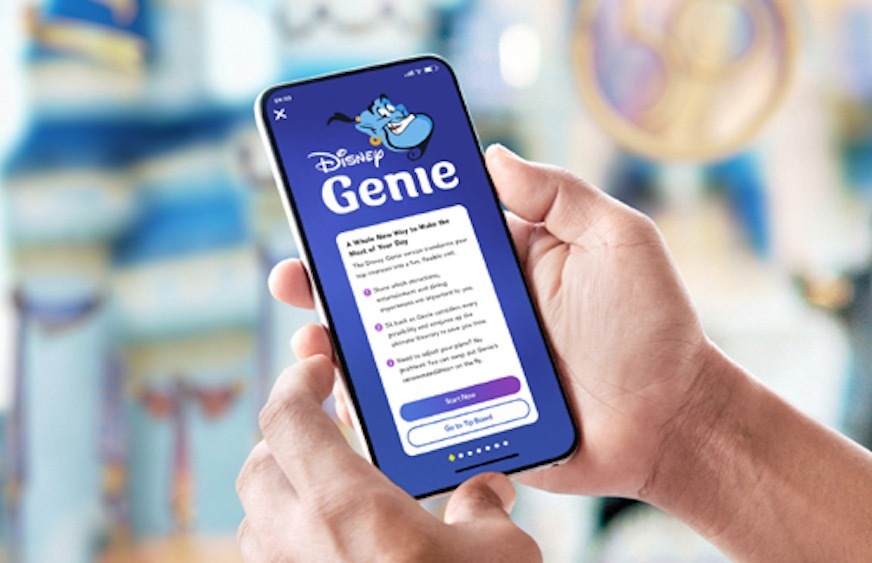 The Rules of Using Disney's Genie+: Heed Them or Waste Money

Is Disney's Genie+ service worth the extra money? If you use it the right way.

The app-based Genie service, which was introduced at Disney's American theme parks in late 2021, has quickly become a feature that evokes dread in casual visitors to the self-billed Happiest Place on Earth.

People who choose to vacation at a Disney park already struggle to navigate high costs and heavy advance reservation demands. Genie, which purports to help guests plan the best times to enjoy attractions, adds yet another layer of complexity to deciphering the Disney system. Many visitors worry they won't be up to managing it.

Genie can perform a few functions, like devising suggested itineraries using algorithms for free, but let's be honest: Most users only use it because it also grants paid Lightning Lane access, which allows for shorter waits.

When you start paying for benefits through Genie, it becomes known as Genie+. The price of that Genie+ benefit changes depending on how busy the parks are projected to be. At Florida's Walt Disney World, Genie+ rates for a shoulder-season month like October range $15–$22 a day, while during peak periods like school holidays, it can cost even more. At California's Disneyland resort, it's up to $30 per day.

For single-day visits, you are only given access to buy Genie+ on that day. (For multi-day visits at Florida's Walt Disney World, you can purchase it ahead of time.)

We've already covered the much-maligned rollout of the Genie system and the challenges of its non-intuitive design. Now we'll boil down Genie and, more specifically, its pay-per-day version, Genie+, to 10 essential rules for using the app successfully. Follow these and you'll get through a day using Genie+.

1. Always make your next reservation for as soon as possible.

Once you make a Genie+ reservation, you're blocked from adding more until one of three things happens: You use the reservation, the arrival window expires, or 120 minutes go by since making the reservation. So to maximize Genie+, you should try to use reservations and make new ones as frequently as possible. Granted, that means you're going to be consulting your smartphone constantly, but that's the hidden price of Genie+: It changes how you experience the parks.

The next available Lightning Lane reservation times are listed in the Tip Board section of Genie. Given a choice between, for example, a 1pm time slot and a 3pm time slot, go for the 1pm if you're equally excited about both rides. Using the earlier time will clear the way to make more plans sooner.

Reservations open at 7am, before park opening. If you don't get started on your Lightning Lane plans until late morning or later, then many slots will already be gone by the time you begin. You'll probably have to wait longer for the next reservation slots, which prevents you from getting your usage rolling.

2. Start first thing in the morning.

Genie+ is best for people who plan to be at the park near opening time. If you plan on arriving to the park later, you will get much less out of your money. In fact, you may find that future slots for the most popular rides are no longer available by lunchtime.

You don't have to wait until that reservation time comes due to make a reservation for an additional ride because the system allows you to make a new reservations 120 minutes after making the first one. Ideally, you should only trigger the 120-minute rule about once a day so you can keep the redemptions rolling one after another.

Don't get confused! The My Day tab shows your current daily schedule, but the Tip Board shows the next available Lightning Lane slot for each attraction. In the heat of the moment, it's easy to see the Tip Board and think that's what you've got booked.

When you check available times for rides, you'll notice that the biggest blockbusters start filling slots quickly. As soon as mid-morning, you may only be able to find times in the afternoon. In the Tip Board section of Genie, current wait times ("Standby Line") are listed alongside the next available Lightning Lane times. If a ride has a very long wait time, it's a safe bet that the ride's daily Lightning Lane time slots will be among the first to get booked up, so use those Standby times to gauge whether you should snag a reservation while you still can.

It's crucial to know which few big rides are excluded from Genie+ and require paid Individual Lightning Lane reservations. Each Disney park has one or two attractions that have a Lightning Lane that Genie+ can't get you. Those attractions require a separate payment that can be as high as $22 per person per ride (yes, that's in addition to what you paid to access Genie+), and each person can only book two such rides a day.

The list of Individual Lightning Lane rides changes over time (Disney requires individual charges for more rides when it's busy), though it's almost certain to include Star Wars: Rise of the Resistance, Avatar Flight of Passage, Seven Dwarfs Mine Train, and Remy's Ratatouille Adventure (pictured below).

So that you'll be certain, the Walt Disney World site lists attractions requiring Individual Lightning Lane reservations on this page; the Disneyland site lists them here. But the lists change depending on projected crowds.

Particularly in Florida, Individual Lightning Lane rides can sell out all their daily slots by late morning. Standard Genie+ rides (the ones included in the $15–and-up Genie+ payment) typically take longer to fill fully, but the most popular ones can book up by early afternoon in busy season. You'll know the ride is about to book up when the next available time pushes far into the future. 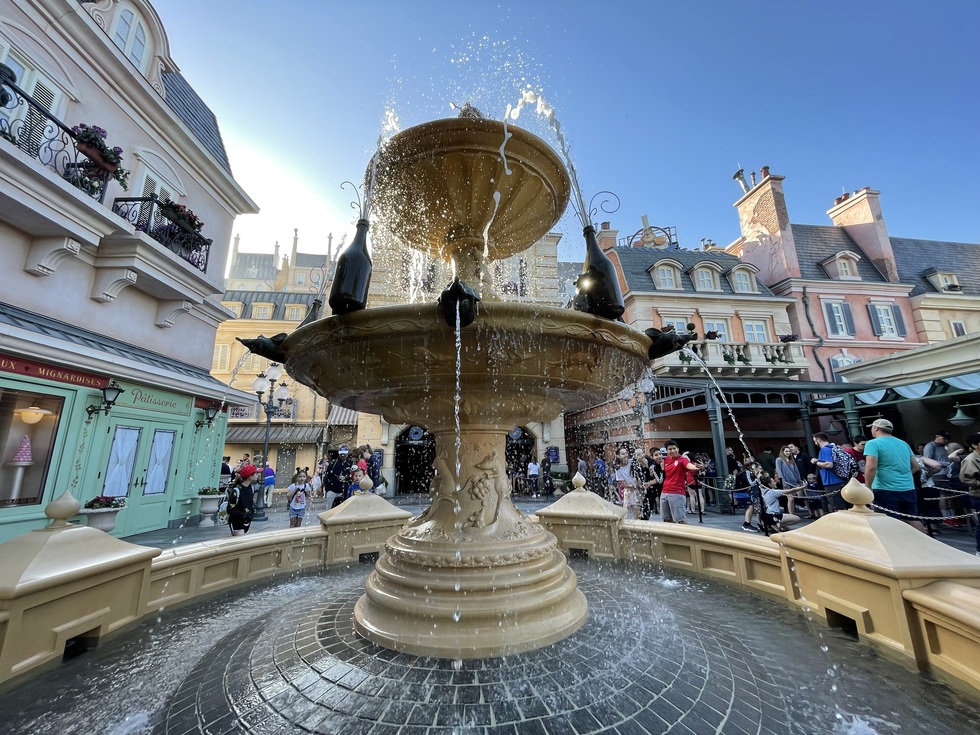 4. Favor reservations that come due soon.

The sooner you use a reservation, the sooner you can get another one. Die-hard Disney fans call this "stacking." Stacking rides one atop another, rather than waiting hours in between, gets you a lot more for your money. Genie+ works best when you swing from one Lightning Lane time to another, like Tarzan swinging from vine to vine without stopping.

Available times may shift slightly as people cancel their original choices, and sold-out time slots sometimes reappear briefly. If you don't see a time slot you like, keep refreshing the page (or leave the Tip Board and return to it) to shake up the options.

You might have to cancel a less favorable reservation in order to snag a new one—Disney doesn't give you the option to swap out one reservation for another with one click. In the time it takes to cancel your old slot, the availability of the new one may vanish. So if you see a time slot you like, be quick! There is a strong risk of losing a decent time slot if you take too long to book it.

If that happens, keep refreshing because the better time might still resurface, and rides that were previously sold out of Lightning Lane may suddenly show availability. Refresh!

One reason Disney built Genie was to steer visitors to attractions that usually get less traffic, spreading crowds. So the options that the app shows you are full of filler. Lower-tier diversions such as Mickey's PhilharMagic and Spaceship Earth are perfectly pleasant and worth treasuring, but the average wait time almost never justifies the use of a precious Lightning Lane reservation.

If you want to know how the Walt Disney World attractions compare, buy the print or digital version of our guidebook—we appraise every last one.

7. Genie+ is not very useful if the park isn't crowded.

When wait times are low across the board, you won't save much time paying for Genie+. In fact, having to fuss with it might even drag down your fun. The day before your visit begins, use the Disney World or Disneyland app to monitor wait times. If they're acceptable, you may be able to forego Genie+ entirely.

There are some rides, like Twilight Zone Tower of Terror and Mickey & Minnie's Runaway Railway, that have queues that are configured in a way that even Lightning Lane guests must wait 15 or 20 minutes after entry before they actually board a ride vehicle. If overall wait times are only 20–30 minutes, Lightning Lane may not save you much pain.

Remember: Every single ride also has a regular line. If you don't buy Genie+ or Individual Lightning Lane, you can always just wait in line. That's the "Standby Time" that's posted, and if it's not long, you'll be fine without the app.

8. If you only want to ride the big rides, Genie+ may run out of steam.

If you only care about a handful of favorite attractions and you have no interest in riding the majority of the rides, then you can probably do without paying for Lightning Lane via Genie+ and just wait in line like a regular person. Disney has a lot of rides targeted at small children. If you don't have any in tow, were you really going to ride those rides?

At California's Disneyland, the opposite is true: Very few of the classic Fantasyland rides participate in Genie+ there, and the app is good mostly for big-ticket rides.

9. Reservations for some shows play havoc with your schedule.

For rides, you get a one-hour window to use your reservation. But performances of some shows, like Festival of the Lion King in Animal Kingdom, follow a set schedule. So if you have a Genie+ reservation for guaranteed seating, you won't be able to dawdle for an hour—you'll have to be on time.

10. If the system lags, sign out of the app and back in again.

When Disney's systems glitch out, they don't usually tell you why. Sometimes, the app will stop working but act like it's still thinking. If the Disney tech stops working for any reason, it might be a simple time-out. Sign out and sign in again. Most of the time, that solves the issue.

The biggest message we have about Disney's Genie+ is that you should adjust your expectations.

In late March, Walt Disney World's managers quietly added this caveat to the fine print describing the Genie+ service: "On average, guests can enter 2 or 3 attractions or experiences per day using the Lightning Lane entrance."

That means Disney itself has calculated that by using the paid Genie+ system, the typical guest will only be able to use, at most, three Lightning Lanes by for their money.

Ultimately, Genie+ is a system that takes more than it gives back, and Disney warns you about that in the fine print.

Obsessive fans argue that they're able to wring many more Lightning Lane trips out of Genie+. But most casual visitors to Disney parks aren't as well-versed in the attractions and attendance patterns—or they refuse to hunch over their smartphones all day to make that kind of efficiency happen.

Follow our 10 tips and at least you'll be able to use Genie+ better.