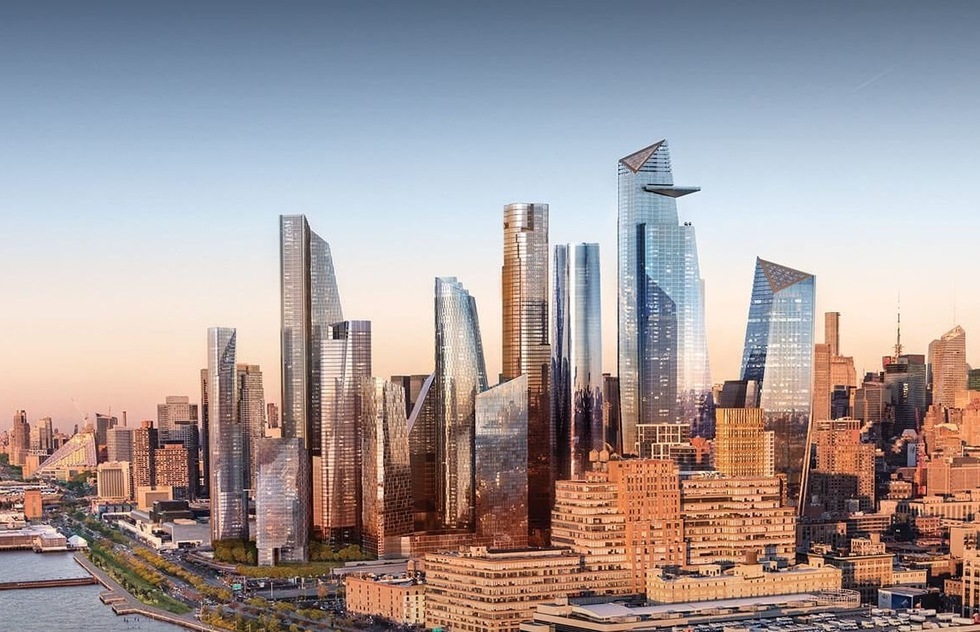 After a Long Period Without New Attractions, New York City Gets a Giant One

Ask the average American to compile a list of the major attractions in New York City and they will probably respond, a bit wearily, with the Statue of Liberty, Empire State Building, United Nations, Times Square, Greenwich Village, and Chinatown.

But starting in just a few short months, they will be able to cite a gigantic new one as large and impressive as any of those: Hudson Yards.

Hudson Yards, sometimes referred to as a “city within a city,” is a brand new neighborhood containing immense skyscrapers rivaling the Empire State Building, and occupying a vast slab of Manhattan along the Hudson River.

It is the largest privately financed real estate development in the history of the United States, eclipsing Rockefeller Center in size and function.

Its six skyscrapers hover over gigantic parks and gardens. One of them will have an observation area higher than that of any other building in the Western Hemisphere.

All of them will surround a unique, soaring network of pathways that visitors will ascend by walking up a web of ramps reaching into the sky.

These skyscrapers will house vast numbers of offices, some 4,000 residential apartments, multiple restaurants operated by the nation’s best-known chefs, a public school accommodating hundreds of children, endless shops, theatre halls, the aforementioned gardens, parks, and pools, and scientific laboratories for futurists of every kind.

Some of these structures will be completed and opened in the spring of 2019; that highest of skyscrapers will receive visitors and workers by the end of 2019.

The entire complex will be completed by 2024, and some visitors are already being received into the billions-upon-billion-dollar developments.

On your next visit to New York City (our guide is here), you will certainly want to visit Hudson Yards. It is found centered on 34th Street and the Hudson River.

Pauline Frommer has previewed Hudson Yards, and her photo feature can be found here.