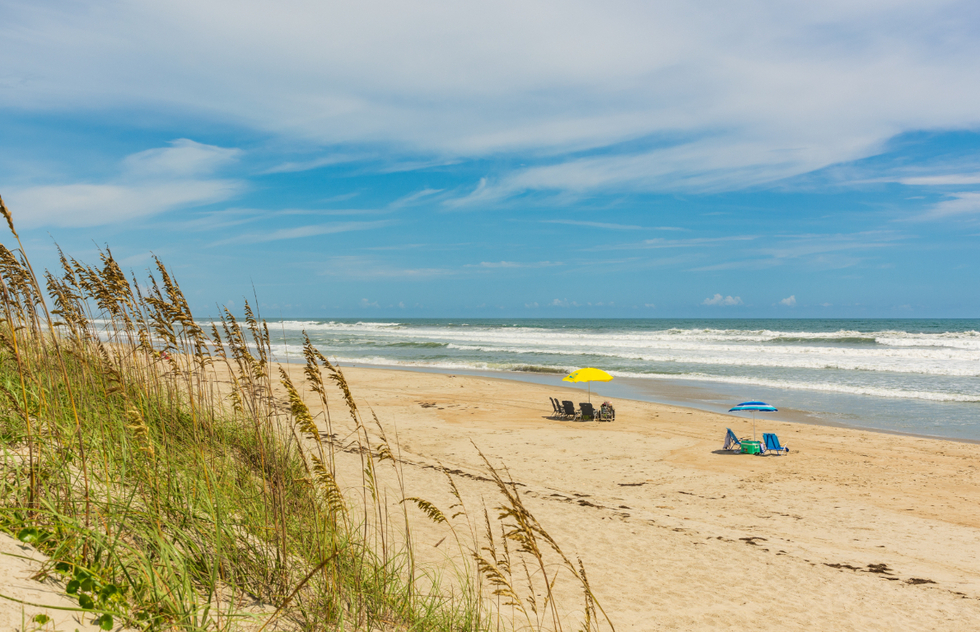 Ocracoke Lifeguarded Beach (pictured above), a pristine, 16-mile stretch of sand and grass-covered dunes on a tiny island in North Carolina's Outer Banks, is the best beach in the United States, according to an annual ranking released by coastal scientist Stephen P. Leatherman, aka "Dr. Beach."

Around Memorial Day every year since 1991, Leatherman, a professor at Florida International University, has compiled his top 10 based on 50 criteria covering "water and sand quality as well as safety and management," according to a press release.

Now, I'm no doctor of beachology, but is it really necessary to update this list every single year? Until climate change makes, say, Kentucky a coastal state, won't the best beaches in any given year remain the best beaches the next?

Leatherman tinkers with the order, but he basically invites us to a beach barbecue every Memorial Day and puts his greatest hits playlist on shuffle.

The only place where we're guaranteed variety from year to year is in the top spot because, as the press release explains, "Previous National Winners are retired."

Except that they're not—at least not permanently. Ocracoke, for example, was a previous national winner in 2007 and was out of retirement and back in the top 10 by 2016.

And the beach's absence from the list during that time doesn't even mean that it suddenly fell short of Dr. Beach's vaunted 50 criteria, only that it was in time-out for being too beautiful in 2007. (I understand Alexander Skarsgård had the same problem.)

In exactly 12 months, the cycle will repeat: Ocracoke will no longer be one of Dr. Beach's best beaches, not because it has become a dump but because tourism boards elsewhere need something to promote and travel journalists on deadline (ahem) need to file something before knocking off for the long weekend.

If the purpose of the list is to raise awareness of the need for conservation efforts in coastal areas, a better move might be to make a list of the beaches most endangered by climate change, pollution, overdevelopment, and other ills.

If the purpose is to provide a resource for people looking for the beaches with the actual best levels of sand and water quality, it would be awfully helpful if locations weren't periodically and arbitrarily removed from the running in order to give the illusion that there's something new to report every summer.

You can probably go ahead and make the 2023 list, too. Just put nine of the above names in random order (excepting Ocracoke, which will be temporarily retired), and then add a 10th from the all-time list of Dr. Beach's first-place winners.