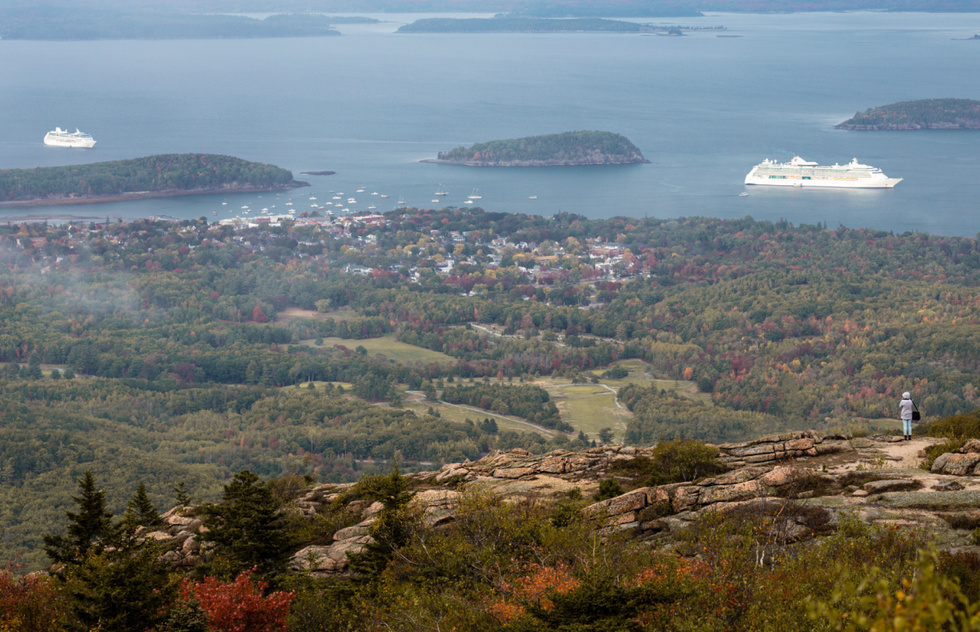 Amid all the U.S. election news earlier this month, you might have missed a development that could have a significant impact on travelers.

Voters in the picturesque town of Bar Harbor, Maine, the gateway to Acadia National Park, approved a measure to cap the number of cruise passengers who can come ashore to no more than 1,000 per day.

Given that, as The Points Guy observes, some ships that stop at Bar Harbor can carry more than four times the new legal limit, the measure amounts to a pretty severe cutback on cruising. (Bar Harbor is a stop on itineraries offered by Royal Caribbean, Norwegian Cruise Line, Princess Cruises, Holland America, and other lines.)

The petition that passed on Election Day was brought forward by resident Charles Sidman, largely in response to what he sees as overtourism.

“There is a vast and deep feeling in the town that we have been overrun by cruise ship traffic,” Sidman explained earlier this year, according to the Bangor Daily News.

That was apparently an accurate assessment of the prevailing mood in town, because the referendum to restrict cruising received a strong majority (58%) of the vote.

Ships visit the quaint port from spring to autumn, with cruise volume becoming heaviest during fall foliage season in September and October, per the Wall Street Journal. An estimated 167 passenger vessels will have called on Bar Harbor by the end of this year.

Maine Public reports that town officials had already enacted their own ship management plan over the summer, planning to limit daily passenger numbers at 3,500 to 3,800 people, depending on the time of year.

The ballot measure won’t affect cruises that were scheduled by March 17 of this year, according to The Points Guy. Since cruise lines make their itineraries far in advance, that means Bar Harbor officials have time to hire the staff members they say they’ll need to enforce the rule.

A legal challenge from the cruise industry is expected as well.

When voters in Key West, Florida, approved a similar measure to limit cruising in 2020, their wishes were overruled by state legislators and Gov. Ron DeSantis, who argued that local communities don’t have the power to restrict maritime commerce. So much for abiding by the will of the people.

Whether the Bar Harbor limit is allowed to stand or not, voter-approved efforts to curtail cruising there, in Key West, and beyond raise several important questions related to the ethics of travel.

Do the people who live in attractive places get any say in how many tourists they have to put up with? What responsibilities do tourists and travel businesses have toward the places they visit?

And do you really want to cruise where you’re not wanted?