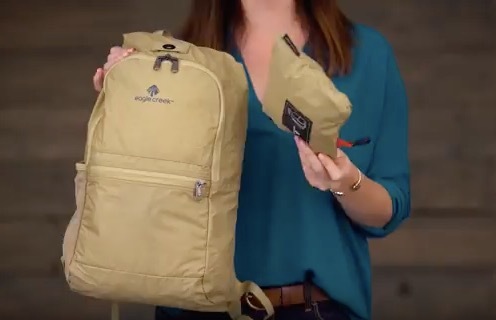 We don't have to tell you that Covid-19 has changed the world. In fact, there's so much in our shifting lives that requires attention you might have missed word of the final chapters of these important travel businesses and brands.

Eagle Creek: After 46 years of helping travelers pack and organize, the brand is being shut down. VF Corporation, which acquired the luggage giant in 2007, claims Eagle Creek no longer fits into the apparel company's portfolio, which also includes Eastpak and The North Face.

This is a melancholy one for me. I literally lived for two years out of my Eagle Creek backpack and zip-on daypack when I was traveling solo around the world. Even though the international backpackers I met considered it a travel dilettante's brand that only Americans used, my packs performed like workhorses for me. I nicknamed my luggage "The Boys"—and they held together for my entire voyage, no matter what kind of Nepalese public bus journey, Australian train trip, or Bangladeshi airline I threw at them.

Norwegian Air: In January, the long-beleaguered airline ended its transatlantic routes between the United States and Europe. Instead of enjoying the airline's low-cost, no-frills tickets to the Continent, Americans will have to make do with the high-cost, no-frills tickets sold by the legacy carriers. The guy who founded Norwegian, Bjørn Kjos, announced plans to launch a similar replacement by the end of 2021.

Hipmunk: A favorite of seasoned travelers, the Hipmunk flight search engine turned airfare hunts into a pleasantly visual endeavor and sorted results by how much "agony" they caused. The free site was purchased in 2016 by SAP Concur, which decided to halt Hipmunk operations four years later.

When Hipmunk's creators attempted to buy back their idea and failed, they solicited seed money to make Flight Penguin, which will do many of the things Hipmunk did, sorting results by the amount of "pain" involved, for example. A crucial difference: The new version will be a Chrome plugin that costs $10 a month. Flight Penguin is now building its mailing list.

TrekAmerica: This affordable, well-guided tour company almost made it to the age of 50, but when Covid-19 cut off the flow of young international travelers, TrekAmerica lost the bulk of its business and was shuttered by its parent company.

Holy Land Experience: Remember hearing about the Bible-themed amusement park that opened in Orlando in 2001? The Holy Land Experience has limped along through various configurations and owners over the past 20 years, but in early 2020, ballooning debt finally forced the place to give up the holy ghost. All performances were canceled (there were no rides) and staffers were laid off.

The park did open for two days in April 2021. A collection of antique Bibles remained on view, but there was not much else to see. Turns out that brief return was just a formality for the balance sheet since holding an annual open house enables the business to retain tax-exempt status. As of now, no plans have bean announced for the park's resurrection.

Close calls: Quite a few other companies, including the car renter Hertz, entertainment titan Cirque du Soleil, Spanish cruise line Pullmantur, and some 40 airlines around the world, including Aeromexico and Avianca, also announced bankruptcies.

But financial restructuring plans are in place or completed for those names ("Intermission is over," Cirque du Soleil declared in a comeback statement). Although they've been on the bubble, those companies are not out for good just yet.