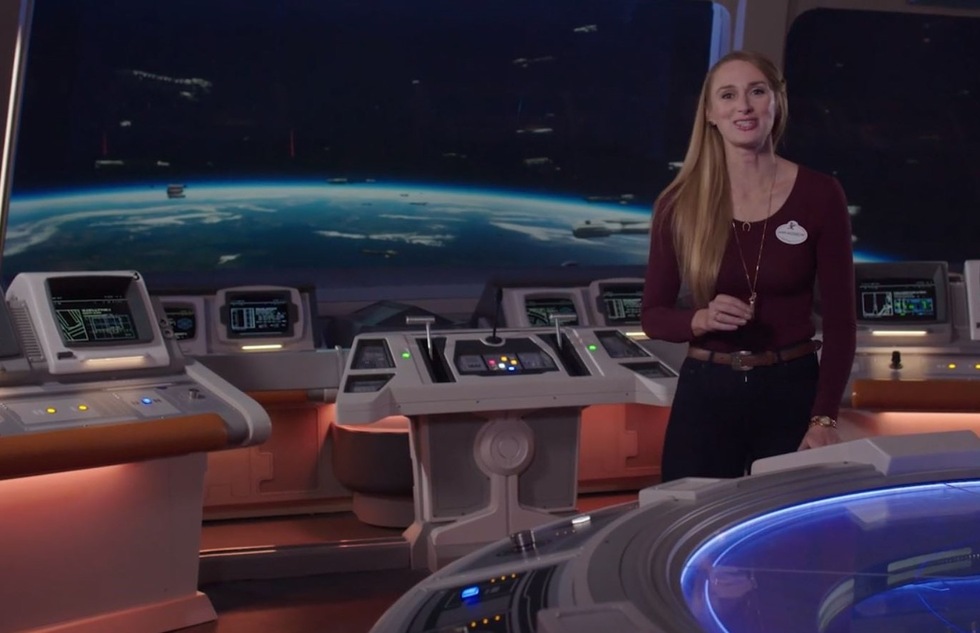 For years, Americans have watched the price of a Disney vacation climb upward, and yet the parks remained packed. When it came to Disney charging luxury rates, it seemed the sky was the limit.

Now we know the limit was actually outer space.

Disney's upcoming Star Wars–themed Galactic Starcruiser hotel, for which two-night stays for a family of four start at $6,000, is facing backlash of the First Order by some of the people who booked rooms.

The hotel's high concept (a two-night, role-playing adventure aboard a tricked-out deep-space version of a cruise ship) originally excited fans. Later, the announcement of that extreme cost only seemed to escalate the anticipation.

While some observers complained that the luxury rate seemed designed to exclude all but the wealthiest families, some Star Wars fans reasoned the prices might be a sign that Galactic Starcruiser must be a spectacular, once-in-a-lifetime event worth saving up for. So many groupies slapped down deposits for their stays that the hotel became booked solid for months after its planned March 1, 2022, grand opening.

That was when there were only artists' renderings to go by.

The trouble started a few weeks ago, when Disney began teasing its loyal audience with preview videos and pictures shot inside the hotel, which was built alongside Disney's Hollywood Studios park at Florida's Walt Disney World.

The company expected rapturous praise, but as soon as fans got a look at actual images, they began going online in large numbers to issue red-alert warnings about what they interpreted as a shoddy, not-very-accurate Star Wars experience.

This is a Disney rendering of the hotel's lightsaber "training" experience: 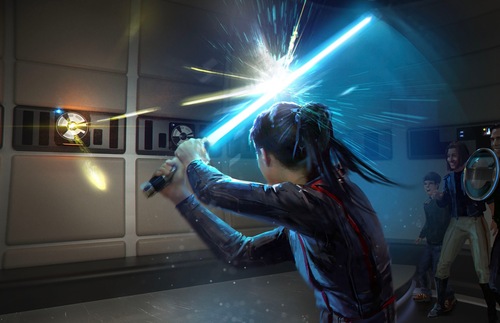 And below is a still of a video in which Josh D'Amaro, Disney's exec in charge of theme parks, visits the same room in reality. 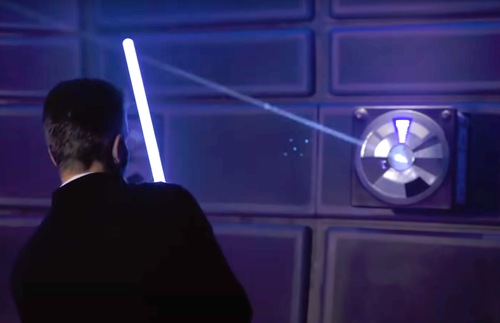 One top-rated comment on the YouTube page for the clip decried the experience as "a poorly executed idea for the rich." Other commenters blasted it as the equivalent of a momentary distraction that's only suitable for an Instagram photo.

This view of a corridor in the hotel has fans complaining it feels more like a hospital or a school than an extension of the fanciful scenic design found in a filmed Star Wars property. 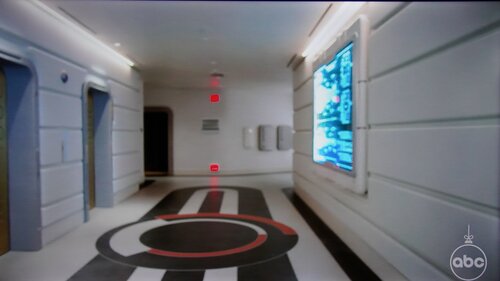 The die-hard fans who had been willing to shell out thousands of dollars for an authentically rich, meticulously designed adventure began complaining that the hotel looked like a knock-off imposter.

I realize now Disney didn’t make the Galactic Starcruiser for Star Wars lovers. They made it for rich people who think Star Wars is neat.

Even the quality of the promotional videos was shredded: "In all honestly the video appears so cheaply made it looks like it was filmed in someone’s apartment in front of a green screen," wrote the Pirates & Princesses fan blog about a mock orientation video released by Disney (pictured below). 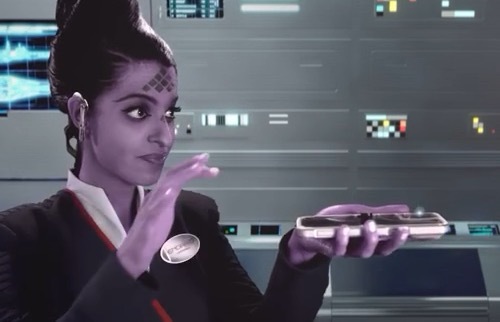 Disney, in an uncharacteristic move, backtracked.

Without warning, it scrubbed all traces of those preview videos from its websites and social media channels—but not before fans preserved copies to mock.

But the damage appears to have been done. The reservations calendar for "voyages" at the previously sold-out hotel began showing availability, which strongly implies that customers with early bookings were deciding to cancel.

And that only caused the chorus of public ridicule to grow louder.

https://t.co/OXWVF9Ph9s I love Disney as much as the next person, but if you're spending $6k for two nights for 4 people, I would immediately cancel my trip after seeing this trailer #Disney #StarWars #galaticstarcruiser

It's hard to say what's going on inside the Disney company because it preserves a Soviet-style cloak of secrecy over anything that hasn't been calculated for release for marketing purposes.

Perhaps the preview videos were always meant to be yanked down after a few days, or maybe there's truly internal panic over how poorly they were received. Maybe the company is racing to enrich the hotel's designs before the March opening, or perhaps it's just working on producing new promotional material that is more crowd-pleasing.

What matters more, at the moment, is the domino effect of the initial reaction—and that's been a public relations meltdown.

"Disney has not only scared off us poor people who can't afford it, but they've scared off the people who can afford it by making it look like it's going to be a dismal, stupid experience," said vlogger Vito Gesualdi in a blistering takedown of one of Disney's teaser videos.

Even fan sites that usually celebrate Disney's endeavors have found themselves on the Dark Side. The WDW News Today site drubbed the project as the "Starloser Hotel," and the Mickey Views YouTube account declared the project "a galactic failure."

Although I am the author of Frommer's guide to Disney World, I have no personal opinion about the Galactic Starcruiser as a product because it's not open yet and so I haven't been inside. But I have to agree with people who detect a big gap between the fantastical promise and the rather more generic reality—and if the Disney company is going to dare to charge families $6,000 for two nights, it had better be prepared to defend the value in the court of public opinion.

Until March 1, when the hotel opens its mock airlocks to the public, all reviews are conjecture.

But one fact is certain: Disney's pricing demands finally seem to be catching up with the company.

The more it charges and the more exclusive it becomes, the more customers will rightly hold a magnifying glass to the quality of what's being delivered—and Disney is finally learning the hard way that its biggest fans have their limits to how far they can be pushed.

We asked Disney to confirm whether there has been significant number of cancellations for the hotel and to confirm why the promotional materials were removed. So far, it has not replied.