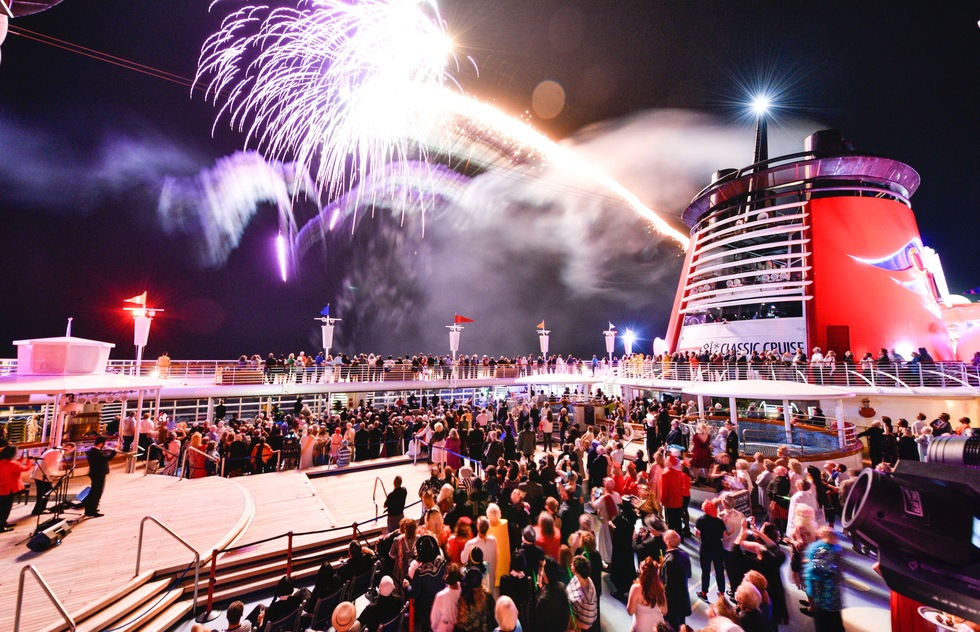 Frommer's Will Be Aboard the TCM Classic Cruise on the Disney Dream, Nov. 12–17

For many of us, movies and entertainment play a central role in inspiring us about where to go. Some of the greatest vacations we've had came after we saw a place on screen and were instilled with a romantic desire to experience it for ourselves.

But it's highly unusual to get to travel along with the celebrities that are on those screens.

Themed cruises have become a big market—it's possible to sail on special-event excursions catering to everyone from The Golden Girls nuts to motorcycle enthusiasts to amateur genealogists to Trekkies to fans of Broadway's biggest talent. Despite the rise in the popularity of the specialty cruise, Frommer's has never joined one for our coverage.

This year, that changes. We'll be joining the TCM Classic Cruise, which sails on the Disney Cruise Line's Disney Dream from the Port of Miami from November 12 to 17, calling at George Town, Grand Cayman; at Disney's private island in the Bahamas, Castaway Cay; and spending two days at sea.

TCM, as surely most Americans know, is Turner Classic Movies, a channel that for nearly three decades has broadcast uncut classic films 24 hours a day.

Frommer's has often found TCM film history at the intersection of entertainment and travel, such as when we chatted with channel co-host Alicia Malone about some of filmdom's greatest uses of real locations, or when we explored the wanderings of TravelTalks, the mostly forgotten Depression-era film series that took audiences around the world years before jumbo jets could do it.

On the 2022 TCM Classic Cruise, we'll be experiencing travel from a new angle: with celebrities.

Each time TCM hosts this event—which it hasn't been able to do for three years—it books a few household names to join, and during the trip, vacationers can attend live Q&As, movie screenings, and mixers with the stars in the manageable, contained environment of a cruise ship.

In 2019, the TCM Classic Cruise's special guests included the great Mitzi Gaynor and the legendary Cicely Tyson, who discussed a retrospective of her work with CBS Sunday Morning contributor and TCM co-host Ben Mankiewicz (pictured below).

Mankiewicz has a long track record of gaining the trust of even the most persnickety and question-averse entertainment icons, and the event turned out to be one of the final opportunities to hear stories from Miss Tyson, because she passed just 15 months later. 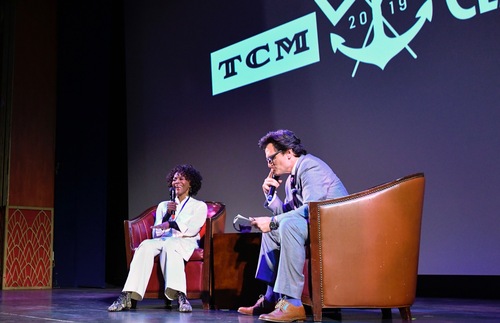 For the 2022 edition, TCM has booked a few more legends you don't often see laying themselves bare to the public. One of them is Chevy Chase, the world-famous comedian from Caddyshack, Fletch, Community, and Saturday Night Live's formative seasons.

Also attending—and opening himself up to discussions about working with everyone from Bruce the Shark to to Audrey Hepburn—will be Academy Award-winning actor Richard Dreyfuss.

Film history guru Bruce Goldstein, respected for his scheduling acumen at New York's landmark Film Forum and who is on the Library of Congress' National Film Preservation Board, will also join.

Frommer's was invited by Turner Classic Movies to join the voyage as its guest, but we'd like to stress that we have no financial relationship with the event and we receive no commissions for bookings. We'll simply be along for the ride to tell you what we learn—and we're counting on it to be a trip like few others we have ever taken. Particularly considering the lineup of talent that's scheduled to be there, we have no idea what to expect.

We at Frommer's have made our name by telling you how to repeat the trips we took—but usually, we travel incognito. This time, we'll be vacationing with the stars.

Learn more about the TCM Classic Cruise at TCMCruise.com.

And if there's something you'd like us to ask any of the special guests while we're on board let us know over on our Facebook page.