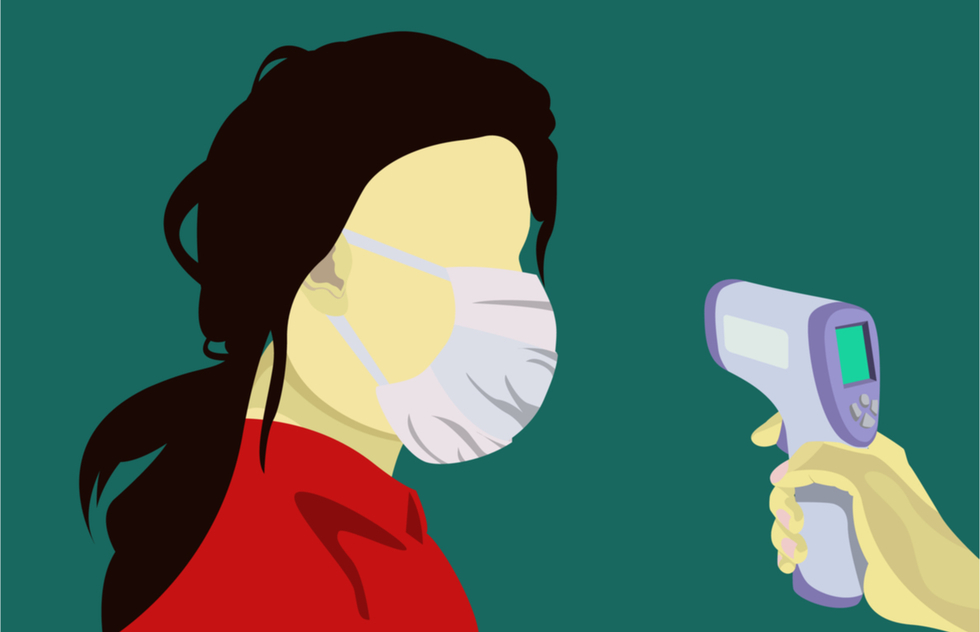 Frontier Airlines Is Now Checking Temperatures—Will It Matter Much?

Nearly a month ago, Frontier Airlines announced that it would be the first U.S. airline to screen passengers for high temperatures. Several weeks have gone by, but on June 1, the budget airline's policy finally goes into effect.

Now customers will be scanned with a touchless thermometer, and anyone whose body temperature exceeds 100.7°F (38.1°C) will not be permitted to board.

Checking temperatures has become a new trend. Even the major Orlando theme parks will be screening both guests and crew for fevers when the parks begin reopening this week. Walmart and Amazon say they're screening employees, too.

Businesses are making a big show out of instituting temperature checks, but what do they actually accomplish?

There's probably a reason the other airlines haven't all rushed to introduce similar policies.

Temperature checks might catch people who are suffering from symptoms, but it's been well established that people infected with Covid-19 can still spread the virus without having any symptoms whatsoever.

According to MIT Medical at the Massachusetts Institute of Technology (MIT), "it is now estimated that up to 25 percent of infected individuals remain asymptomatic and may unwittingly infect others."

Temperature checks can't stop those spreaders from boarding aircraft. All that screenings can do is stop the subset of carriers who feel terrible—whether the cause is the virus or something else.

What's more, medical research has led some professionals to recommend against relying on the accuracy of non-touch forehead thermometer readings altogether.

For the most accurate readings, doctors prefer rectal readings—but let's not.

Frontier Airlines CEO Barry Biffle has called temperature readings "an additional layer of protection for everyone onboard." That's a fair way to portray the measure. He isn't pretending temperature checks are a panacea. They can't catch everyone who's infectious, but the screenings will catch the people who have fevers.

If Frontier really wanted to go the extra mile for safety, the airline would make sure every passenger has a mask and would promise to give passengers better personal space by blocking middle seats.

But while Frontier requires facial coverings, the airline won't provide them. And Frontier won't block middle seats, either—in fact, the carrier tried charging customers $39 to sit next to empty middle seats, until a public outcry shamed the airline into dropping the fee.

Another problem with temperature checks: As reported by the air travel website The Points Guy, airline workers aren't technically trained to make medical diagnoses, so using a thermometer reading to deny a passenger boarding puts airlines in a legally disputable gray area.

Non-contact temperature checks are pretty much a form of Coronavirus Security Theater. Maybe we're willing to play our part, and maybe we're grateful for the "additional layer of protection," but let's be honest: It's a thin layer.