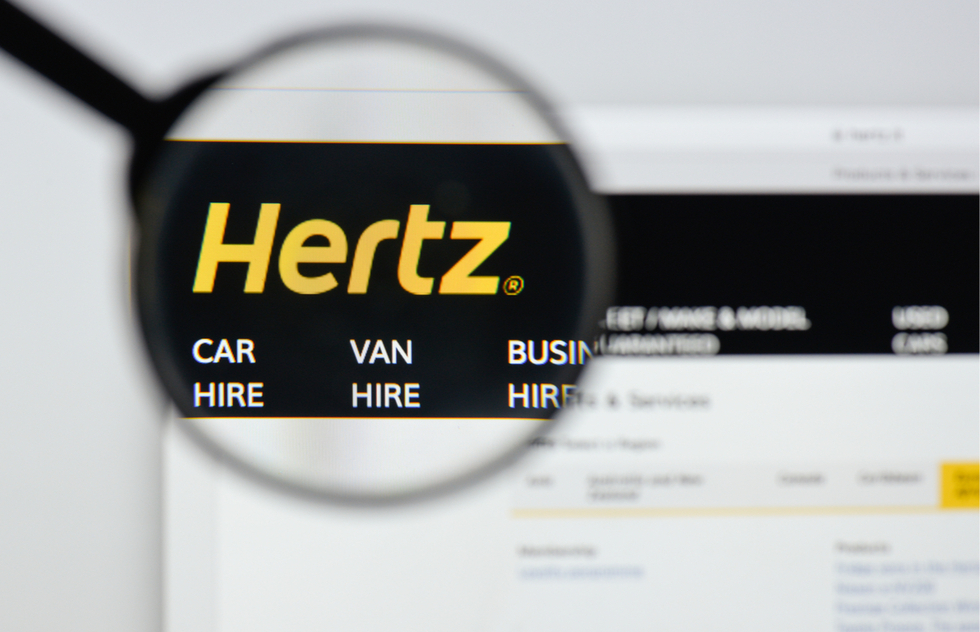 Hertz Accused of Slapping Fees on Innocent Customers: How to Protect Yourself

The article tells the tale of a family who picked up a rental car, complained to Hertz staff that the vehicle didn't look like it had been vacuumed, but were blown off by being told there were no other vehicles available. Since Frommer's and other news outlets have been covering the nationwide rental car shortage, the family figured they had no other options and drove the car off the lot.

A few miles down the road, a 7-year-old in the group asked from the back seat about a "plastic thing on the floor." I'll clean this story up by relying on a big word: It turned out to be a used prophylactic.

The horrified customer called Hertz, and, as related to the Times, the rental company's customer service rep seemed not very bothered by the incident, offering a measly $100 off the dirty rental.

Then the company made that even measlier after the car's return by adding a $75 cleaning fee for dog hair removal.

The family didn't have a dog.

The journalist behind this infuriating report, David Lazarus, wrote that the story "makes me wonder if Hertz was deliberately inflicting gratuitous fees on customers as it wrestled with shaky finances."

The matter reminded him of another bogus fee allegedly charged by Hertz. This one was in June from a Los Angeles-area man whom Hertz slapped with a $400 smoke damage fee—even though the man doesn't smoke and says he didn't permit smoking in his rental car.

And it reminds us of the very dark lawsuit filed last year by multiple men, some of whom were tossed in jail because Hertz accused them of stealing what the customers insisted were lawful rentals. (As of last month, Hertz was still insisting that some of the cars were not returned on time and therefore assumed stolen.)

Whether Hertz is intentionally slipping spurious charges onto drivers' bills or if all these things are simply alarming and suspiciously repetitive misunderstandings, the advice is the same.

Document everything before you leave the lot.

Is there a tiny dent in the door? Photograph it. Is a fleck of paint missing from the corner of the bumper? Photograph it—and don't delete any images until well after your trip is over.

In fact, use your smartphone to shoot everything inside and outside the car, even if it looks fine. That way, if you missed something, you can always prove that an alleged problem was there when you took possession of the car.

If it can't be photographed, require rental car staff to document it.

If your car smells like smoke but you don't have that habit, you could still be blamed for the odor later. Tell the staff what you smell before you leave the lot, and make them document your observation in your account.

Some customers mistakenly accept cars that don't have full fuel tanks. If the car is supposed to have a full tank of gas, make sure it does. And if the rental agent says you'll have to accept the car without a full tank because there are no other vehicles available, then make sure you get a satisfactory monetary credit on your bill. Ensure you see it written down with your own eyes.

Don't let the agent who gives you the car tell you it'll be fine. That person will not be there if the rental car company decides to charge you a fee (or worse, sue you) later.

There must be proof—if the agent won't note the issue in your file, use your phone's video function to make an audio recording of you telling the rental staff about what you have observed. Inform the staff you're making the recording because the information isn't being added to your folio.

Get all rental agreements in writing.

There's really no such thing as a handshake agreement when you're dealing with a giant company that employs lawyers who aren't in the room with you, so if you have to amend your reservation in any way, you must make sure you receive written proof the change was made.

That was the mistake the arrested men generally had in common—some say they got verbal permission to keep the cars longer, but Hertz claims it never agreed. If those changes had been in writing, there would be no dispute.

Check your charges about a week later.

Let's pretend you operate a shady car rental branch. You'd know that once most people finish their travel, once the car is returned and the vacation is a memory, they rarely check their credit card statements to ensure the charges haven't been padded with post-rental fees.

If you were a sketchy sort, you'd know that you could rake in a fortune by quietly tacking fees onto people's bills. A few fees here, a few charges there—who'll notice?

That's why you should always revisit your travel-related charges after they have posted to your account—usually a week or so after you return home.

Credit card statements usually only display final totals, so if you're going to spot errant charges, you might have to obtain an itemized folio from the vendor. Not the one handed to you by the agent who checked in your car, either—check the final charge that posted to your credit card to ensure nothing additional was tacked on after you left.