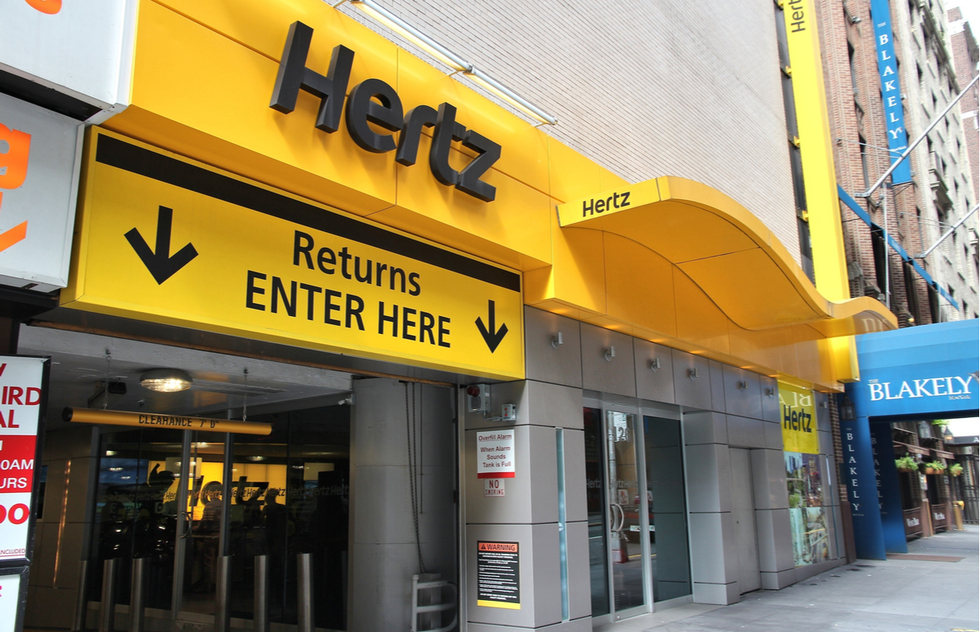 Rent a car from Hertz and your road trip could end in unjustified jail time, or so a lawsuit filed in Delaware on behalf of nearly two dozen plaintiffs alleges.

The accusers—all former Hertz customers—say they were arrested and in some cases thrown in jail because Hertz falsely reported them to the police for stealing rental cars.

Among those suing the financially troubled company are Julius Burnside (seen in the video below), who says he spent seven months in jail for the theft of a car even though he paid for an extension on his rental agreement.

Philadelphia ABC affiliate WPVI-TV highlighted the case of another plaintiff, Hanna Ayoub, who was arrested for stealing a rental car because of non-payment. But Ayoub has a recording of a telephone call in which he speaks to a Hertz representative who tells him that his credit card payment "went through."

(For the record: Hertz told the TV news reporters it has no record of Burnside's extension, and that Ayoub's card was declined, despite what his recording captures. Burnside eventually took a plea deal; prosecutors ended up dropping the case against Ayoub.)

The suit filed on behalf of Burnside, Ayoub, and 18 others with similar stories claims that Hertz, which also owns the Dollar and Thrifty brands, knowingly employs a glitchy and outdated computer system that doesn't always register rental extensions and payment details.

According to the plaintiffs, Hertz fails to investigate problems that arise from the company's faulty systems, and instead goes straight to law enforcement to report vehicles as stolen.

Francis Alexander Malofiy, an attorney representing the plaintiffs, accuses Hertz of using the criminal justice system as a "repo service," according to a report in the Naples (Florida) Daily News. He argues that the company simply can't keep track of its cars and uses false criminal reports as a way of corralling the fleet.

That would be a plainly outrageous combo of corporate negligence and corporate abuse of power.

Hertz disputes the allegations. Pointing to its top ranking in customer satisfaction surveys from J.D. Power, company reps told the Naples newspaper that Hertz denies the false arrest claims and only alerts law enforcement authorities about stolen vehicles as a "last resort."

The lawsuit isn't the only or even the biggest threat facing Hertz at the moment. In May, the company filed for bankruptcy, brought on in no small part by the economic hardships accompanying the global pandemic.

That filing put a hold on all pending litigation, including Malofiy's lawsuit.

If the company is to survive its money woes, it seems a fair question whether consumers can trust Hertz to fix internal systems if they aren't working—and to look into those problems in good faith before running to the cops to accuse customers of felonies.

UPDATE, July 27: After publication, Hertz responded to this story by releasing the following statement:

"We have extensively reviewed the lawsuit and strongly dispute the claims. We have compiled significant evidence and will vigorously defend our case in court. Alerting the authorities is always a last resort but sometimes necessary after all options have been exhausted to retrieve a vehicle from a customer who has refused to return it, isn’t responding, and isn’t continuing payment. Alerting the authorities typically only happens at the end of an extensive, multi-week process that includes phone calls, texts, emails, and certified letters asking the customer to return of [sic] the vehicle.

"Our customers’ safety and satisfaction are our top priorities and are demonstrated through our industry leadership, including our #1 in customer satisfaction ranking by J.D. Power. We have robust policies and practices to help our employees provide the best service and experience for our customers. We routinely review and enhance our processes, systems and training to ensure they meet our high standards."