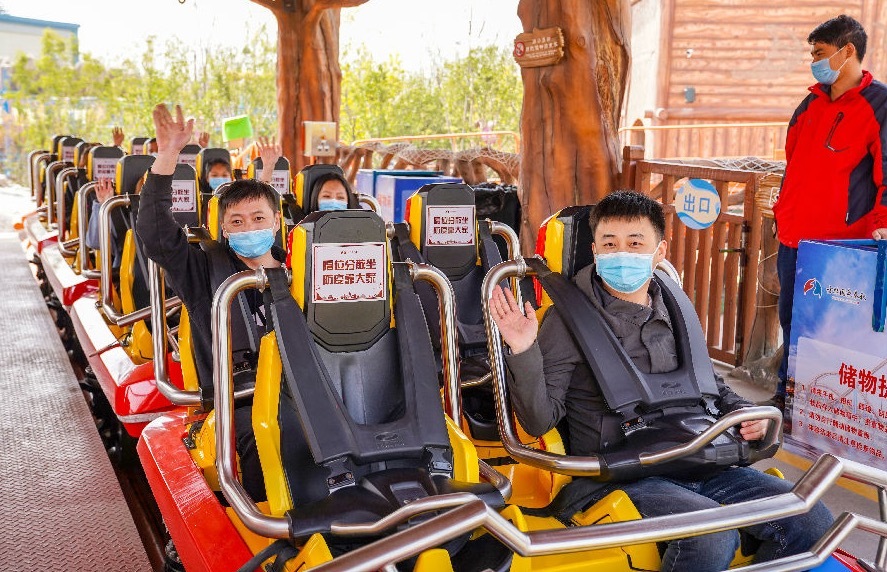 On Monday, the respected site Theme Park Insider published a story that reportedly came from an inside tip.

The site claims that Walt Disney World in Orlando is considering reopening just one of its four theme parks first in order to test new sanitary and safety procedures before rolling them out to the rest.

It's just a proposal, Theme Park Insider stressed, but it shows that Disney executives are fully engaged in figuring out ways to rebound as soon as possible.

No matter what you have heard, no American theme park has announced an opening date as of this writing. One outside analyst pessimistically predicted no reopenings will happen until 2021, but that date has received no confirmation from anyone on the inside.

Disney's resorts are accepting hotel reservations beginning June 1, but no date for the reopening of the parks has been announced. That means customers who book hotel rooms for June could wind up getting refunds if the parks' comebacks are delayed.

Believe it or not, some amusement parks in Asia are already back in action. On April 22, most of the resorts operated by the Chinese theme park company Fantawild reopened for business.

But not for business as usual. They're running with carefully designed limitations.

Theme parks elsewhere will have to open eventually. Depending on how the new Asian strictures work, American theme parks may adopt some of the same procedures when they come back.

As reported by the U.S.-based Attractions Magazine, the New Normal for Asian theme parks includes these regulations:

• Daily attendance is capped at 50% of maximum capacity.

• At any one moment, only 30% of the park's maximum capacity may be reached.

• All guests are required to make advance reservations for entry, and guests are admitted in groups according to a prescribed schedule.

• All guests must wear face masks.

• All guests must pass a body temperature test to enter.

• Inside the park, all guests must maintain a distance of 1 meter (about 3 feet) from other people.

On rides, staff members are disinfecting shared items such as vehicle arm rests, lap bars, and 3D glasses after each use—a process that slows down the speed at which attractions may be loaded.

Slowing operations further: Every other seat is left empty (pictured above), cutting per-ride capacity in half.

In restaurants, all utensils are disposable and tables have been distanced from one another.

Safety efforts for American theme parks are expected to be almost the same.

In Florida, similar measures are currently on the table for discussion. In a tourism industry conference call last week, the head of Universal Resorts said the company is also considering measures such as only using every other aisle in queue areas.

Even before the pandemic, Universal Orlando was already using "virtual queue" technology at its water slide park and for some second-tier attractions. Using that method, guests schedule a time to visit the attraction using the official Universal app or a special device worn on the wrist. Instead of shuffling along in a line out the door, you simply show up when your scheduled time arrives.

If the company wishes to expand that system to all attractions in an effort to keep customers from having to huddle together in line, the groundwork has already been laid.

Disney parks, too, had already been using similar technology for Fastpass+ and MaxPass programs. If the parks could solve the problem of what to do with all those people while they wait for their reservations, those systems could be expanded without massive infrastructure investment.

The rumors of 2021 returns notwithstanding, American park operators have been demonstrably restless to open as soon as possible.

Universal has sent a poll to pass holders to float ideas for post-pandemic operational measures. Suggestions that were run past the parks' most faithful customers included implementing touch-free purchasing capability for everything, getting rid of self-service food stations such as buffets and fill-your-own beverages, and suspending the use of cumbersome X-ray security conveyor belts positioned at security checkpoints.

Guests were even asked if they would be willing to agree to a rapid, 15-minute coronavirus test before being allowed to enter. Given how rare testing remains in the United States, it's unclear how the parks—even considering their vast political power over their states' economies—would manage this, but the question proves that the governing companies are at least looking into it.

American parks have also indicated their intentions to subject staff to rigorous health screenings and safety measures, such as requiring daily temperature checks and face masks at all times.