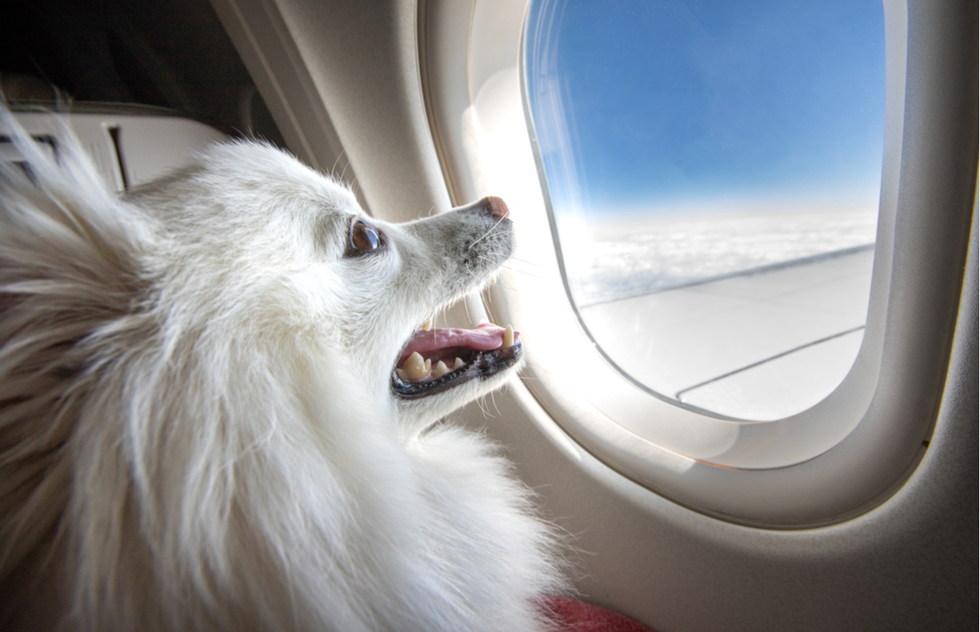 It's Official: Emotional Support Animals Can No Longer Fly Free

The days of getting free flights for your untrained emotional support Pomeranian are over. The government has closed the doggy door.

The U.S. Department of Transportation (DOT) has issued a final rule amending the section of the agency's Air Carrier Access Act that deals with service animals.

The new rule reclassifies emotional support animals as pets and allows airlines to apply their pet policies—and the accompanying rules and fees—to the humans traveling with those animals.

The DOT now defines a service animal "as a dog, regardless of breed or type, that is individually trained to do work or perform tasks for the benefit of a qualified individual with a disability, including a physical, sensory, psychiatric, intellectual, or other mental disability."

Qualifying pooches will still fly for free—and note that animals providing legit psychiatric support (for flyers suffering from PTSD, say) are still allowed. The only difference is that airlines now have the government's approval to require passengers with disabilities to verify that their service animals are actually service animals.

That process will involve submitting to the airline an official form, developed by the federal agency, "attesting to the animal’s training and good behavior, and certifying the animal’s good health."

The government's move, which goes into effect 30 days after the rule is published in the Federal Register, effectively closes a loophole that was once as wide as a barn door. Without providing much documentation at all, flyers who didn't want to keep their pets in carriers or pay extra could claim the animals supplied vague, unverifiable emotional support, leading to flights filled with bad behavior from a menagerie of untrained beasts, including not just dogs and cats but also, on occasion, reptiles, rodents, birds, and insects.

Eventually, airlines grew weary of playing Noah and cracked down on the types of species and breeds from which customers could claim to derive supposed in-flight comfort. The DOT's latest ruling attempts to preclude potential deceptions for good.

The DOT's service animal definition gives airlines permission to say they will only accept dogs in the role (sorry, cats). The new regulation also lets airlines limit the number of service animals per passenger to two and require that each service dog is small enough to fit on a lap or within the "handler's foot space."