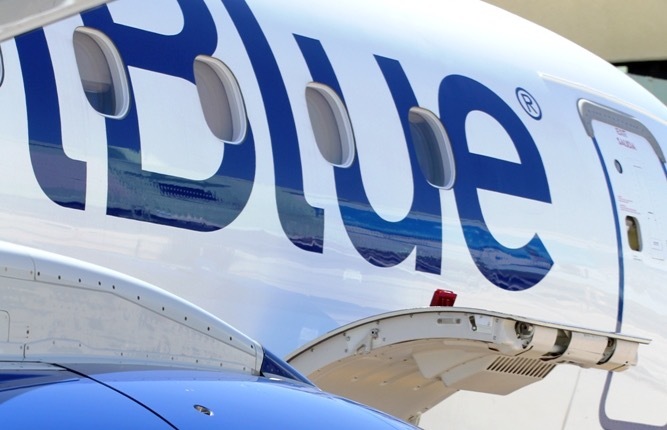 It's like a cautionary fairy tale. There once was a fun-loving, egalitarian airline that wanted to revolutionize the industry. All seats were given personal TVs, there was only one type of aircraft and one class of service to keep maintenance costs and fares low, and, best of all, there were no checked bag fees.

"No, no, no," promised the little airline. "We will not charge to check bags like all the giants!"

The airline was named JetBlue, and its arrival promised to bring joy and humanity back to flying.

But all fairy tales have a villain. For this one, it's Wall Street. After JetBlue went public, the company's ethics quickly crumbled. To satisfy shareholders, in came expensive business class seats. Tighter went the legroom. And in late 2014, by which time baggage fees had become standard on the massive carriers, the idealistic airline finally announced it was selling out and joined the goliaths. Not even passengers who had the carrier's branded credit card were permitted free bags.

This week, JetBlue, the airline created as a rebuttal to the callous carriers truly became one of them.

Second checked bags went up $5, too, to $40, and change fees were also hiked.

As always happens with the airlines, copycats will follow suit. They always do. After the other airlines introduced checked bag fees, JetBlue was one of the few holdouts that put customers first and refused to do it. Eventually, goaded by investors, the company caved (Southwest Airlines still hasn't).

Now, it's JetBlue that is breaking new barriers to inconvenience, pushing the competition to join it in raising bag fees.

The situation is similar across the Atlantic this week, where upstart Ryanair banned passengers with basic tickets from carrying hand luggage into the cabin. Now, only very small bags like purses and laptop cases go free. Only passengers who shell out for an upgraded ticket may bring bags into the cabin unquestioned. Otherwise, cases that weigh less than 10 kg (22 pounds) and fit under the seat will be charged £8 (over $10).

In Europe, too, the move is seen as an enticement for other airlines to follow suit. Which airline will be the first in America to start charging for bags in the cabin?

Update, August 31: As we predicted, the other airlines are joining. United Airlines has raised its fee for the first piece of checked luggage from $25 to $30. The fee for a second checked bag is now $40 within the United States (including Puerto Rico and the Virgin Islands), the Caribbean, and Central America. On flights to and from Canada, United's fee for a second checked bag jumps to $50.

Update: September 7: Add Air Canada and WestJet to the fee-hikers.