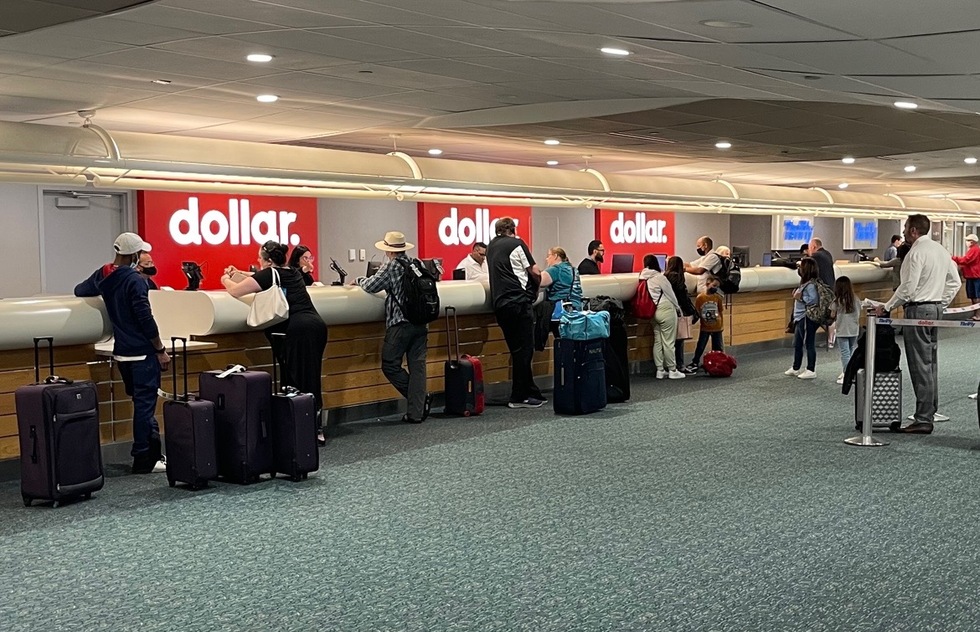 The Hertz Corporation, the rental giant that also owns Dollar Rent A Car, is facing a growing tsunami of lawsuits after having hundreds of customers arrested.

NewsNation, the Chicago-based nationwide news channel that used to operate as WGN, has been closely tracking the scandal.

Investigative journalist Rich McHugh broadcast a report on August 17 that was particularly damaging. McHugh obtained police body cam footage of the 2021 arrest of a Pennsylvania Dollar customer, Saleema Lovelace, who was on her way to pick up her daughter from school when she was apprehended for stealing Dollar's vehicle.

In the video, cops bundle the handcuffed and sobbing Lovelace into the back seat of a squad car even as she says she can show an authentic receipt for full payment for the rental.

The traumatizing scene has been repeated hundreds of times, lawyers say. As we reported in 2020, some Hertz customers spent months in jail until the courts eventually dismissed charges.

In case after case, the accused customers say they fully paid for lawful extensions to their rentals, but were reported to the police and arrested for stealing the cars instead.

McHugh suggested that the payment systems used by Hertz and Dollar may not be correctly updating car rental agreements that have been legally extended, resulting in false reports of stolen vehicles that are sent to police to enforce.

Francis Alexander Malofiy, a lawyer handling around 40 defense cases for customers in Florida and Delaware who say they were falsely accused, warns that "there's going to be hundreds" of additional lawsuits filed by aggrieved Hertz and Dollar customers.

Hertz would not directly address the claims to NewsNation, instead issuing a statement reading, "While we remain steadfast in our commitment to defend the company's interest against those that intend harm, we also want to do right by our customers."

Such non-denials notwithstanding, the fallout from the wave of false arrests has been going on for more than two years. When we first reported on the troubles in July 2020, just a few dozen lawsuits had been filed.

In June of this year, Hertz said it has extended settlement offers to "about three dozen individuals." At the time, McHugh reported that was out of more than 300 lawsuits the renter was facing.

The Los Angeles Times reports that although Hertz exited bankruptcy oversight in 2021, it created a shell company to deal with previous legal claims such as these false-arrest lawsuits.

Frommer's already warned readers about the claims of Hertz customers who insist they have been blindsided by erroneous fees. In one case, Hertz unilaterally reinstated a penalty that had been removed from a customer's bill by American Express.

Bloomberg reports that in one recent four-year period, Hertz filed suit against 8,000 customers annually for stealing cars. Not all of those arrests are in dispute.

The mounting claims against Hertz and Dollar are deeply concerning, raising a legitimate question of whether the brands' policies and procedures are in good order.

Until these public controversies are cleared up, we'd certainly think twice before committing to rentals with Hertz or Dollar.

If you are going to risk renting from one of the companies, we suggest fully documenting every step of the process, including taking compete photos of the inside and outside of your vehicle before you drive it off the lot and immediately after returning the car. Such documentation can prove whether damage you're charged for actually existed.

But even documentation may not save you the misery of being thrown into jail.

The NewsNation report above contains chilling footage of Lovelace, her hands bound behind her back, begging police to remove her smartphone from her pocket so she can show them the receipt that proved she fully paid for the car. It didn't matter—she was charged with a felony for receiving stolen property, leaving the courts to sort it out.

Lovelace is now suing Hertz for false arrest and for mental and emotional damages.

So far, her lawyer Malofiy says, Hertz refuses, for whatever reason, to rescind the police reports.