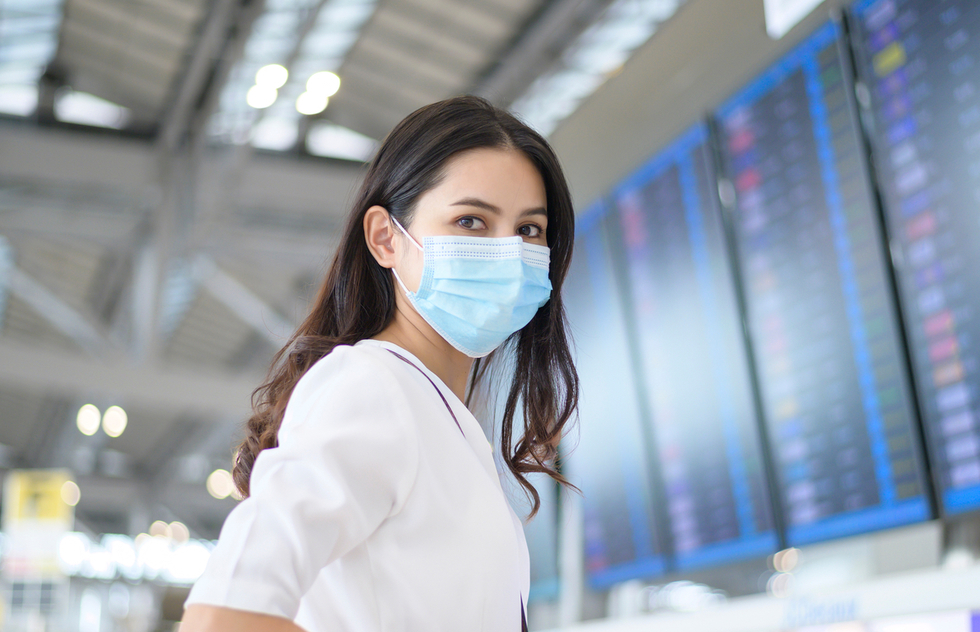 Maybe It's Time to Say It: Flights and Theme Parks Aren't Making Us Sick

One of the most difficult aspects of managing this pandemic has been altering our own perceptions and fears as more information becomes available.

The slow dawning of enlightenment reminds me of the way that the AIDS plague unfolded. During the early years of that crisis, as scientists raced to figure out how the disease was spread, the public fell into repeated panics. People thought you could get it from toilet seats. AIDS patients were kicked out of swimming pools, and actors on Dynasty were accused of infecting costars by kissing. Today, in the light of education, society's terrors—and the cruel ways they manifested—look downright medieval.

Some people never crawled their way out of the darkness. But for most of us, advancing discoveries caused us to adjust our expectations and our behavior.

The same is happening with Covid-19. In March, we were wiping down each piece of mail and box of corn flakes that came into our homes. Now, scientists have done enough hard work to let us know better. We're probably not going to get the virus from our groceries, we now know, because researchers have narrowed down the most worrisome vectors to exhalations from other people's mouths.

Passengers have been flying on airplanes throughout the pandemic. For the first weeks, most people crossed their fingers from the sidelines and waited to see what would happen.

But as the Wall Street Journal reported a month ago, "There are few known cases of transmission of coronavirus inside an airplane."

Many of us remain afraid of flying, yet no one can trace a single major outbreak to a flight. We have read about moments of suspicion, including some eyebrow-raising potential connections that mostly date to the weeks before the airlines arrived at protocols they use now, but nothing definitive.

There have been instances of airline crew falling ill, true, but if we are to believe the CEO of American Airlines (and there is no indication he's covering up major problems), pilots and flight attendants are catching Covid-19 at lower rates than ground employees.

Maybe it's time to say it conclusively.

Maybe we shouldn't fear flying as long as we take the precautions we've been taking.

There are logical reasons why airlines have not reported major outbreaks. One is the unique way air circulates on flights (as this airline cabin engineer explains), keeping air localized around each passenger. Another is that the airlines are taking measures to minimize risks, such as blocking middle seats and requiring masks.

In its official guidance, the Centers for Disease Control points out that it's not just about the airplane, but also about the airport. "Air travel requires spending time in security lines and airport terminals, which can bring you in close contact with other people and frequently touched surfaces," according to the CDC.

If passengers are going to remain safe, they must be rigorous about maintaining distance and following safe practices while in the airport terminal.

The biggest, most logical reason for trusting air travel should probably be in the form of proof. And in six months, the outbreaks tracked to airports have usually been restricted to workers who cluster together, such as at TSA checkpoints.

So if there's no proof that the airplane cabin is significantly unsafe, air travel shouldn't be an issue as long as travelers can safely navigate airport terminals.

And I'll go even farther.

When Walt Disney World, Universal Orlando, and other major theme parks reopened in June and July, naysayers shuddered. But now, nearly two months later, there have been no major outbreaks traced to those parks. Perhaps the safety measures being taken there are indeed enough. Most of us wouldn't want to slog around a theme park on a hot Florida summer day with a mask on, but none of us could point to a single established instance of park-going spreading Covid-19 to a new community.

There is no proof, even after all this time, that what the airlines and theme parks are doing is inadequate.

Indeed, there are indications that the measures work well. One study by MIT researchers determined that as long as airlines keep using the safety measures they're using today, including leaving middle seats empty, the risk of catching the virus on a flight could be as slim as 1 in 7,700. That's a lower risk than at many places on the ground, such as offices and retail stores. It's just a study, but again—the proof may be that we haven't seen major outbreaks.

Granted, the U.S. government has a lamentable record in testing and tracing compared to other countries. After all this time, the U.S. still has not developed programs and tools that would be adequate to track outbreaks with certainty.

But we do know enough about incidents to be able to detect commonalities. If 30 people fell ill and all 30 had been on the same American Airlines flight, that information would come to light.

Superstition is a powerful thing. But does it protect us from proven threats?

Your courage must determine your own choices. And I make it a firm personal rule never to mock others for how they choose to look after their own health. I support and respect anyone's choice not to fly or go to theme parks. I may not even be ready to go to Disneyland myself.

As the weeks go by, however, my trepidation feels more like superstition than a fear obtained by observing facts. Information has come in, and I am adjusting my expectations and my behavior.

What do you think?